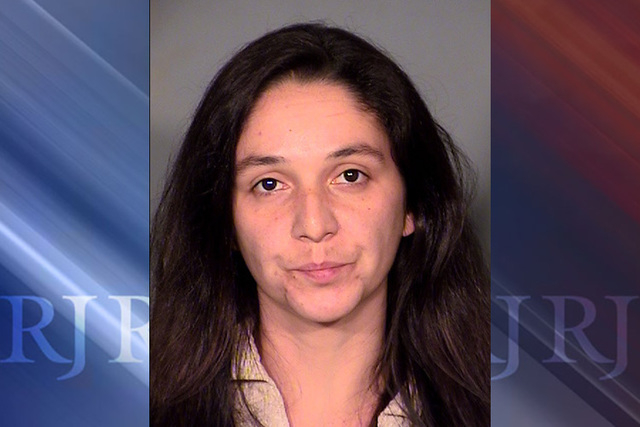 A Las Vegas woman is back behind bars after being accused of leaving the scene of a crash that killed a man who was struck while pushing his granddaughter in a stroller on the shoulder of Rainbow Boulevard.

Galina Kilova, 29, is in the Henderson jail on a U.S. Immigration and Customs Enforcement hold. She was jailed earlier this month in connection with the Nov. 24 death of Michael Grubbs.

Kilova was booked in Henderson on Tuesday after ICE picked her up. She will be held there pending a hearing before a federal judge.

ICE detains non-citizens who face criminal charges and who it deems dangerous.

Kilova entered the U.S. in 2006 on a non-immigrant visa that ran out after six months, ICE said Friday. She came from Bulgaria.

She turned herself in to Las Vegas police Dec. 2 after saying through a lawyer that she believed she was driving in the collision that killed 63-year-old Grubbs a week before. She was released on $20,000 bond the next morning. She faces a felony count of failing to stop at the scene of an accident that involved death.

ICE spokeswoman Lori Haley said the federal agency asked Metro for notification before Kilova was released but never got that word.

That highlights ongoing conflicts between local and federal law enforcement on immigration holds.

Metro announced in July that it would no longer honor federal immigration hold requests unless it was ordered by a judge. Las Vegas police cited recent court decisions that raised Constitutional concerns in its decisions.

Herb Sachs, Kilova’s attorney for the Las Vegas case, said he did not know if he or an immigration attorney would represent her in federal court.

A court date for Kilova’s charge in the fatal crash is set for February.