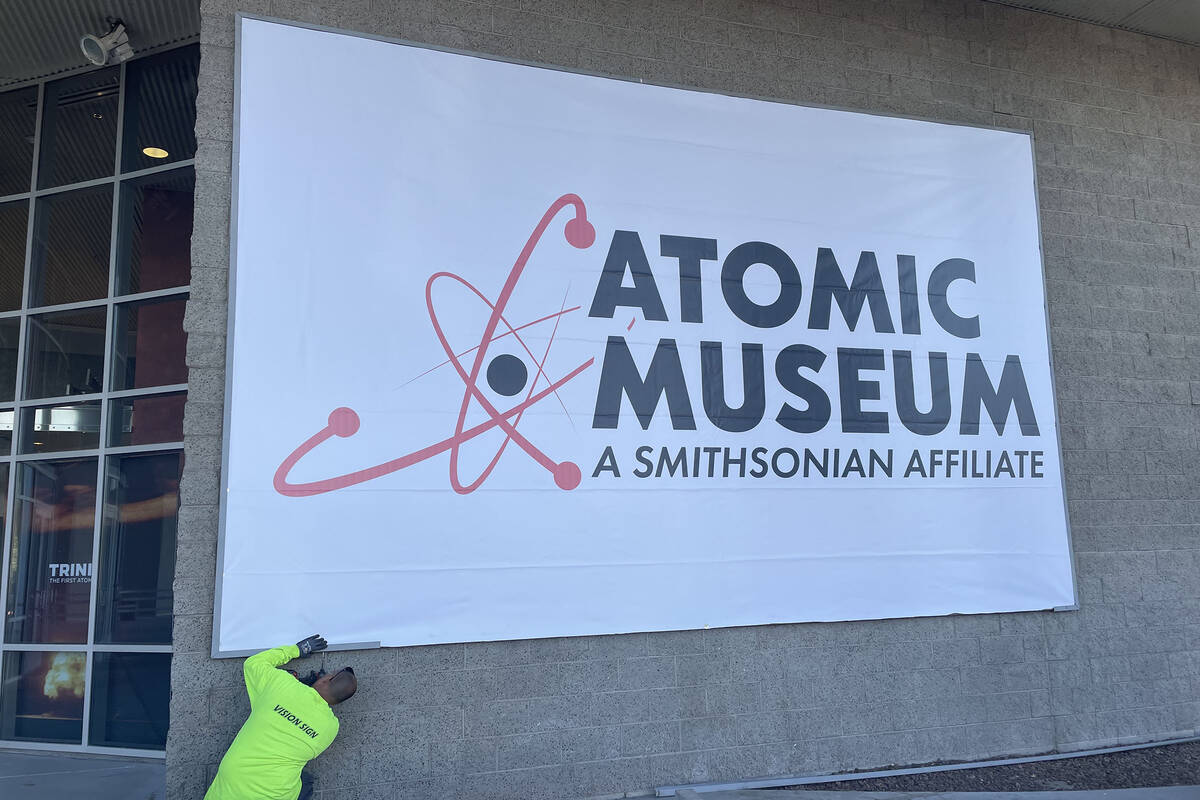 A worker installs a new sign to signal the renaming of the Atomic Museum in Las Vegas. (Atomic Museum) 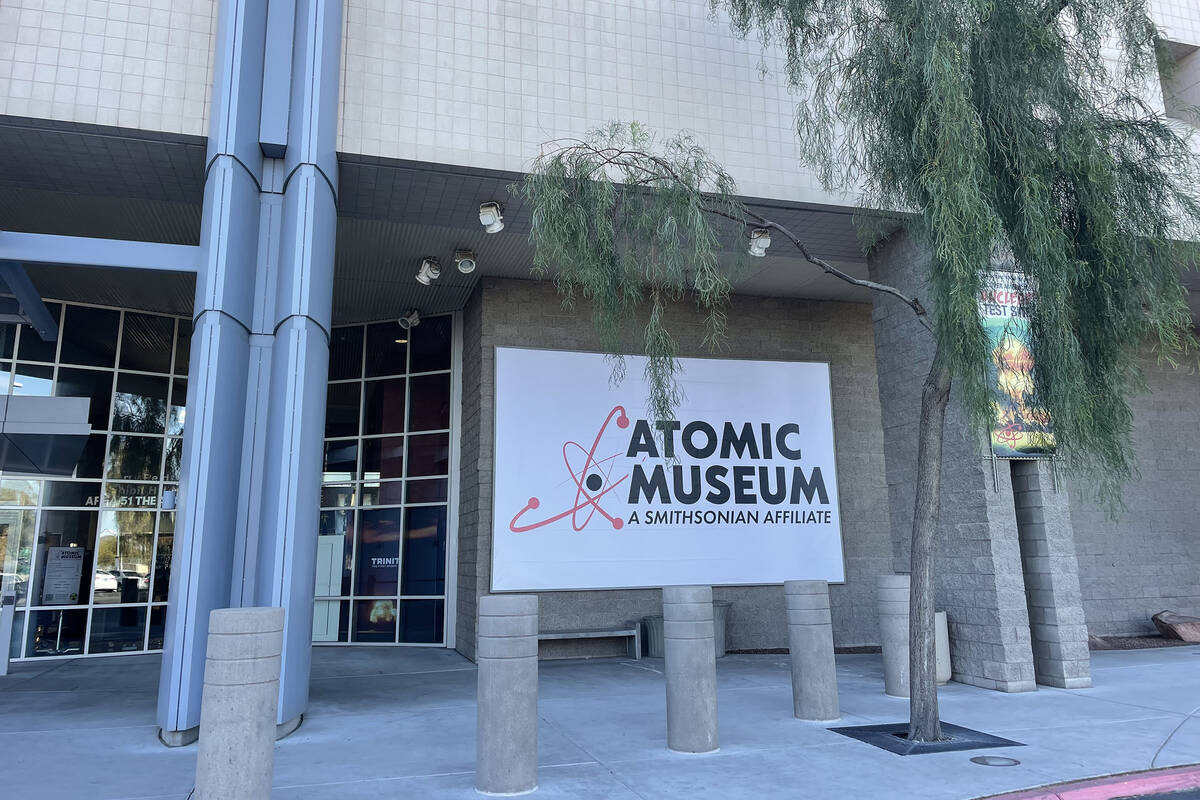 Known as the National Atomic Testing Museum since its inception, the Atomic Museum announced a new brand on Tuesday, Dec. 6, 2022, and a new mission of attracting more visitors. (Atomic Museum) 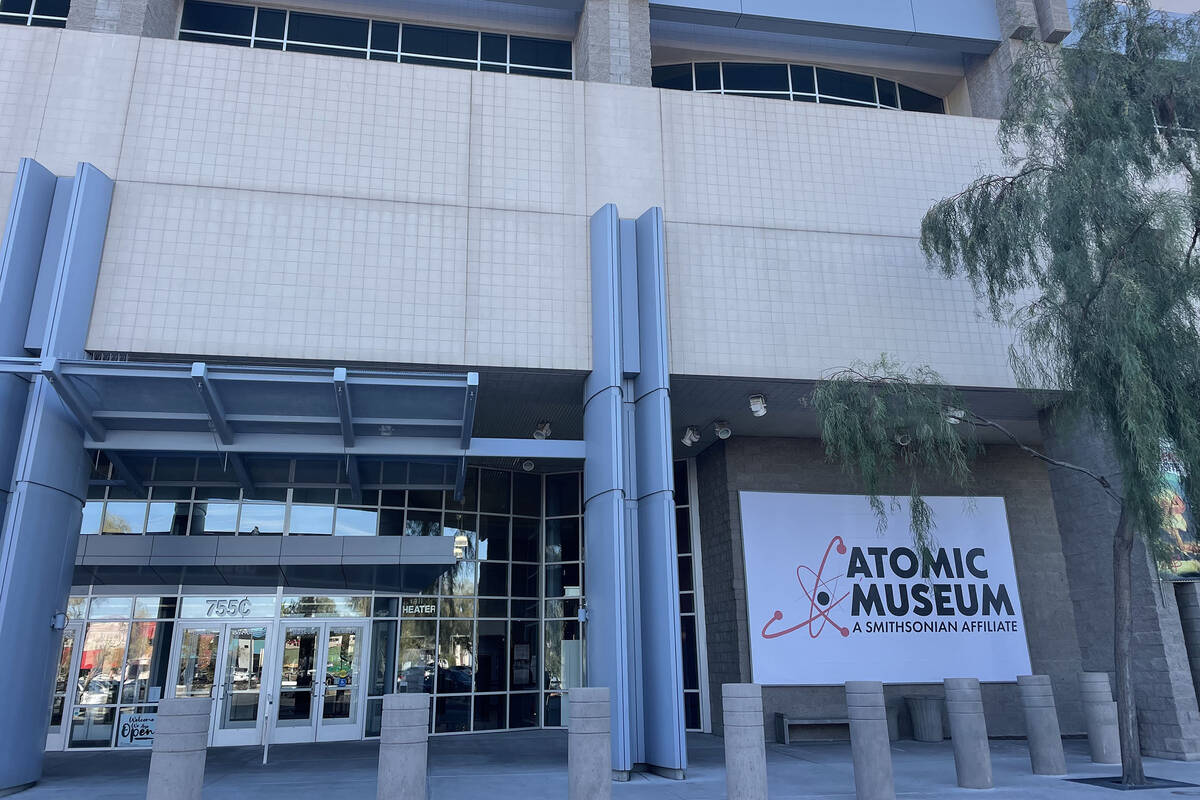 Known as the National Atomic Testing Museum since its inception, the Atomic Museum announced a new brand on Tuesday, Dec. 6, 2022, and a new mission of attracting more visitors, thereby increasing general knowledge about the history and impact of the nuclear industry throughout the world. (Atomic Museum) 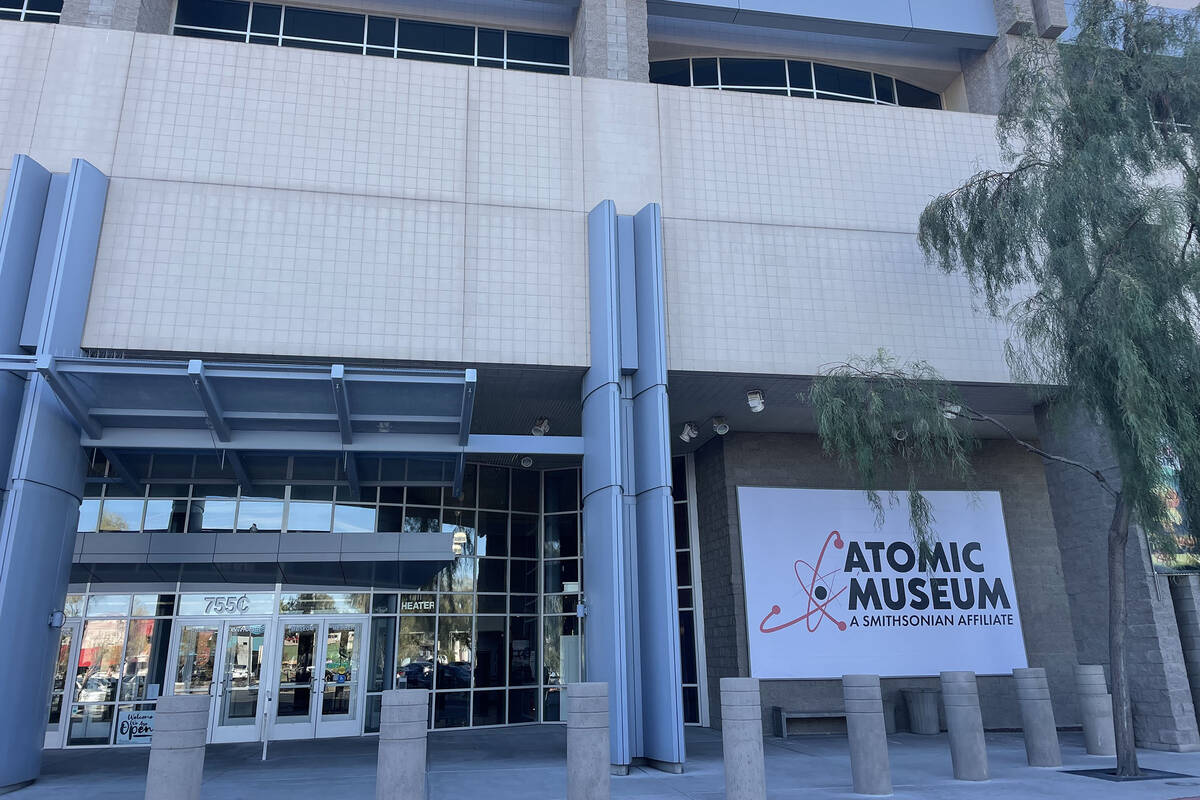 Known as the National Atomic Testing Museum since its inception, the Atomic Museum announced a new brand on Tuesday, Dec. 6, 2022, along with a new mission of attracting more visitors. (Atomic Museum)

A shorter name is leading to better exposure for the facility formerly known as the National Atomic Testing Museum.

Now christened the Atomic Museum, it is introducing a new brand and a new mission of attracting more visitors, the museum said in a news release.

“Atomic and Vegas are two of the most powerful words in the English language,” Rob McCoy, the museum’s chief executive officer, said in the release. “Combining the two only enhances our appeal to broader audiences. By adding new and expanded perspectives related to nuclear history at the museum, we look forward to engendering a greater sense of excitement and curiosity for all things atomic.”

Aiming to appeal to Las Vegas locals and visitors from around the globe, the museum, at 755 E. Flamingo Road, seeks to highlight programming, exhibits and content emphasizing not only nuclear history, but also a broader understanding of social, political and popular cultural impacts associated with the Atomic Age.

Since opening, the museum has established one of the most comprehensive collections of atomic history in the world. The current collection encompasses thousands of rare photographs, videos, more than 3,500 artifacts and scientific and nuclear reports and data.