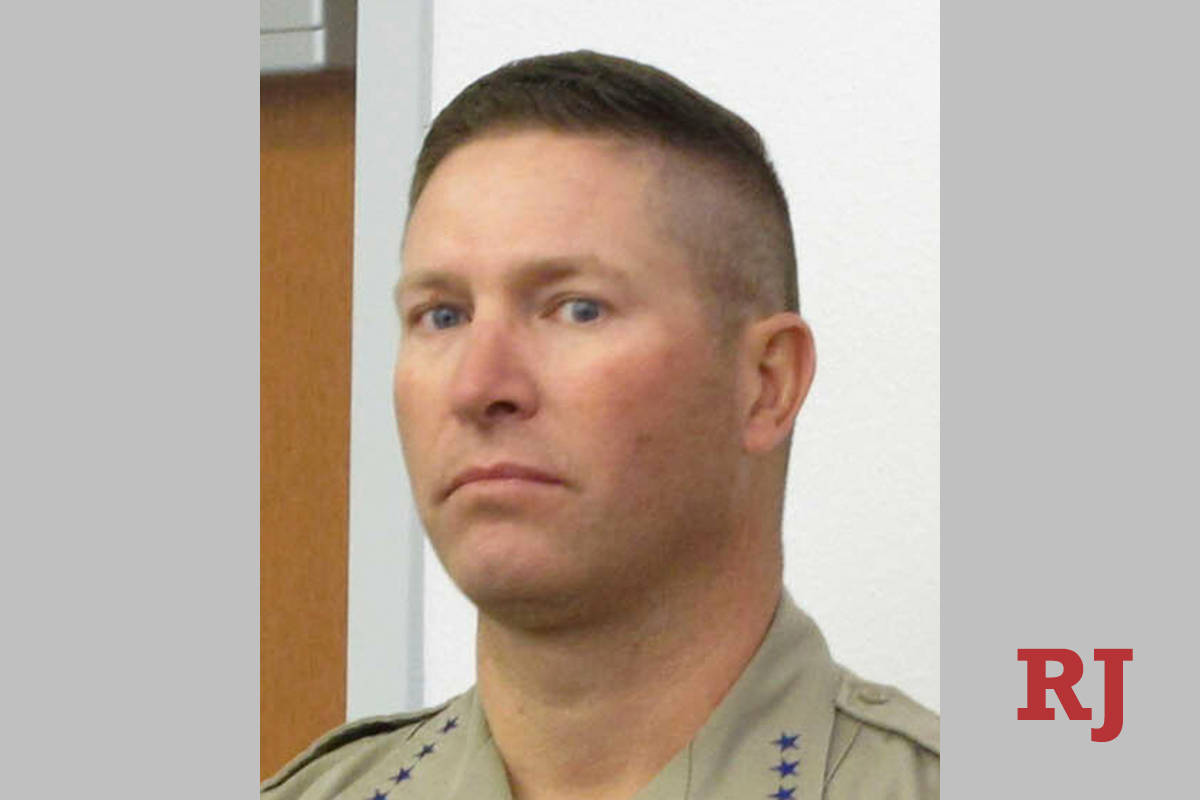 MINDEN — A small group of Black Lives Matter supporters on Saturday cut short a demonstration outside the office of a Northern Nevada sheriff and left amid jeers from people in a larger crowd of hundreds of counter-protesters.

A man wearing a white cowboy hat exhorted counter-protesters, including some who carried American flags and others carrying semiautomatic rifles on slings over their shoulders, to let the Black Lives Matter supporters to leave the area in peace.

“Let them out, guys,” the unidentified man said as a black sedan drove slowly through the crowd.

Douglas County Sheriff Dan Coverley came under fire last month after he posted a letter on his office’s website telling the library not to bother calling 911 for help after the library considered supporting the movement.

Coverley later backed off, saying his department would continue to respond to all 911 calls.

The sheriff said Saturday during an outdoor news briefing before the protest that he only meant that people didn’t have to call his office if they didn’t trust law enforcement. “I never threatened anything,” he said.

The sheriff also said law enforcement officers across the country were subjected to “unfair scrutiny based on the events of several officers thousands of miles” away.

Coverley said his office had established “free speech zones” for use by protesters and counter-protesters.

“The whole goal is that everyone can come and exercise their First Amendment rights and say what they want to say … safety, peacefully and we all go home,” Coverley said.

“We’re with Dan,” Coverley supporters chanted during the briefing.

The sheriff posted his controversial letter after the Douglas County Public Library considered publishing a statement in support of diversity and inclusion.

“We support #BlackLivesMatter,” a part of the statement said. “We resolutely assert and believe that all forms of racism, hatred, inequality and injustice don’t belong in our society.”

The library ended up abandoning plans to issue the diversity statement.

Library Director Amy Dodson has said the statement was meant to reinforce that the library welcomes individuals of all backgrounds.

“It simply was meant to state our inclusivity at the library, that we are open and welcoming to everyone and we treat everyone equally,” Dodson said.

Minden is 40 miles south of Reno.