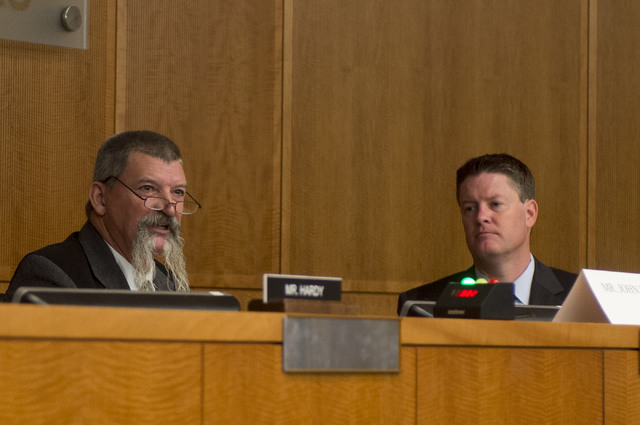 The director of the Bureau of Land Management in Nevada is leaving to take over as the bureau’s top man at the National Interagency Fire Center in Boise, Idaho.

John Ruhs announced his departure in an email to BLM staff members Friday.

Ruhs has served as state director since September 2015, when he was appointed to the post by Neil Kornze, national director of the BLM under former President Barack Obama.

Before that, he worked as a wild horse and burro specialist, a fire management officer in Winnemucca and BLM district manager in Ely.

Outside Nevada, Ruhs has served as the bureau’s senior special assistant in Washington, D.C., manager of the High Desert District in Wyoming, and in various BLM posts in Colorado, Idaho and Oregon.

“During my BLM career, Nevada is the state that I have spent the most time in. I truly love the resources, the people and the wide variety of activities and issues that we face,” Ruhs said in his email to staff.

The BLM oversees the management of 48 million acres of federal land in Nevada, roughly 67 percent of the state’s total area.

His replacement had not been named on Friday.

Ruhs will serve as BLM’s director at the Boise-based fire center, where eight different agencies and organizations coordinate wildland firefighting efforts across the country.