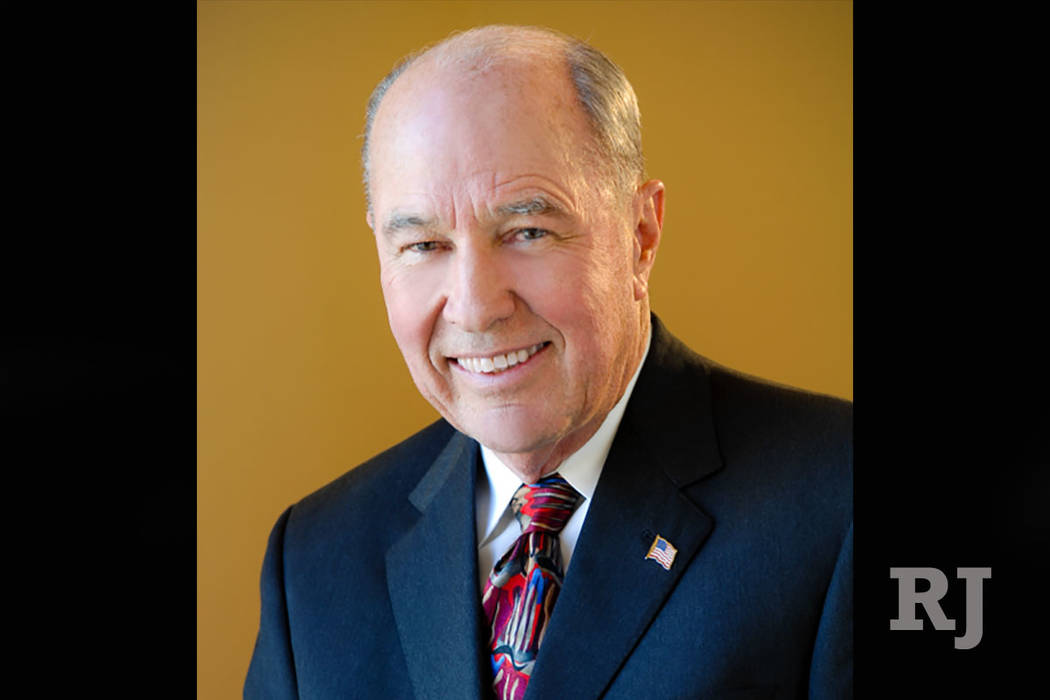 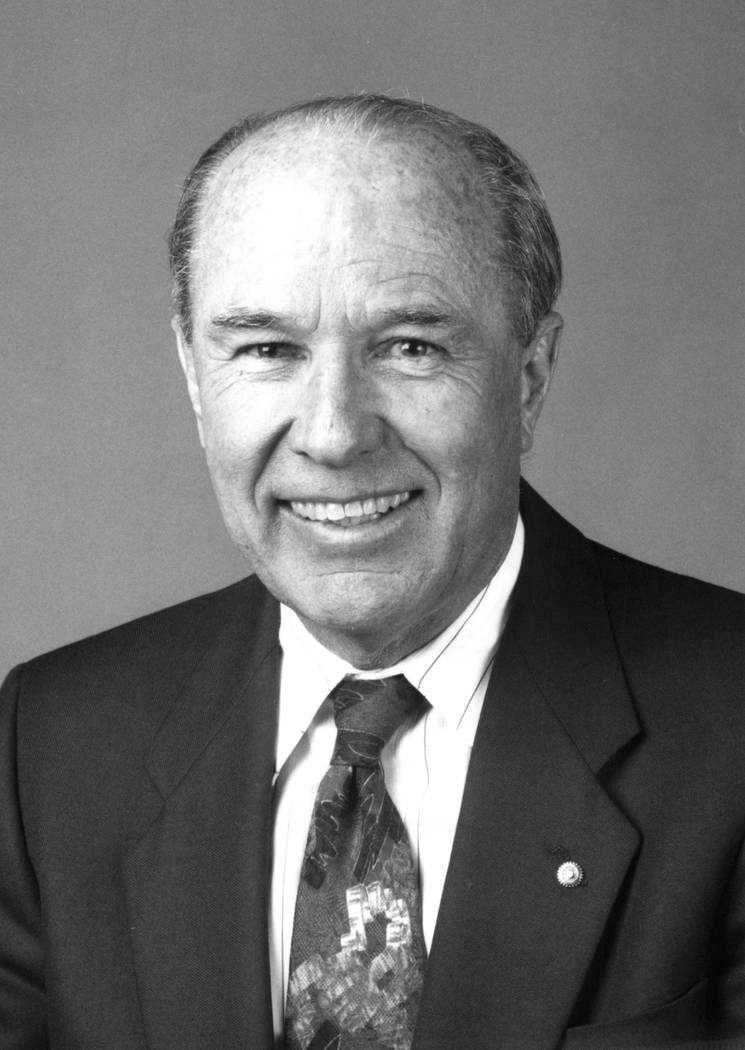 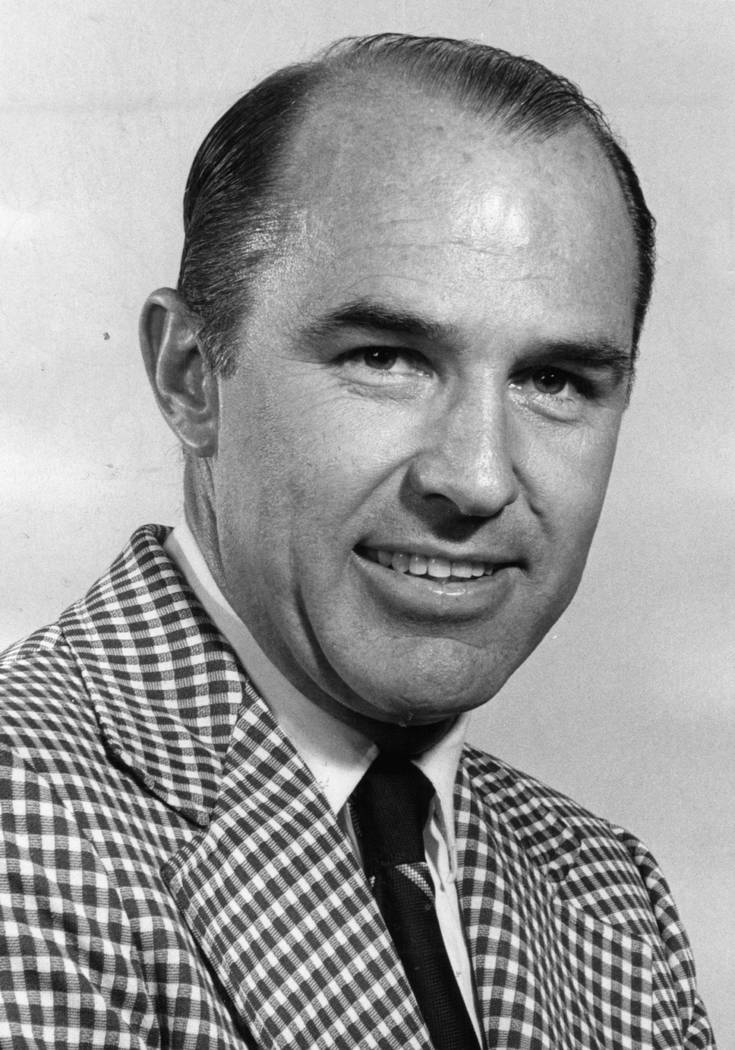 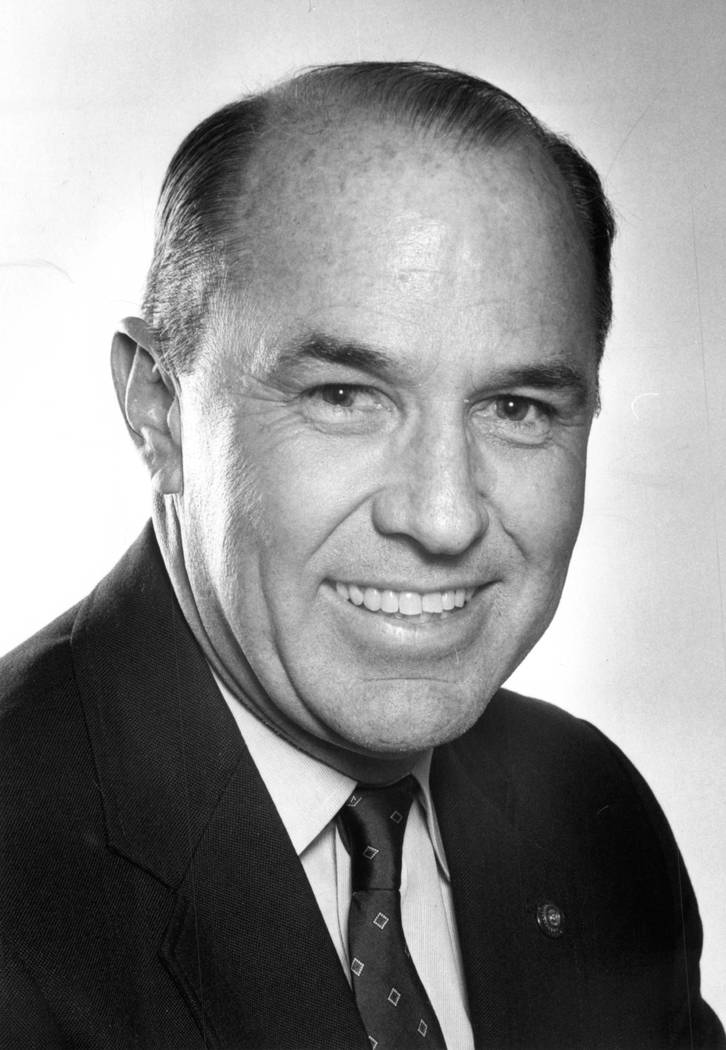 The Nevada native was born on July 30, 1935, in Paradise Valley, a ranching community 40 miles north of Winnemucca, to Ella and John Ferraro.

Ferraro was appointed to the Boulder City Council in 1976 and served three appointed terms as mayor before becoming the city’s first elected mayor in 1999, eventually serving six separate terms in total. He retired from public office in 2008, and was one of the longest-serving public officials in Nevada history.

“The fact that he stayed mayor for so long is a real testament to his personality,” state Sen. Tick Segerblom, D-Las Vegas, said.

Ferraro was hesitant when he was first appointed to the City Council, his son Greg Ferraro said, “but he really found it to be fulfilling work.”

As mayor, Ferraro presided over the acquisition of 200 square miles of federal land to the south and west of the city, making it the largest incorporated city in Nevada. Ferraro also led an effort to block large-scale development in the city with an ordinance that controlled growth by requiring voters to pre-approve the sale of an acre or more of city-owned land.

“He worked as hard as he could to make sure everybody had a voice,” Greg Ferraro said. “That really was his mission.”

“He fiercely defended Boulder City,” Reid said, “overseeing unprecedented growth while maintaining the spirit of the city and its distinctive identity.”

Ferraro’s passion for public service was sparked in college, when he was president of the Young Democrats at the University of Nevada, Reno and met John F. Kennedy when the future U.S. president was still a senator.

Former Nevada Gov. Richard Bryan met Ferraro in college, and said he was very personable and active on campus. Ferraro was a just regular guy who knew how to laugh at himself, he said.

“Some people change when they assume a public office,” said Bryan, who is also a former U.S. senator. “Bob Ferraro was the same man I remembered when we were undergrads together in Reno.”

He was named Nevada Public Official of the Year in 1986, Community Leader of the Year in 2001 and served on the boards of several organizations in Southern Nevada.

Ferraro was honored with the Boulder City Hospital Foundation’s Heart of the Community award in 2013.

A sense of history

Outside of public service, Ferraro was an avid collector of and an authority on rare Nevada artifacts as well as a world-renowned bottle collector, having co-authored two books on the hobby, according to his son.

Ferraro was elected president of the Southern Nevada Bottle Collectors Club and chairman of the western region of the Federation of Historical Bottle Clubs in 1972.

Ferarro visited every known ghost town in the state at least a few times, his son said, and collected glass, keys from old hotels, mining artifacts and many other pieces that predate Nevada’s statehood. His world-class bottle collection includes many 19th-century whiskey bottles.

“He had a real sense of history. Those kinds of people in Nevada are quickly disappearing,” Segerblom said.

In 2008, Ferraro joined his son’s public relations and public affairs firm The Ferraro Group as a consultant and adviser, where he worked until his death.

A celebration of his life will be held in Boulder City at a later date.

In lieu of flowers, Ferraro’s family asks that contributions be made to the Boulder Dam Hotel, Boulder City or the University of Nevada, Reno Foundation.

His ashes will be buried in Boulder City and Paradise Valley, his two favorite places in Nevada.