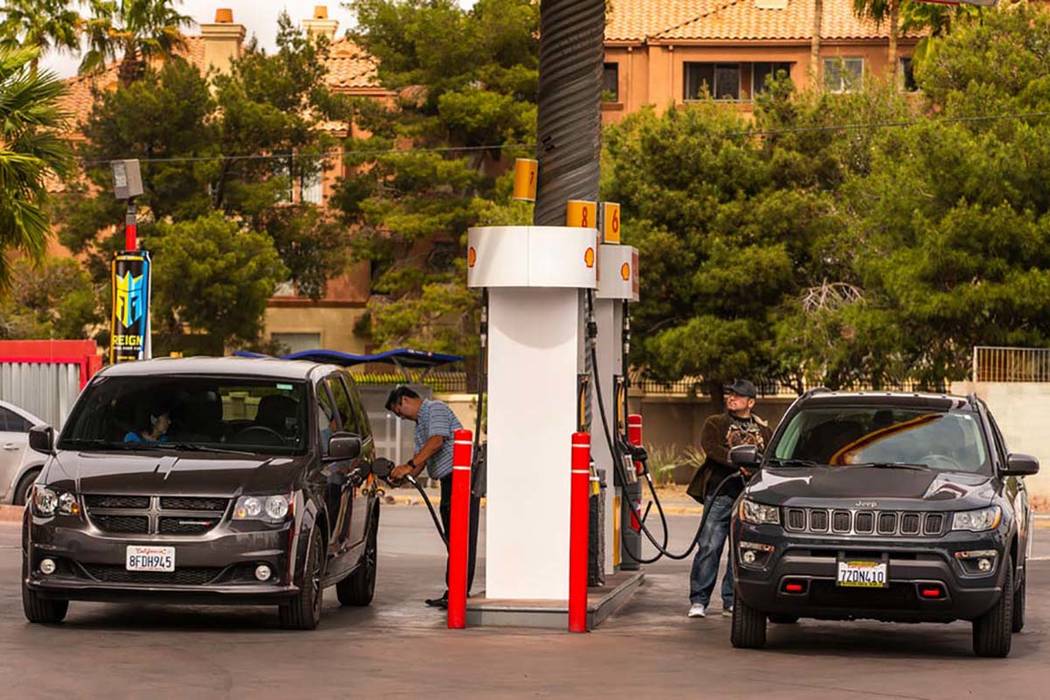 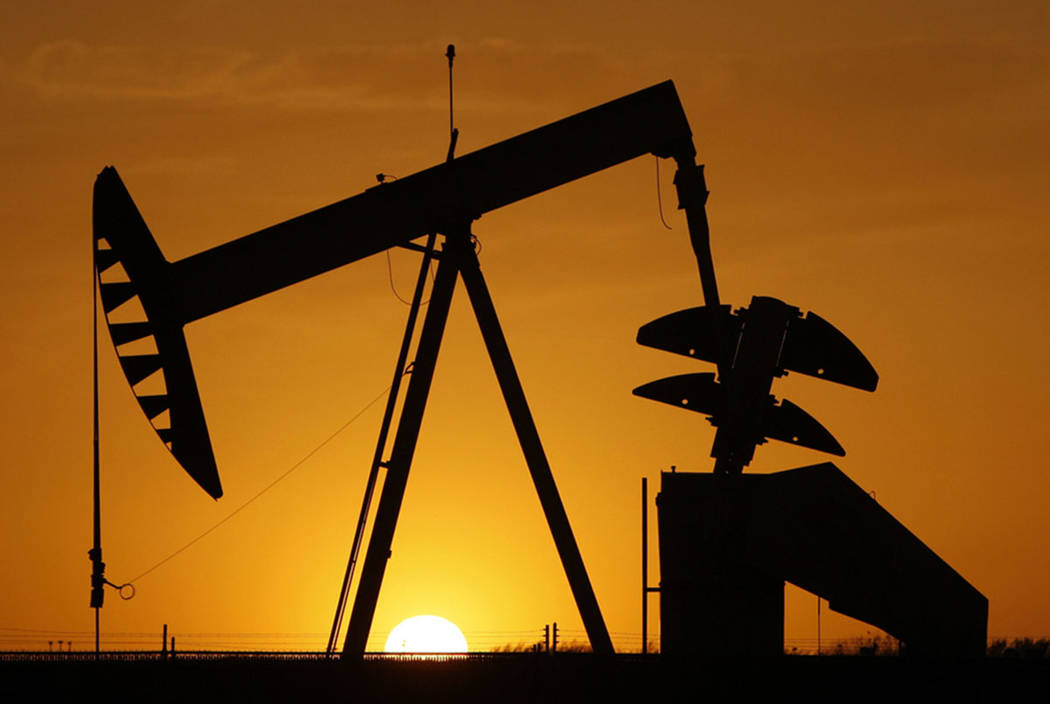 A pumpjack is silhouetted against the setting sun in Oklahoma City in 2012. (AP Photo/Sue Ogrocki, File)

Prices at Nevada gas pumps — the fourth-highest in the country — have been sliding lower and motorists could see them drop even more.

Local economist Stephen Miller and AAA spokesman Sergio Avila predicted Thursday that prices will continue to drop, at least in the short term.

On Thursday, regular gasoline cost an average of $3.38 a gallon in Nevada, down 5 cents from a week ago and more than 10 cents from a month ago, according to AAA.

“I’d expect prices to continue to drop and possibly get to the range we were at around this time last year, which was $3.30 a gallon,” Avila said.

Miller, director of UNLV’s Center for Business and Economic Research, said he also expects prices to decline, at least until OPEC plus Russia holds its meeting, postponed from June 25 to July 1 and 2.

So, he said, prices aren’t slated to increase at least until after that meeting — and after a time-lag.

Crude oil prices had been decreasing up until last week’s attack on two oil tankers in a strategic Middle Eastern waterway near the Gulf of Oman. The U.S. has attributed the attack to Iran.

“The market is kind of in this state of fear, trying to figure out what’s going to happen with Iran, and with this meeting,” he said.