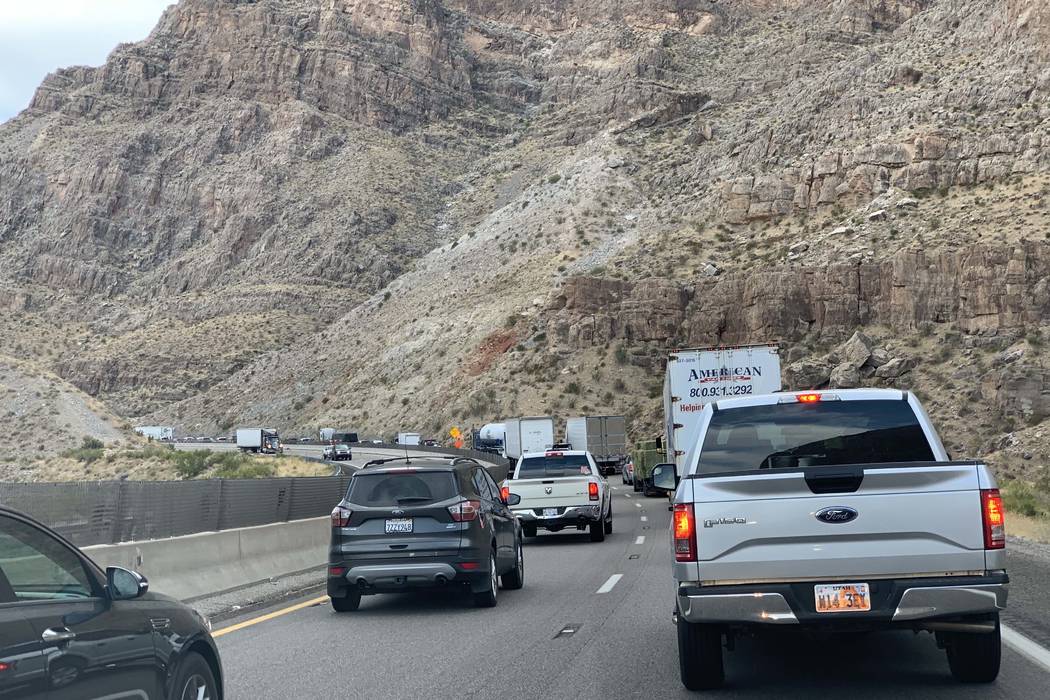 Motorists traveling on Interstate 15 between Southern Nevada and Utah will face traffic disruption at the Virgin River Gorge for a bit longer than expected.

The $6.4 million bridge deck repair project on I-15 through the Virgin River Gorge kicked off in May and was originally expected to complete in the spring. However, it now is slated for completion in the summer, according to Ryan Harding, Arizona Department of Transportation spokesman.

“When crews removed the old deck off of the southbound Bridge No. 4, they found the abutments were going to need some renovation that will add a few weeks to the length of the project,” Harding said.

The project’s beginning was also delayed one month due to permitting delays in setting up detour signage in Utah and Nevada.

Traffic will remain at one lane in each direction for the foreseeable future, with northbound traffic tending to slow to less than 40 mph through the construction zone in the middle of the day, Harding said.

All vehicles carrying loads wider than 10 feet must use a 224-mile detour route as crews carry out the repairs along the narrow highway, which will be reduced to one lane in each direction, in northwestern Arizona. Other drivers should plan for delays and allow extra travel time because of the narrowing of lanes between mileposts 13 and 16, ADOT said.

Wide-load traffic will be detoured to a route consisting of U.S. Highway 93, state Route 319 and Utah state Route 56 between Las Vegas and Cedar City, Utah. Motorists will pass through Crystal Springs and Panaca on the route.

Because of the terrain within the Virgin River Gorge and the narrow width of I-15 in the area, crews must reduce the width of travel lanes to 10 feet during construction. That will make travel in the 3-mile work zone impassable for vehicles wider than 10 feet.

Crews will divert traffic over to one side of the highway while working on the other, providing one travel lane in each direction.