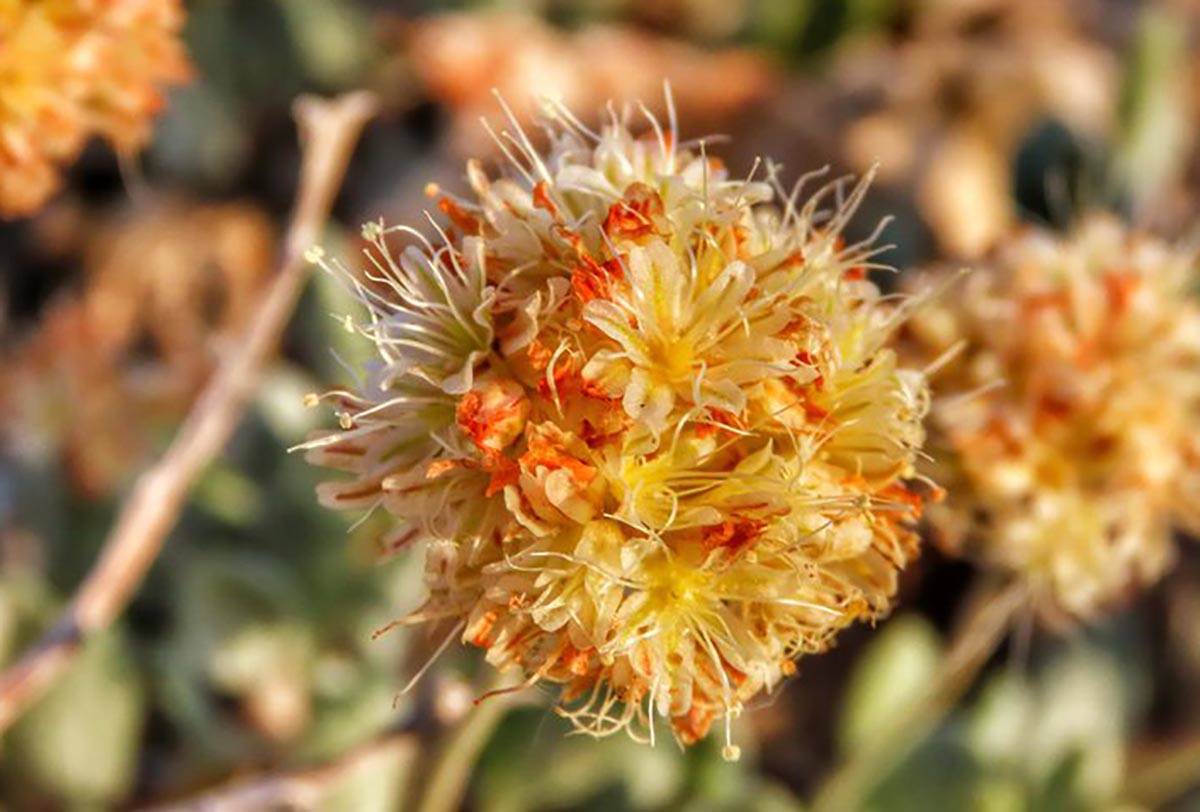 Conservationists discovered that someone dug up and destroyed more than 17,000 rare Tiehm’s buckwheat plants in western Nevada over the weekend. (Center for Biological Diversity)

An estimated 17,000-plus rare Nevada wildflowers were destroyed in the western part of the state, a conservation group said Wednesday.

Conservationists found the thousands of destroyed Tiehm’s buckwheat plants this past weekend, according to a news release from the Center for Biological Diversity.

Up to 40 percent of the flower’s population may have been destroyed, the group claims.

“This is an absolute tragedy,” Patrick Donnelly, state director of the center, said in a statement. “Tiehm’s buckwheat is one of the beautiful gems of Nevada’s biodiversity and some monster destroyed thousands of these irreplaceable flowering plants.”

Staff from the center found that some of the plant’s six subpopulations were nearly erased. Plants were dug up or destroyed with shovels, the center said. Taproots were cut and most of the dead plants were removed, the center claimed.

Based on photos, it appears to be the same damage reported by the Center for Biological Diversity, she said. State, federal, and consulting biologists started an investigation, she said.

Thompson said her department is not aware of any evidence that “direct human activity” caused the destruction.

The center’s news release said an Australian company, Ioneer Corp, has proposed a mine that would wipe out most of the flower’s habitat. Recently, the U.S. Fish and Wildlife Service said the rare plant may warrant federal protection, according to the center.

In a statement, the mining company said early reports show the destruction was caused by rodents, not humans.

“While (the Center for Biological Diversity) is making these outlandish claims, our company is working hand in hand with state and federal authorities to get to the bottom of this situation,” the statement said. “If CBD was serious about actually protecting the species, they would commit to joining the effort to address the problem, rather than spreading false information that only impedes our efforts.”

Ioneer said it is committed to the long-term survival of Tiehm’s buckwheat. It said its plan for the proposed mine includes a protection plan for the rare flower.

Plants can recover from the type of damage the flowers sustained if protected and given care, the Center for Biological Diversity said.

Donnelly co-authored a letter to state and federal officials, as well as the mining company, calling for the immediate rehabilitation of the damaged plants, fencing around the site and 24-hour security.

Thompson, the spokeswoman for the Nevada Department of Conservation and Natural Resources, said the state division of forestry is nearing a decision on whether a listing is warranted for Tiehm’s buckwheat. The decision is expected within 30 days, she said.