CARSON CITY — Nevada has no executions on the immediate horizon but is pushing ahead to build a new death chamber at Ely State Prison and would use a drug at the heart of a recent U.S. Supreme Court case to carry out lethal injections.

Brian Connett, deputy director at the Nevada Department of Corrections, said department lawyers were reviewing the June 29 decision over the use of midazolam in Oklahoma executions “to determine what, if any, impact it may have on Nevada.”

“Nevada would use the drugs midazolam and hydromorphone to administer a lethal injection and has an adequate supply of these drugs to carry out an execution if ordered,” he said in an email.

But death penalty watchdogs said use of the drug almost assuredly would spawn lawsuits after highly publicized incidents of botched executions.

Midazolam, an anti-anxiety drug, is intended to put inmates in a comalike state before other drugs to bring about death are administered. Critics argue it does not guarantee unconsciousness to avoid pain from the subsequent drugs.

In its 5-4 decision, the Supreme Court said the use of midazolam does not violate Eighth Amendment protections against cruel and unusual punishment. The majority also noted that midazolam had been used in other executions about a dozen times without complications.

About 10 days later, Oklahoma set new execution dates in September and October for the three inmates who challenged the use of the drug.

A two-drug injection of midazolam and the painkiller hydromorphone, the same combination planned for use by Nevada, was first used for lethal injection by Ohio in January 2014. Witnesses said that it took about 25 minutes for condemned killer Dennis McGuire to die and that during the process he made loud snorting or choking noises while his midsection convulsed.

“That doesn’t mean that there will not be challenges to midazolam elsewhere,” he said.

Dunham said that while justices found the Oklahoma inmates didn’t meet their burden of proof to halt the use of the drug, “it doesn’t mean that midazolam is constitutional.”

He said a state “that is concerned about the execution process would have serious doubts about using midazolam.”

The last execution in Nevada was April 26, 2006, at the now-shuttered Nevada State Prison in Carson City. Daryl Mack was executed for the 1988 rape and murder of Betty Jane May in Reno.

Starting at least 11 years ago and up through Mack’s execution, Nevada used a combination of pentobarbital, pancuronium bromide and potassium chloride in its execution protocol. But Nevada and other states have been pressed to find alternatives after death penalty opponents pressured manufacturers not to sell them for executions.

Nevada has executed 12 inmates since the U.S. Supreme Court reinstated capital punishment in 1976. About 80 men are on Nevada’s death row.

Besides the issue of lethal drugs, Nevada is building a new death chamber at Ely State Prison after Nevada State Prison, where executions were conducted, closed in 2012.

Less than a week after Gov. Brian Sandoval signed a capital improvement bill on June 15 that included $860,000 to remodel a prison administrative building into a new death chamber, the state Public Works Board published a notice seeking statements of qualifications from architectural and engineering firms to perform the work.

The deadline for submitting those statements was Thursday, and it is unclear how many were submitted. The prison project was one of dozens of maintenance projects approved by state lawmakers for the next two years.

State lawmakers, who rejected funding for a new execution chamber in 2013, approved the expenditure this year despite reservations about the cost and lingering uncertainty over the death penalty.

Critics have called the new execution chamber “an outrageous boondoggle.”

“This proposed new facility may sit unused forever, or it could require further remodeling if lethal injection is rejected in court,” Nancy Hart, president of the Nevada Coalition Against the Death Penalty, and Tod Story, executive director of the American Civil Liberties Union of Nevada, wrote in a May 27 opinion piece.

“Even if lethal injection is upheld, there are serious doubts about the availability of the lethal drugs needed for an execution,” they wrote.

Plans call for remodeling 1,900 square feet of visitation and courtroom areas of an administrative building at the Ely Prison to accommodate an execution chamber.

During legislative hearings, Chris Chimits, deputy administrator with the state Public Works Board, said the chamber would be modeled after California’s San Quentin State Prison execution facility, the construction of which was overseen by the 9th U.S. Circuit Court of Appeals.

Mary Woods, spokeswoman for the Nevada Department of Administration, said a design contract could be presented to the Board of Examiners for approval in November.

After that, the design, permitting and construction process is expected to take about a year. 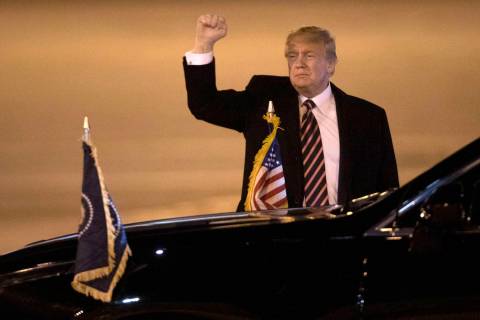 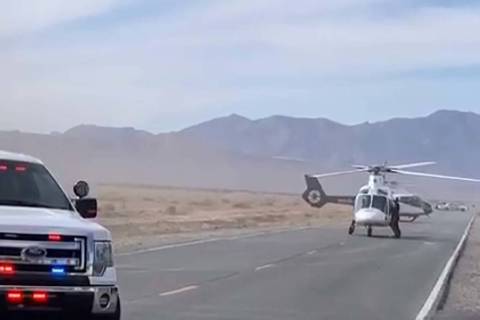 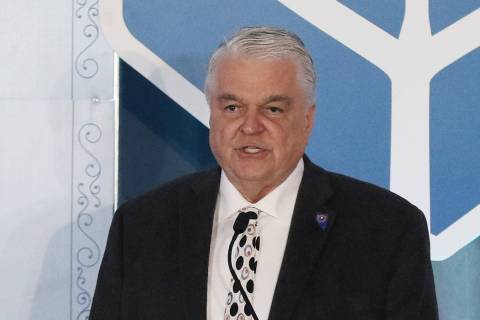 A group called “Fight for Nevada” has filed a petition with the secretary of state’s office seeking to recall Gov. Steve Sisolak, primarily because of a gun control bill passed by the 2019 Legislature. 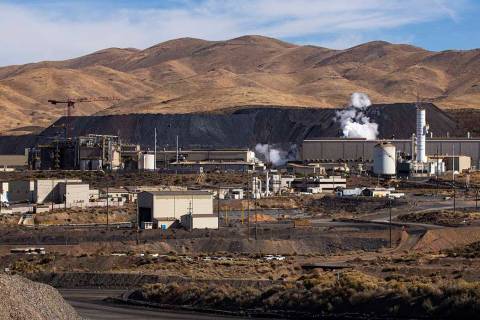 Deputies were called about 8 a.m. Thursday to the Goldstrike mine in Eureka County after coworkers found the man unconscious and medics were unable to revive him. 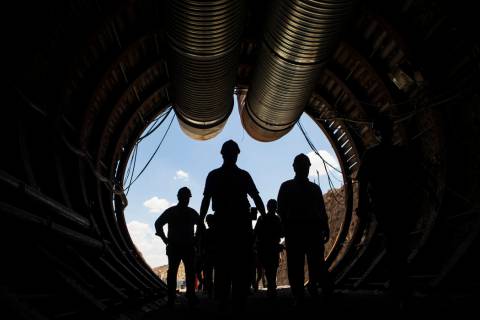