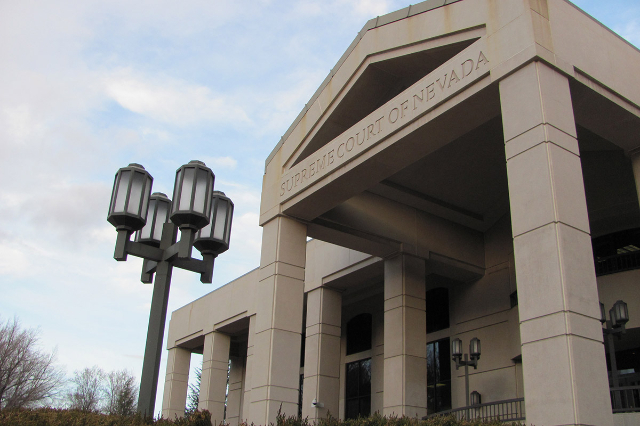 CARSON CITY — The Nevada Supreme Court has ruled that multiple prison terms handed out to juvenile offenders that amount to a life-without-parole sentence for crimes other than murder are unconstitutional because of a 2010 U.S. Supreme Court decision.

The unanimous Nevada court made the ruling in the case of Andre Boston, who was 16 in 1983 when he committed what the justices called “a number of horrific crimes” against a 12-year-old, a 15-year-old and their stepmother.

A jury convicted him of counts including kidnapping, sexual assault, lewdness with a minor and weapons charges. Boston was sentenced to 14 life terms with the possibility of parole, plus 92 additional years. He would have to serve 100 years before being eligible for parole.

In 2011, Boston filed a challenge to his sentence in Clark County District Court, claiming it constituted cruel and unusual punishment as a result of the U.S. Supreme Court’s 2010 ruling in Graham v. Florida.

The Nevada court determined that in such cases, Graham applies when an aggregate sentence imposed against a juvenile defender is the “functional equivalent” of a life without parole sentence.

The Graham decision also provides Boston with good cause to file his petition despite the fact that it came many years after his previous appeals had been rejected by the court.

Justices found that a bill passed by the Nevada Legislature in 2015 remedies Boston’s unconstitutional sentence. The measure took effect Oct. 1 and prohibits sentences of life without parole for juvenile offenders. The new law makes juvenile offenders eligible for parole after 15 years for non-homicide offenses.

The Nevada Supreme Court noted that states are divided on whether Graham applies to “functional equivalent” sentences, but determined that it does in Nevada.

“As this court has previously stated, a sentence of life without the possibility of parole for a juvenile offender ‘means denial of hope; it means that good behavior and character improvement are immaterial; it means that whatever the future might hold in store for the mind and spirit of [the convict], he will remain in prison for the rest of his days,’ ” Justice Michael Cherry wrote for the court.

“The functional-equivalent approach best addresses the concerns enunciated by the U.S. Supreme Court and this court regarding the culpability of juvenile offenders and the potential for growth and maturity of these offenders,” Cherry said.

The court said that nothing in the opinion published Thursday requires juvenile offenders to be given eventual freedom.

“We therefore hold that a district court violates the prohibition of cruel and unusual punishment when it sentences a nonhomicide juvenile offender to the functional equivalent of life without the possibility of parole,” the court said.

Boston was originally sentenced in 1988, meaning he has served 27 years and is eligible for parole under the new law, the court said.

Despite the court’s overall ruling, justices remanded Boston’s case to District Court with an order to deny his petition “because the judiciary cannot provide him with a better solution than that which the Legislature has already provided.”