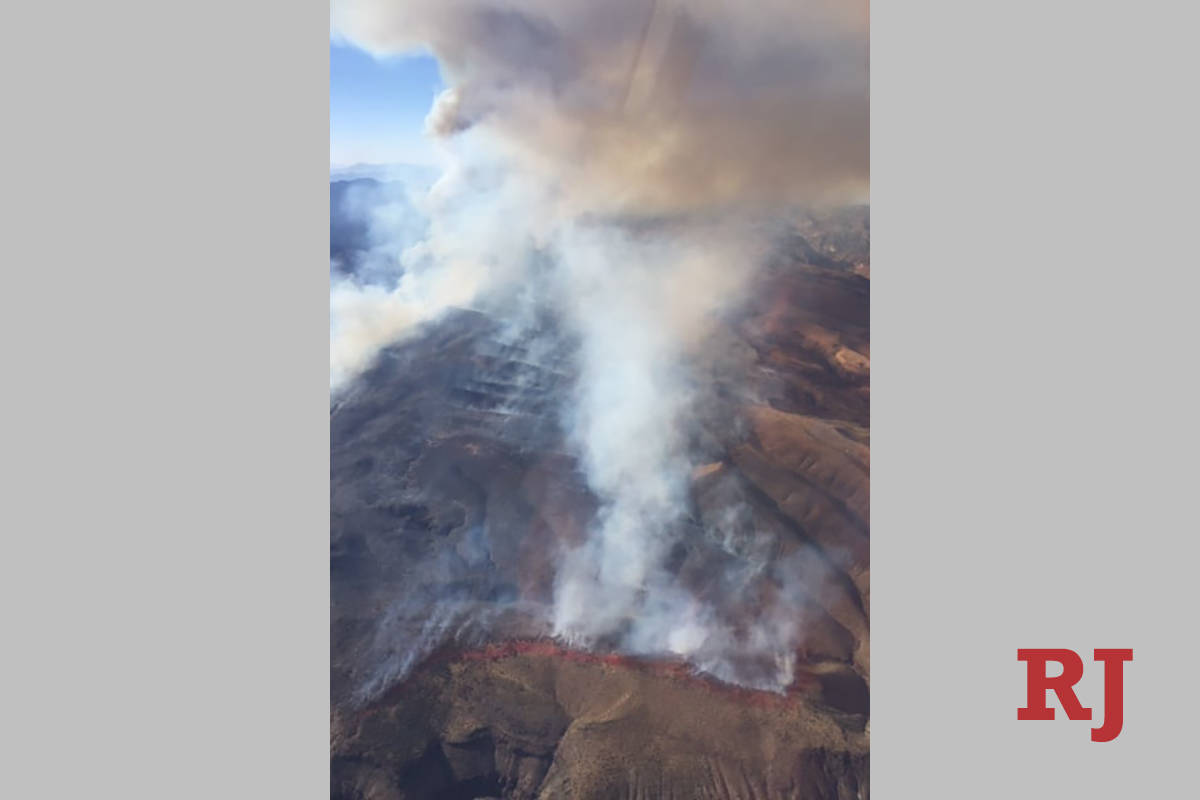 The Bishop Fire seen from the Ella Mountain Lookout in the Clover Mountains south of Caliente on Wednesday, July 28, 2020. 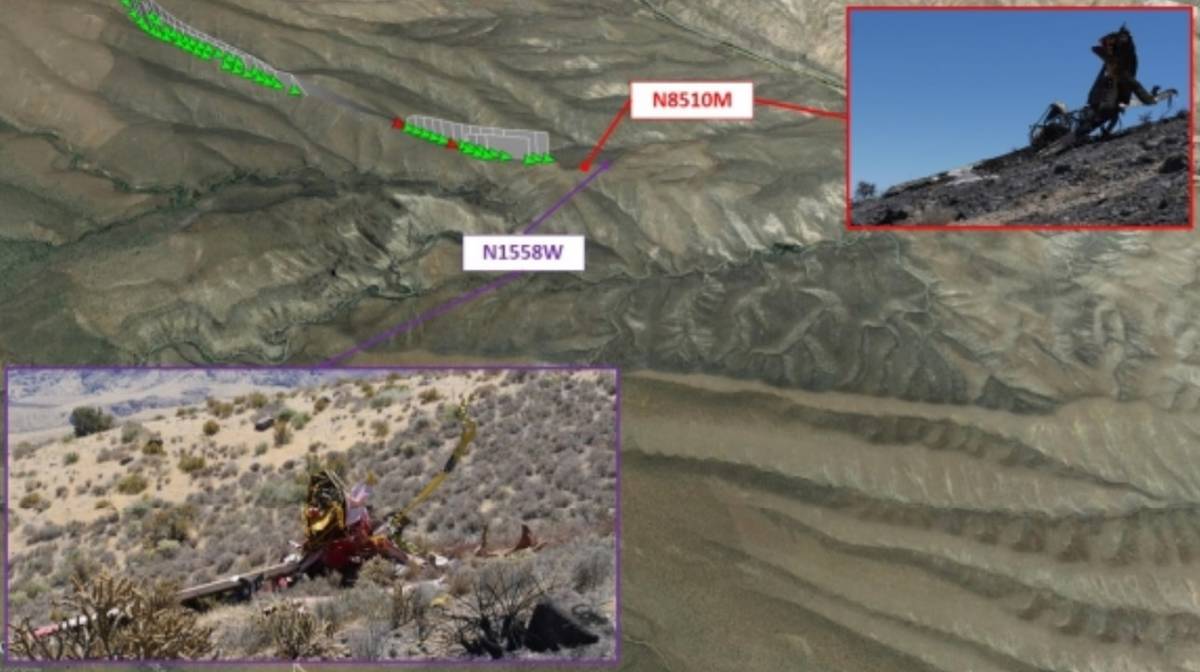 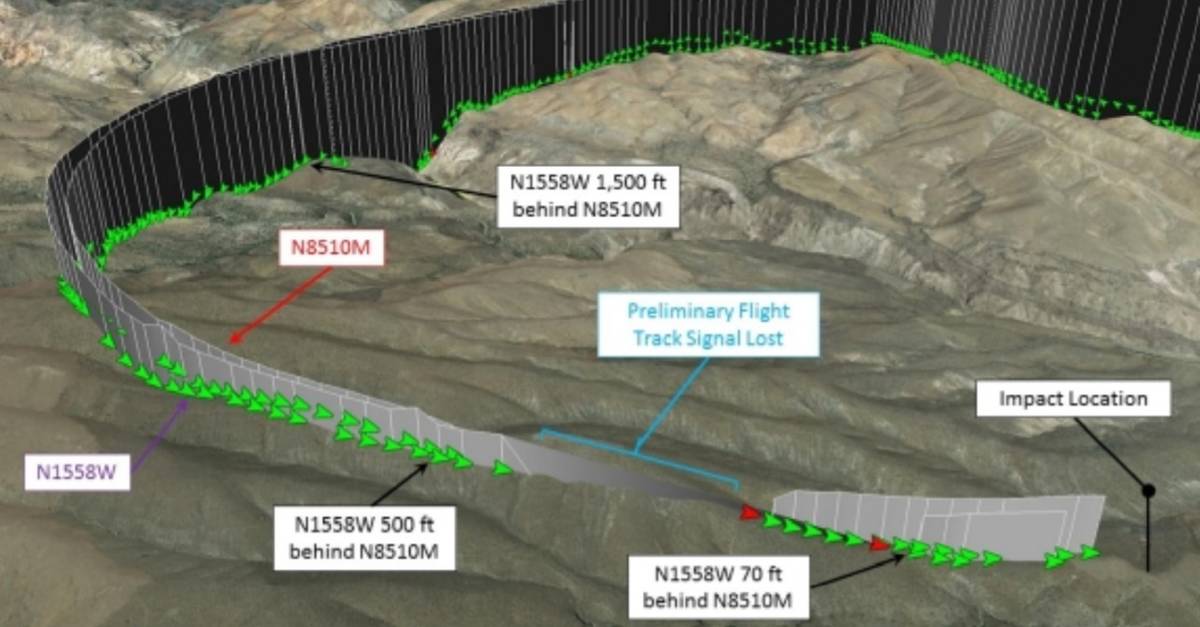 Flight track of N1558W and N8510M. (National Transportation Safety Board)

One of two pilots killed in a midair collision while fighting a wildfire in Lincoln County last month reported having fire retardant on the windshield of his aircraft just before the crash, according to an NTSB preliminary report.

The National Transportation Safety Board report details the crash, which occurred at 12:56 p.m. July 30, saying the aircraft involved were two Air Tractor AT-902A airplanes fighting the Bishop Fire near Elgin. The first aircraft is identified by the number N8510M in the report and the second is N1558W. The pilots were flying “to deploy their third load of fire retardant for the day,” the report states.

N8510M was in the lead as the aircraft flew closely together and made a descent.

“Video recorded by a ground witness captured both airplanes seconds before their collision, which showed N8510M descend to a low altitude, deploy fire retardant and then immediately begin a shallow climb,” the report states. “The video showed N1558w following very close in trail of N8510M during this time.”

The N1558w plane then deployed its fire retardant and began a rapid climb.

“Witnesses in nearby firefighting aircraft stated that they heard the pilot of N1558W announce over the radio that he had retardant on his windshield and was initiating a go-around,” the report states. “According to witnesses on the ground, as N1558W climbed, it suddenly began a left turn and collided with N8510M. Both airplanes then descended rapidly to the ground.”

The report indicated conditions at the time of the crash were good. Visibility was at 10 miles with winds light and variable.

Lincoln County Sheriff Kerry Lee said Thursday that the release of the pilots’ names was imminent.

“Both were positively identified,” Lee said in an email. “One just this morning.”