A University of Nevada, Reno student who was identified as a marcher in a Friday white nationalist rally in Charlottesville, Virginia, denounced the violence that erupted Saturday and led to three people’s deaths.

Reno television station KTVN on Saturday identified 20-year-old Peter Cvjetanovic among the marchers at Friday night’s “Unite the Right” rally, staged to protest the mandated removal of a statue of Confederate Gen. Robert E. Lee. A photo of an open-mouthed, tiki-torch-toting Cvjetanovic at the rally went viral on social media Saturday.

On Saturday, fights broke out among the white nationalists and counterprotesters at another rally. Amid the pushing and shoving, a silver Dodge Challenger with Ohio license plates drove through a group of counterprotesters, wounding 19 people and killing a woman. Police have charged 20-year-old Maumee, Ohio, resident James Alex Fields Jr., who they say was driving the car, with second-degree murder and other counts. Also, a state police helicopter deployed to the protests crashed outside the city, leaving two state troopers dead.

Peter Cvjetanovic. UNR student. @phikappaphi and @unrcr member. Fascist and participate in the virginia rallies.
DO NOT LET HIM GO UNSHAMED. pic.twitter.com/syNNj18fwm

Cvjetanovic declined to comment to the Las Vegas Review-Journal on Saturday evening. But around noon Sunday, he texted a statement to the newspaper describing his involvement in the rally:

“I went to honor the heritage of white culture here in the United States,” he wrote. “I recognize the need to acknowledge both the good and bad of white history as it has made the nation we have now. All people have the right to their culture and their history including jews, african-americans, and white americans. I do not advocate for violence and certainly not the death of anyone. Today became a tragedy with the three fatalities.”

“I came to this march for the message that white European culture has a right to be here just like every other culture. It is not perfect; there are flaws to it, of course, I do not deny that. However, I do believe that the replacement of the statue will be the slow replacement of white heritage within the United States and the people who fought and defended and built their homeland. Robert E. Lee is a great example of that. He wasn’t a perfect man … but I want to honor and respect what he stood for during his time.”

A flurry of Facebook and Twitter posts on Saturday and Sunday labeled Cvjetanovic a racist and called for his expulsion from the university. The thisisreno.com website reported that the Twitter account @PCvjetanovic had been deleted after numerous tags identified Cvjetanovic in the photograph.

The university’s website posted a statement from UNR President Marc A. Johnson, who stated that “racism and white supremacist movements have a corrosive effect on our society” and that the rally’s message does not reflect the university’s egalitarian values.

Johnson did not acknowledge pressure to expel or suspend the student in his statement Sunday but stressed that “peaceful assembly and exchange of ideas is part of the bedrock of any free society.”

The university will maintain its commitment to the safe, peaceful expression and exchange of ideas on campus, he said.

“Educating ourselves on the other’s point of view is the key to understanding and peaceful co-existence,” Johnson said. “The tragedy that occurred this weekend in Virginia is an important reminder that we must recognize the perspectives of all individuals.”

Amid the controversy, pictures surfaced that purported to show Cvjetanovic and other students standing next to U.S. Sen. Dean Heller, R-Nev., at an undated event.

On Saturday, Heller said on Twitter that he didn’t know Cvjetanovic.

I don't know this person & condemn the outrageous racism, hatred and violence. It's unacceptable & shameful. No room for it in this country. https://t.co/6yQqKZRowb

“I don’t know this person &condemn the outrageous racism, hatred and violence. It’s unacceptable &shameful. No room for it in this country,” Heller tweeted.

The attack in #Charlottesville is horrific & should never happen in the US. NV stands in solidarity w/ all who march against hatred & racism

“The attack in #Charlottesville is horrific &should never happen in the US. NV stands in solidarity w/ all who march against hatred &racism.” 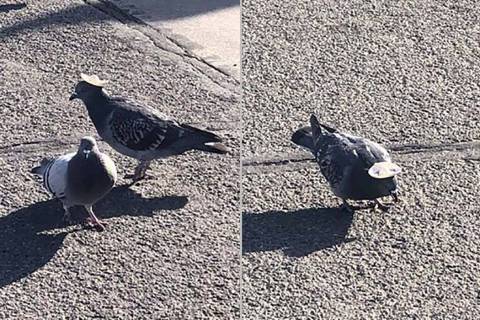 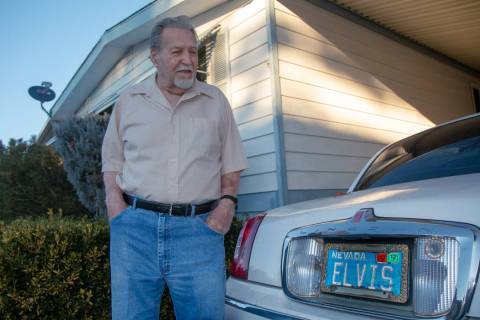 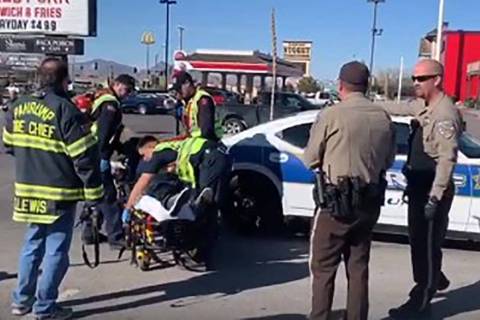 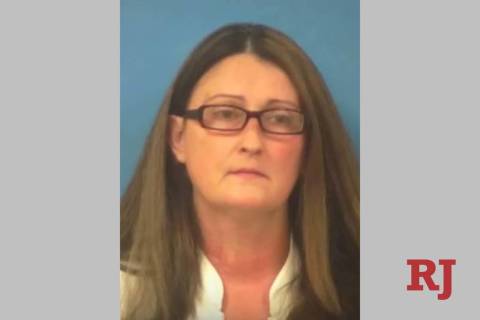