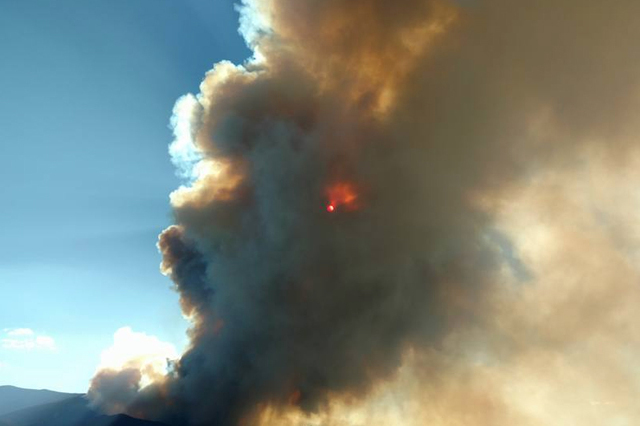 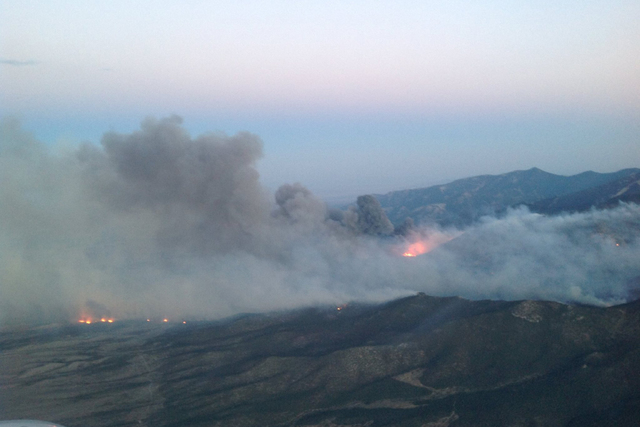 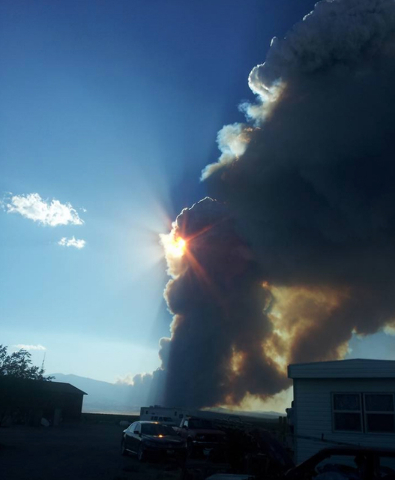 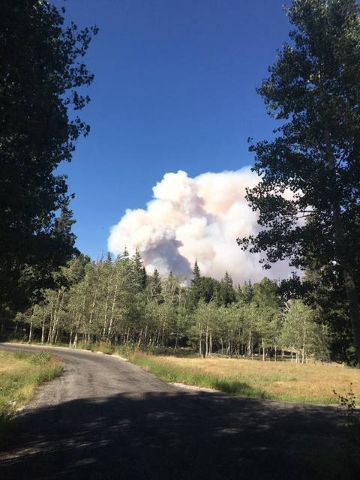 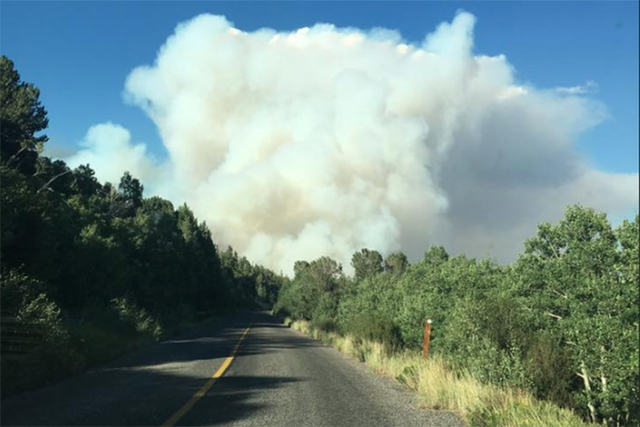 According to the National Park Service, the blaze started Monday as a small, 15-acre fire at the park’s northern edge, but strong winds caused it to spread quickly.

Nichole Andler, chief of interpretation for the park 300 miles northeast of Las Vegas, said the Strawberry Fire had scorched 2,687 acres as of 10:30 a.m. Tuesday and was still burning out of control later in the day.

Andler did not have a more recent size estimate Tuesday afternoon.

As a precaution, the Wheeler Peak Campground has been closed, as has the scenic drive and hiking trail leading to it from the Upper Lehman Creek Campground.

The Strawberry Creek Campground, closest to the fire, was evacuated Monday and since has been “burned over,” Andler said.

The initial response to the fire included four engines, a helicopter and two crews of firefighters from the Ely District of the Bureau of Land Management, but their work was being hampered Tuesday by heavy smoke and unfavorable winds, according to the Park Service.

No details were available about the suspected cause of the fire.

The BLM also is battling a second wildfire in White Pine County, about 175 miles northwest of Great Basin National Park.

The Overland Fire was reported early Monday afternoon about 3 miles north of the Bald Mountain Mine and 5 miles south of the Ruby Lake National Wildlife Refuge.

According to the BLM in Ely, the lightning-sparked fire had grown to almost 9,000 acres by Tuesday afternoon but posed no immediate threat to the mine, the refuge or the tiny Elko County community of Shantytown.

One helicopter, 10 engines, a bulldozer and about 150 firefighters were battling to keep the blaze from destroying sage grouse habitat in the area.

The Overland Fire was 10 percent contained as of Tuesday afternoon. The BLM expects to have it fully contained by Saturday evening.