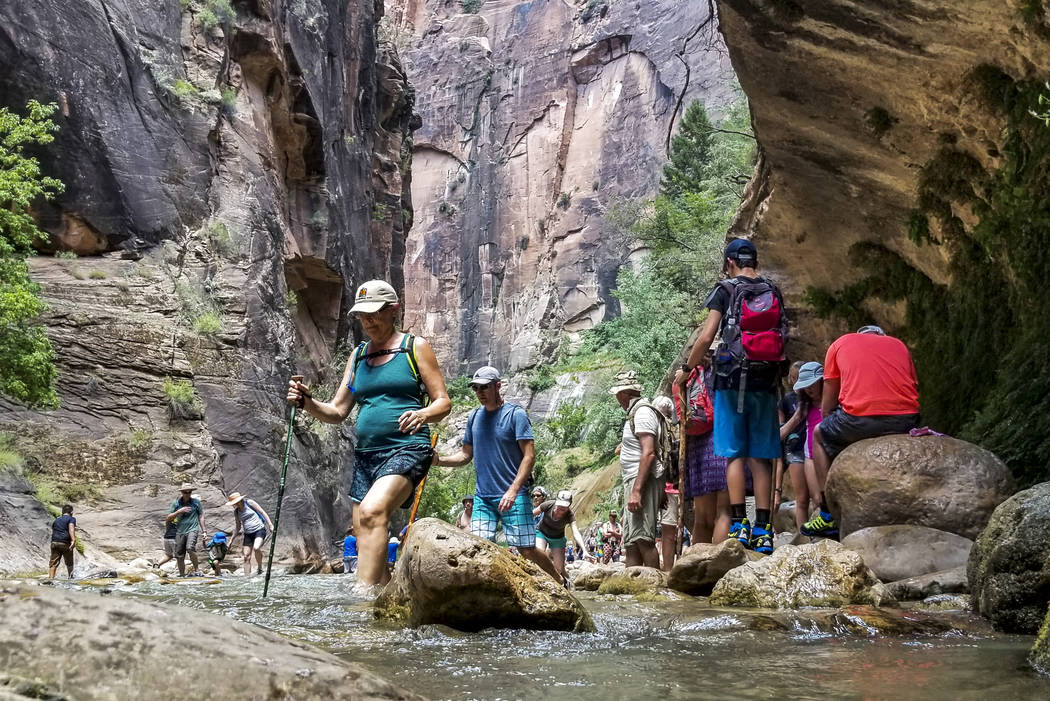 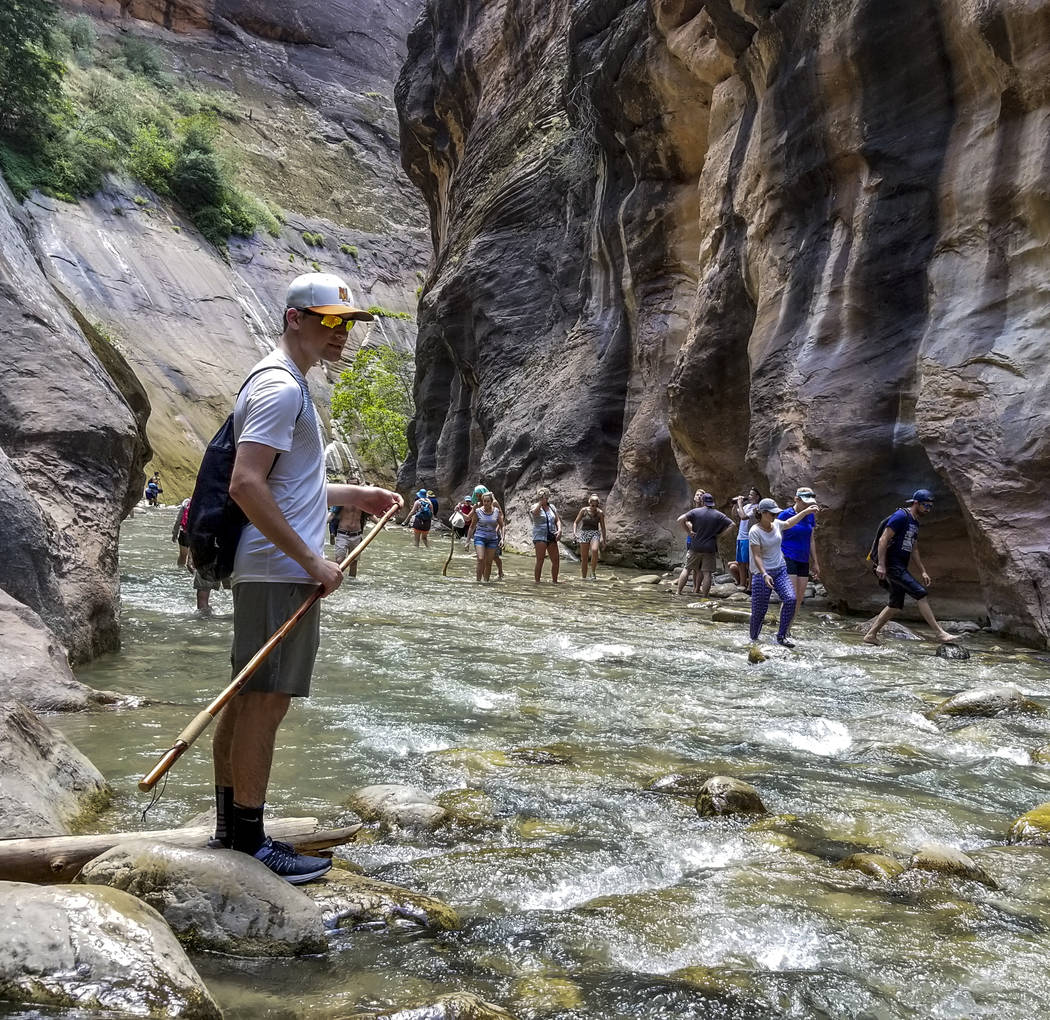 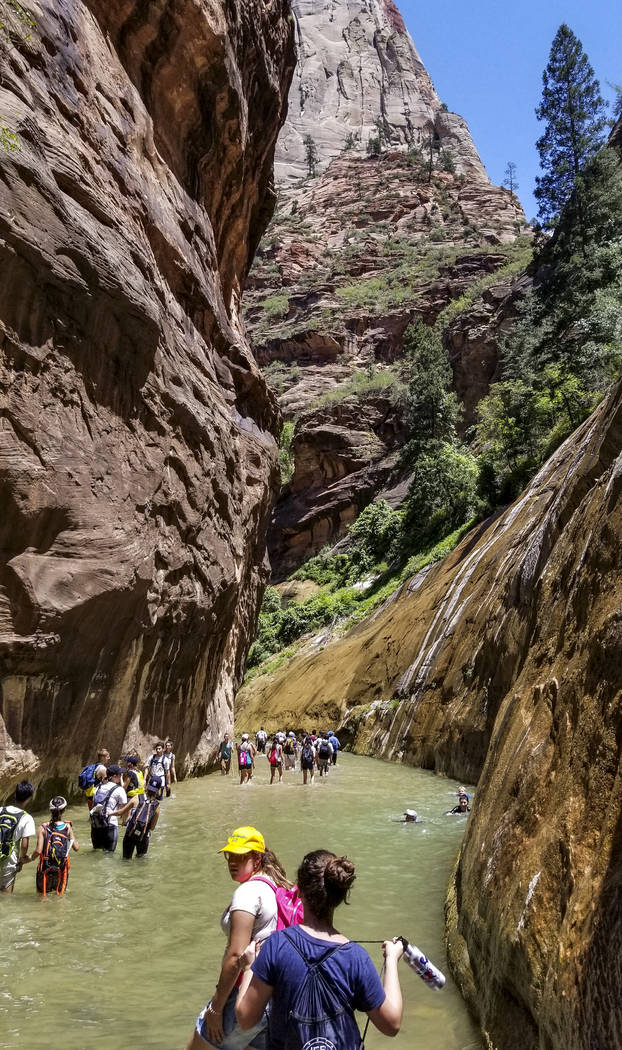 Zion National Park abruptly stopped issuing permits Tuesday for “top-down” hikes through the Narrows after the owner of private land in the canyon barred access to a portion of the trail.

Park visitors can still explore the lower 4-mile section of the slot canyon carved by the Virgin River, but the longer, more advanced hike through the Narrows is off-limits until further notice.

“The people that were going to go in tomorrow, we’re trying to get a hold of them,” said Cindy Purcell, management assistant for the national park in Utah, about 160 miles northeast of Las Vegas.

Park officials stopped issuing permits after a ranger on patrol over the weekend noticed no-trespassing signs posted at the edge of the private property.

Purcell said the family that owns the land has long allowed access to hikers under a verbal agreement with the National Park Service and the Bureau of Land Management.

The park said it hasn’t received complaints about the arrangement. The appearance of the no-trespassing signs came as a surprise to officials.

“It’s unfortunate, but we don’t really know why,” Purcell said. “We didn’t have a heads-up from the landowner or a reason.”

The 16-mile trail, much of it through water, is one of the park’s most popular backcountry hikes. It starts on BLM land north of Zion and follows the Virgin River downstream through the Narrows, entering the park boundary after crossing several miles of the private parcel.

Because of the steep terrain surrounding it, the canyon cannot be accessed on foot without crossing the private land, she said.

To preserve the wilderness experience, the park service was allowing no more than 90 people on the trail at a time — 40 day hikers and 50 overnight campers — with half the permits available up to three months in advance and the rest on a first-come, first-served basis.

As of Tuesday, Purcell said, advance reservations were booked through November.

She hopes the park can work with the landowner to resolve the situation quickly. “Every day we get requests for that overnight permit,” she said.

In Springdale, Utah, and other towns close to the busy park, the closure has dealt a sudden blow to outdoor tour companies that provide equipment to hikers and transportation to the trailhead.

“They’re hot under the collar,” Purcell said, with at least some of that anger directed at the park service.

But she said Zion officials had no choice but to stop issuing permits. After all, she said, the park service has no right to encourage people to trespass on private land.