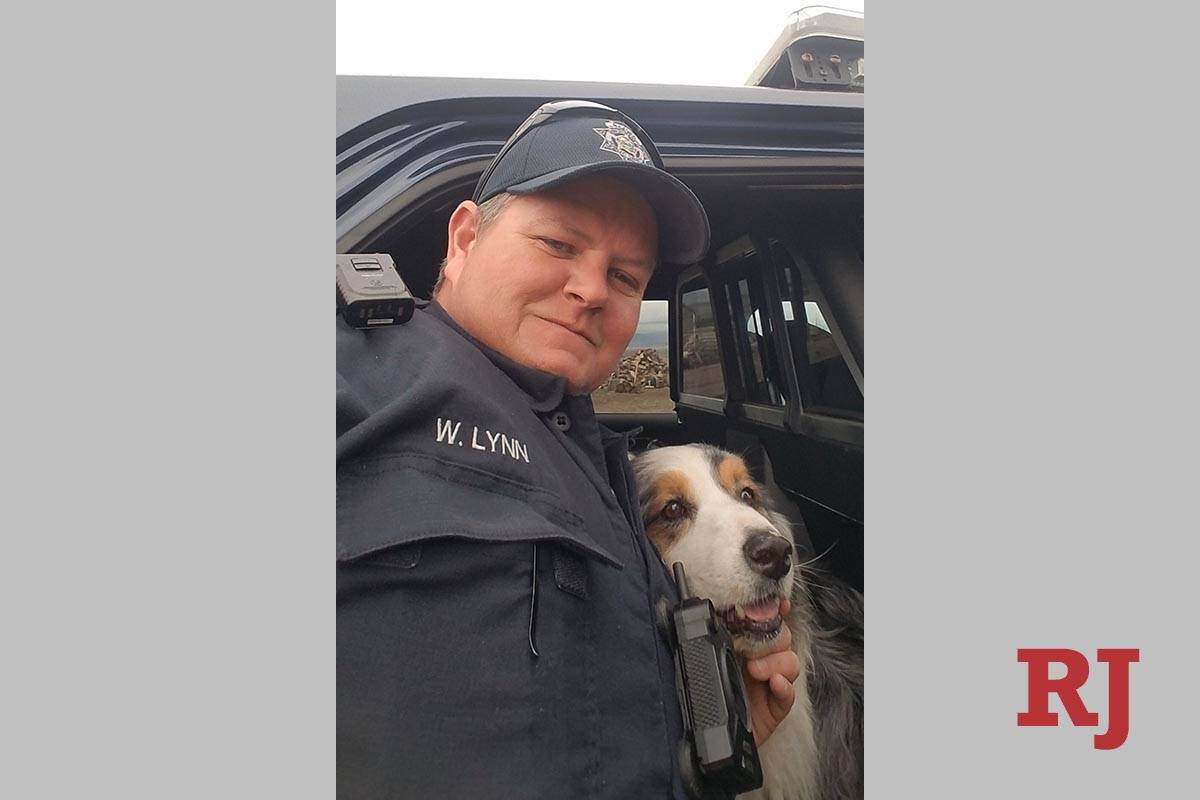 A Nevada Highway Patrol trooper is credited with saving a dog wandering in the highway, then reuniting the pooch it with its owner Monday.

The NHP Southern Command posted a photo on its Twitter feed of a trooper, identified only as Trooper W. Lynn, and the calico-colored canine named “Tucker.”

“Trooper Lynn saved this pooch near the intersection of SR 321 and SR322 near Pioche,” the NHP wrote, adding “the freeway can be a scary place” for four-legged friends like Tucker.

Within two hours, the Australian shepherd was reunited with its owners.