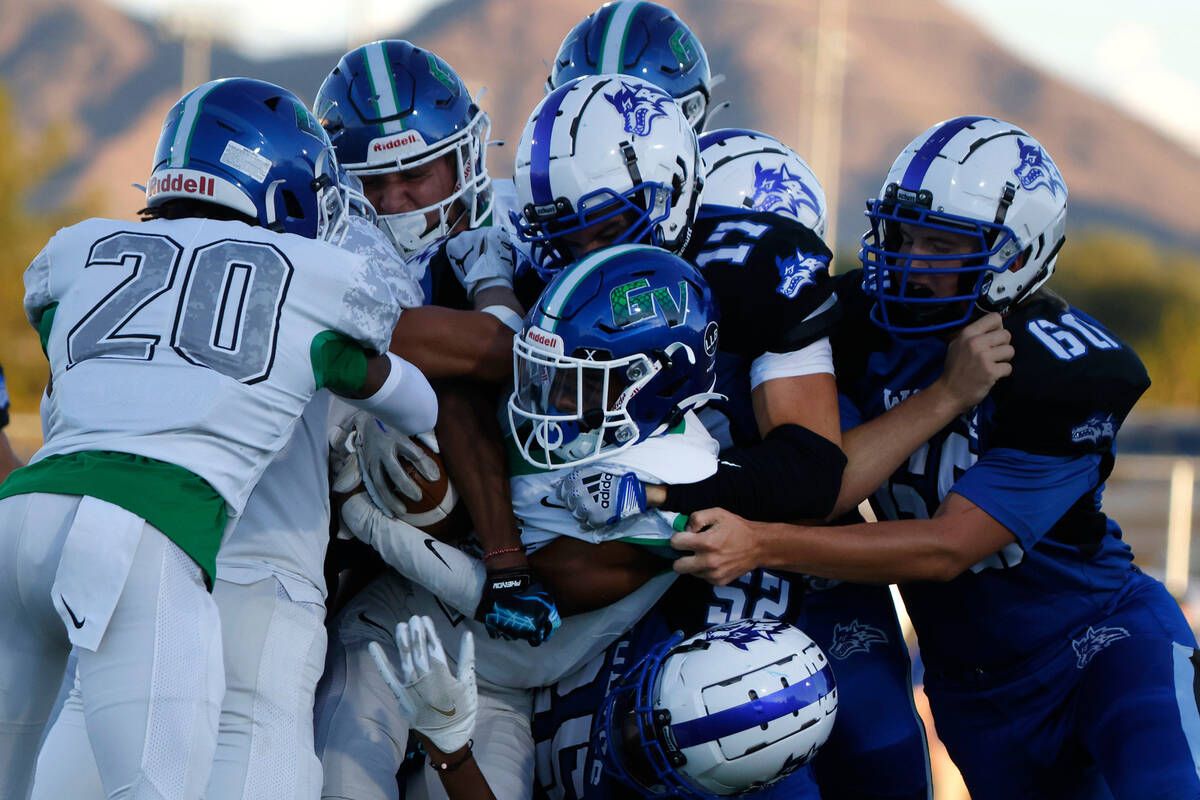 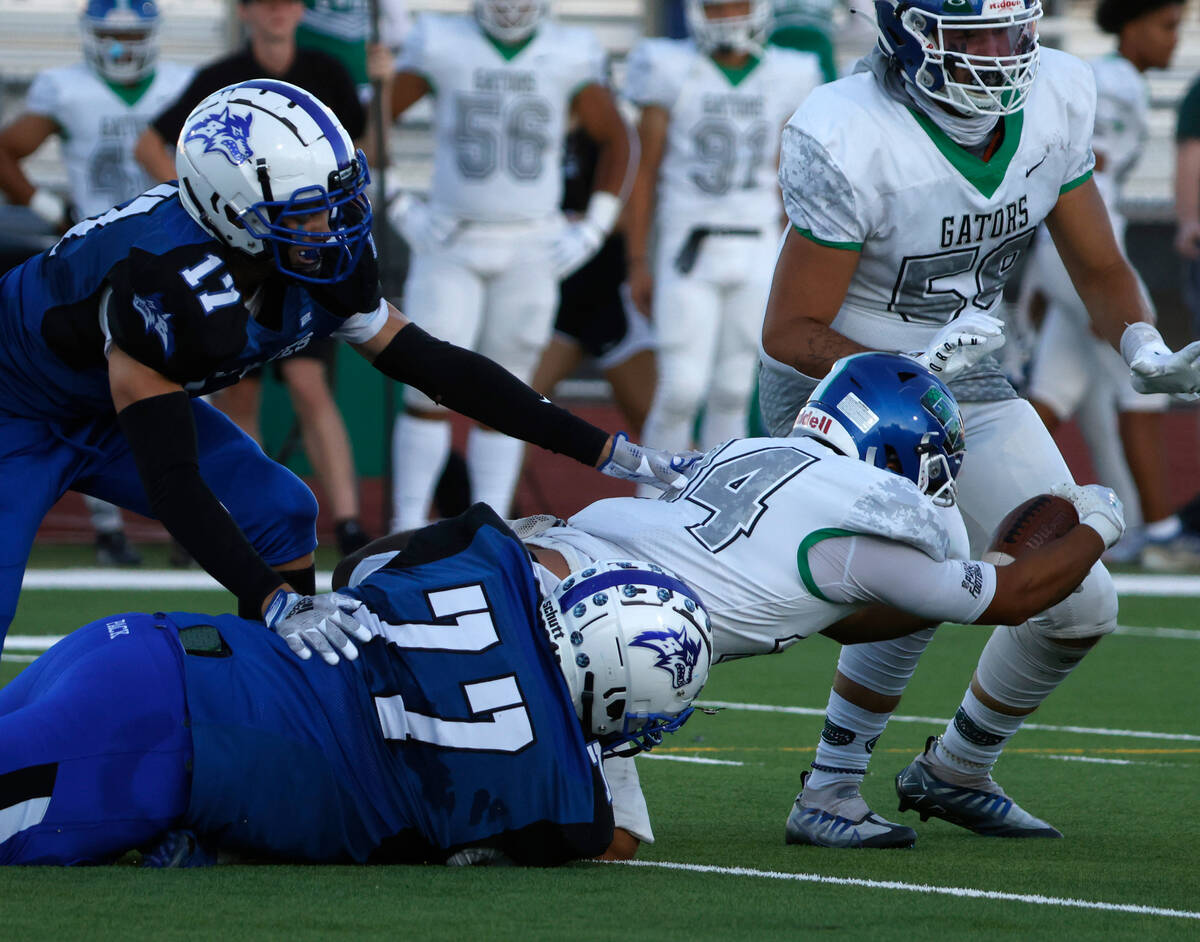 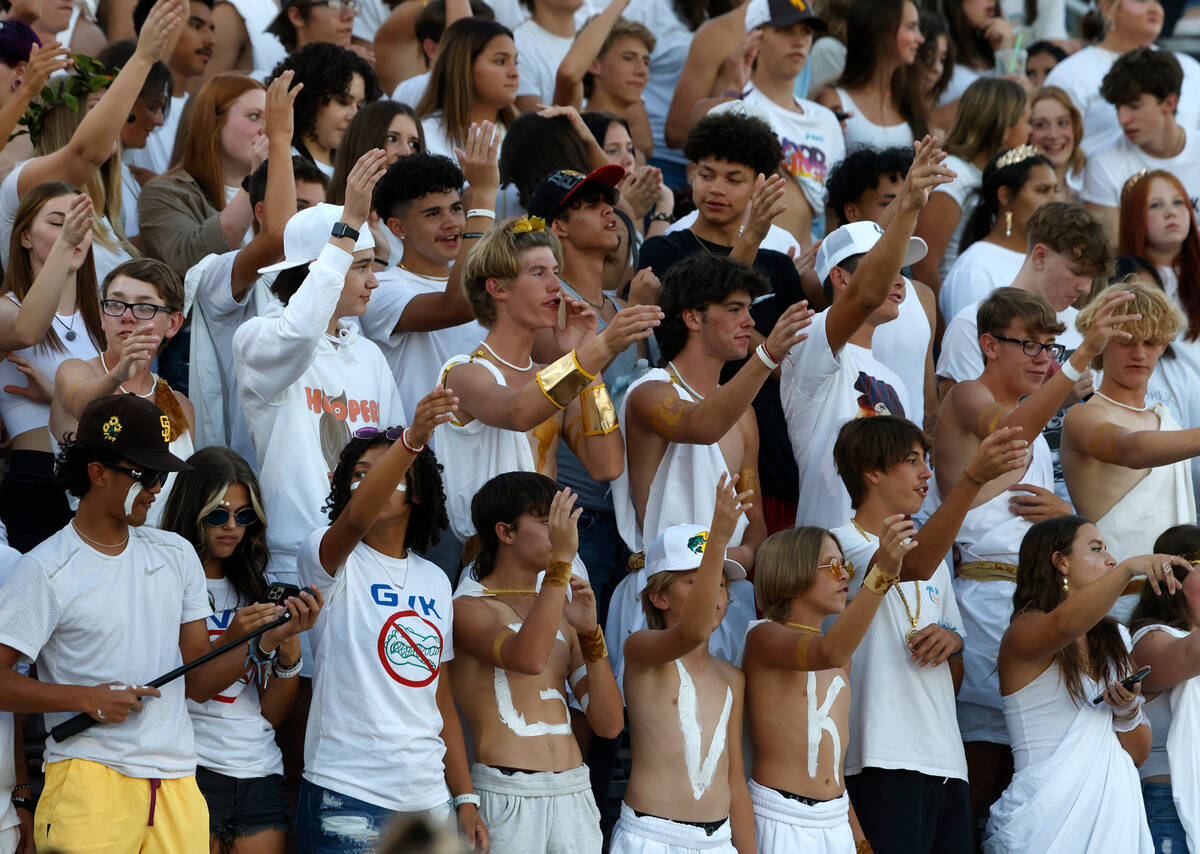 Basic High's fans cheer their team during the first half of a football game against Basic High School, on Friday, Sept. 23, 2022, in Henderson. (Bizuayehu Tesfaye Las Vegas Review-Journal) @btesfaye 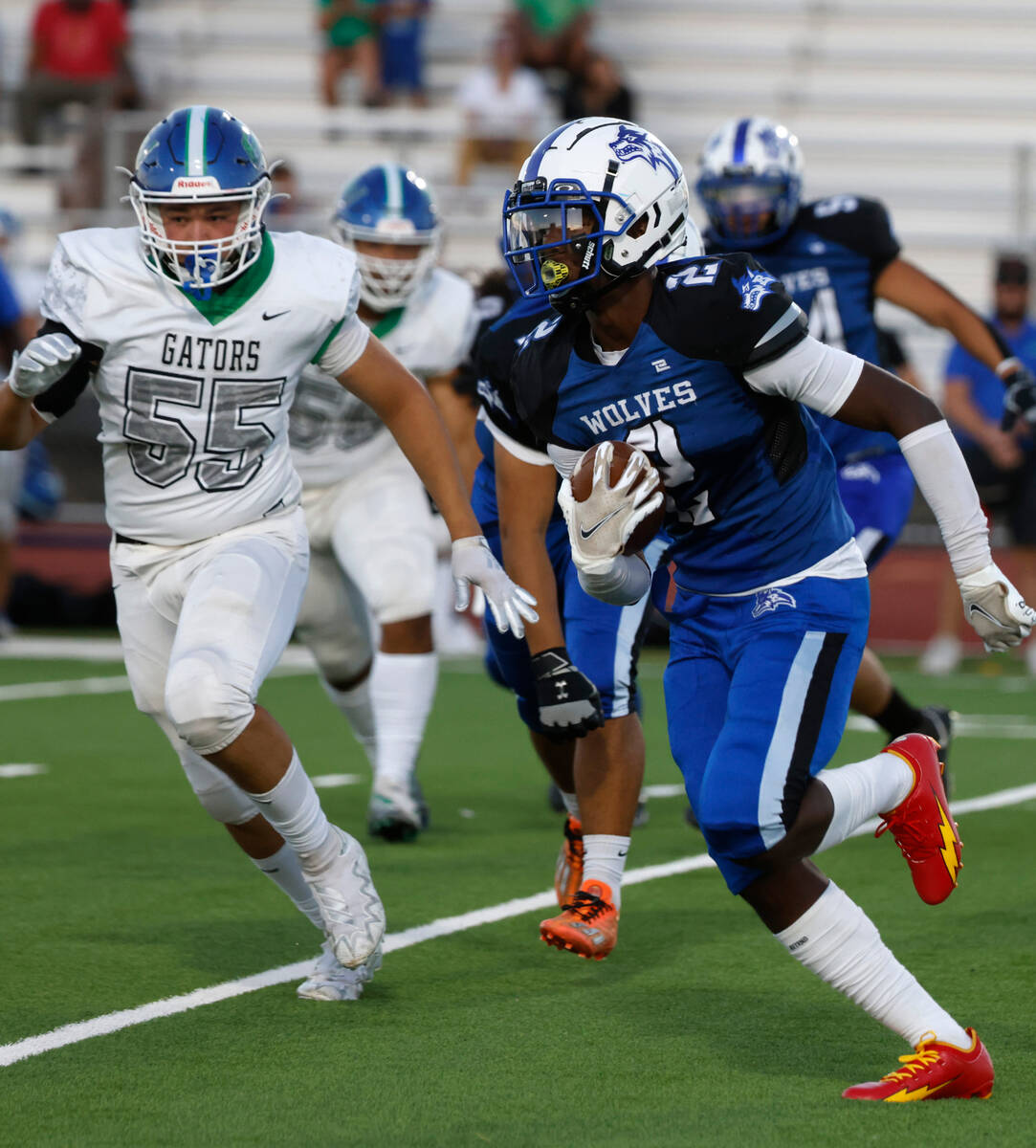 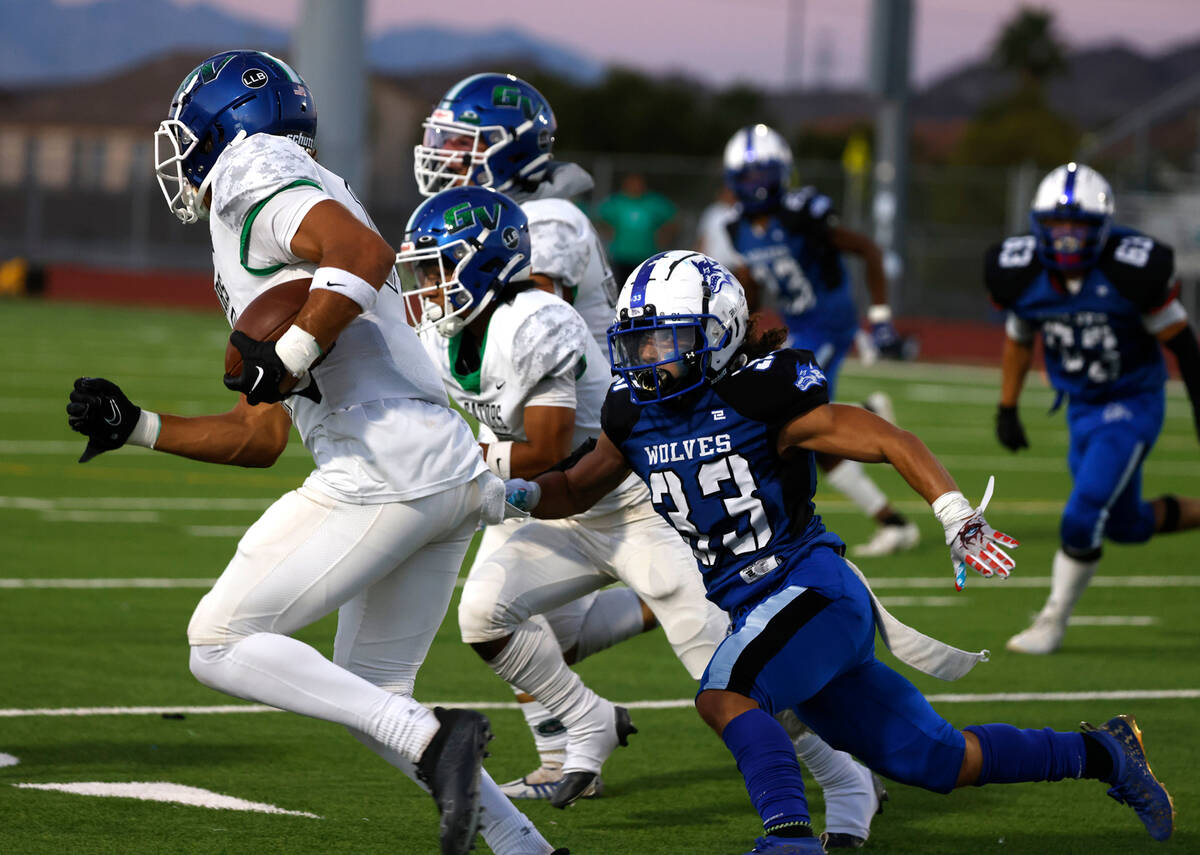 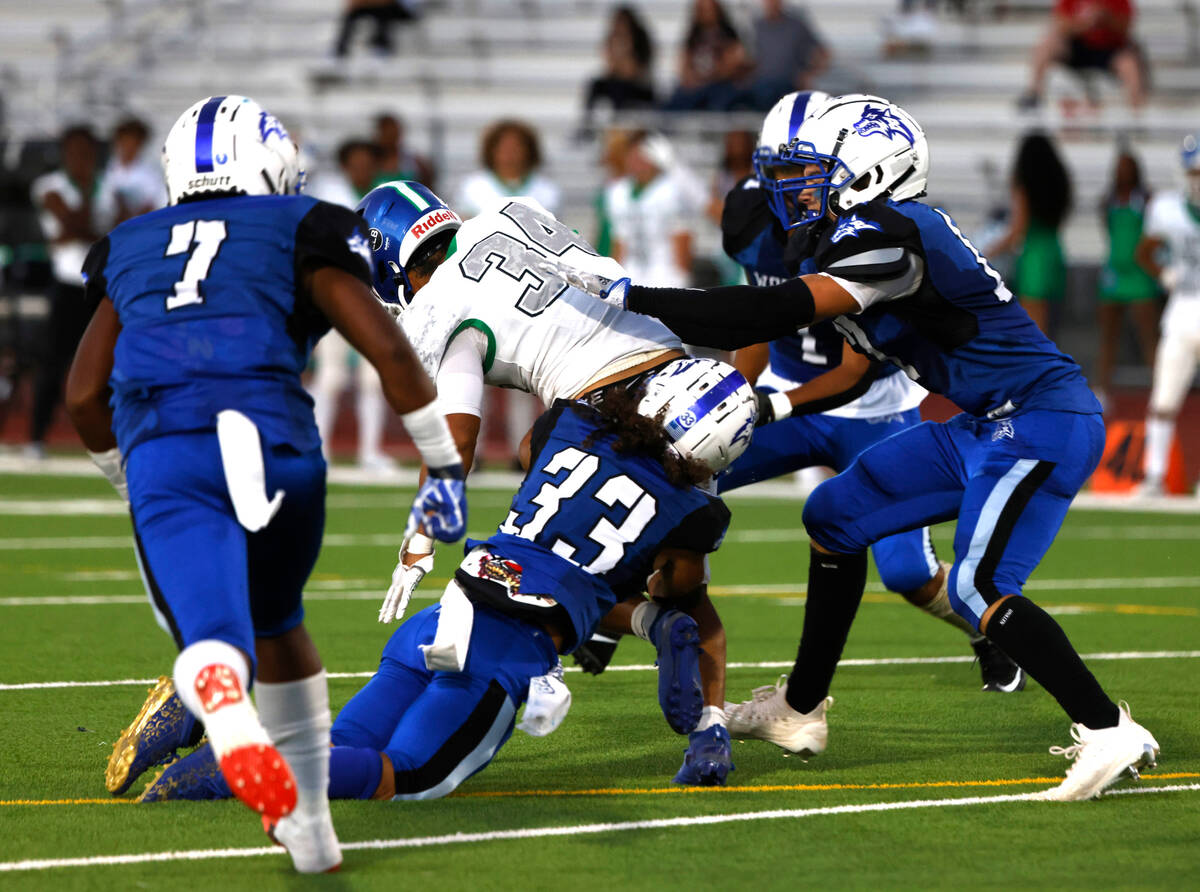 Green Valley High's running back Estaban Martinez (34) is trying to avoid a suck by Basic High's defense during the first half of a football game at Basic High School, on Friday, Sept. 23, 2022, in Henderson. (Bizuayehu Tesfaye Las Vegas Review-Journal) @btesfaye 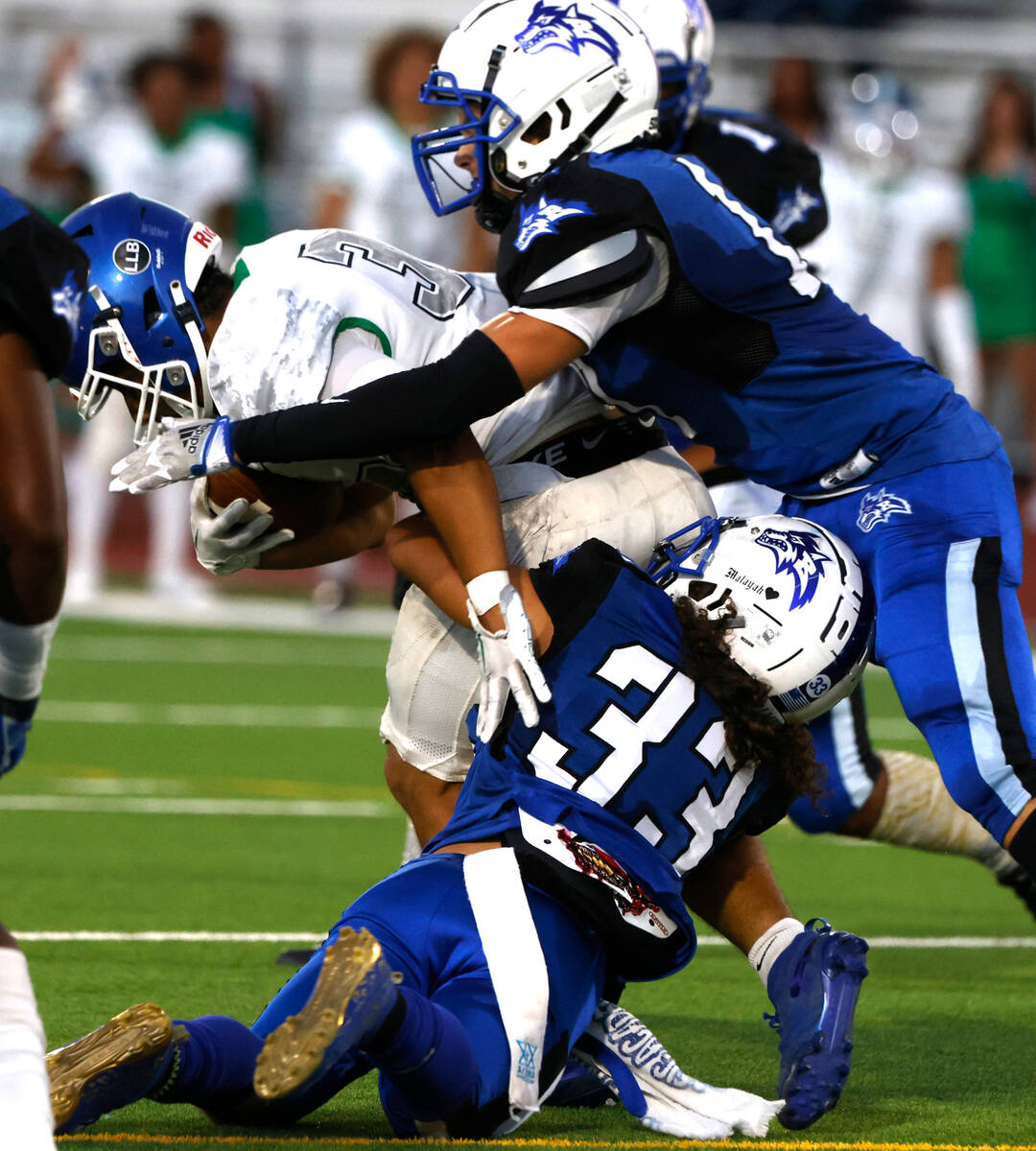 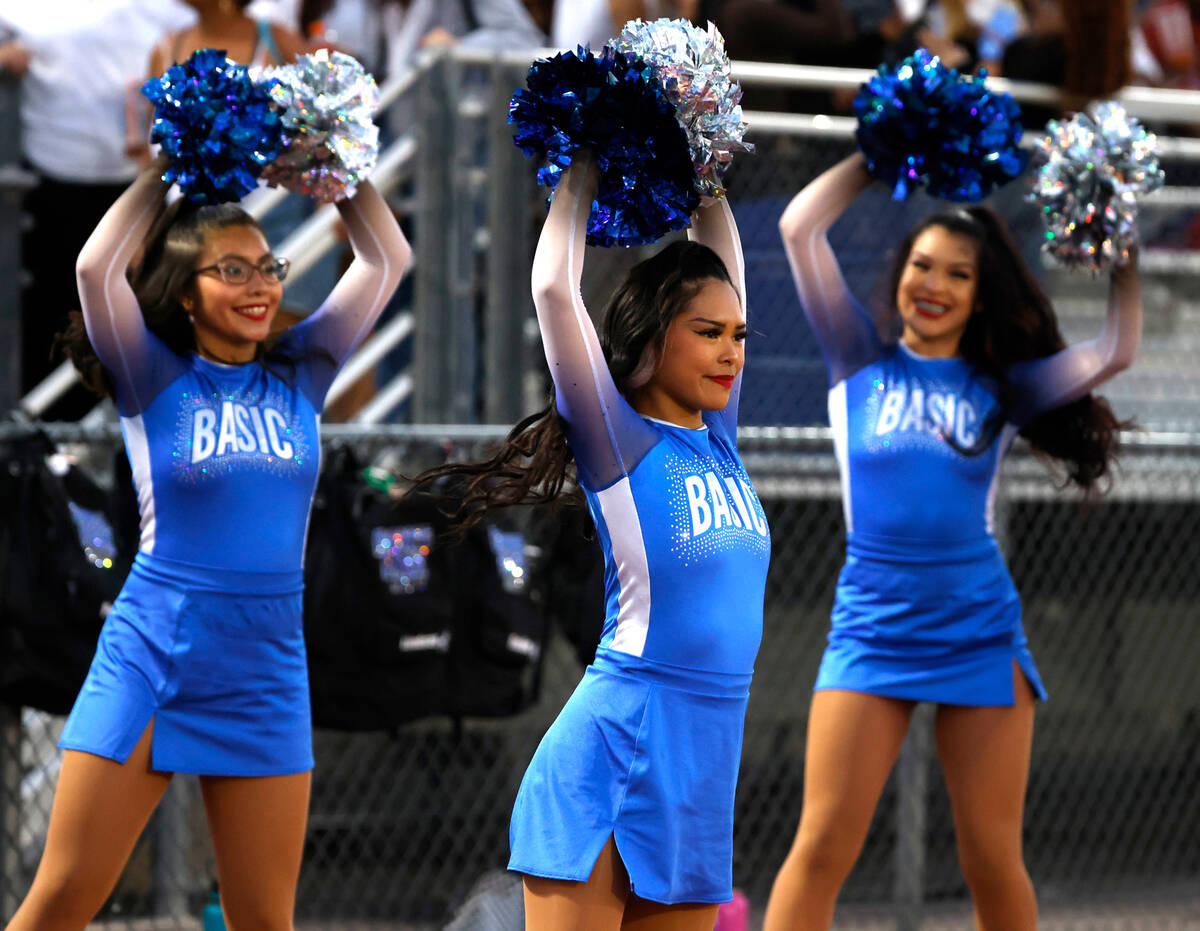 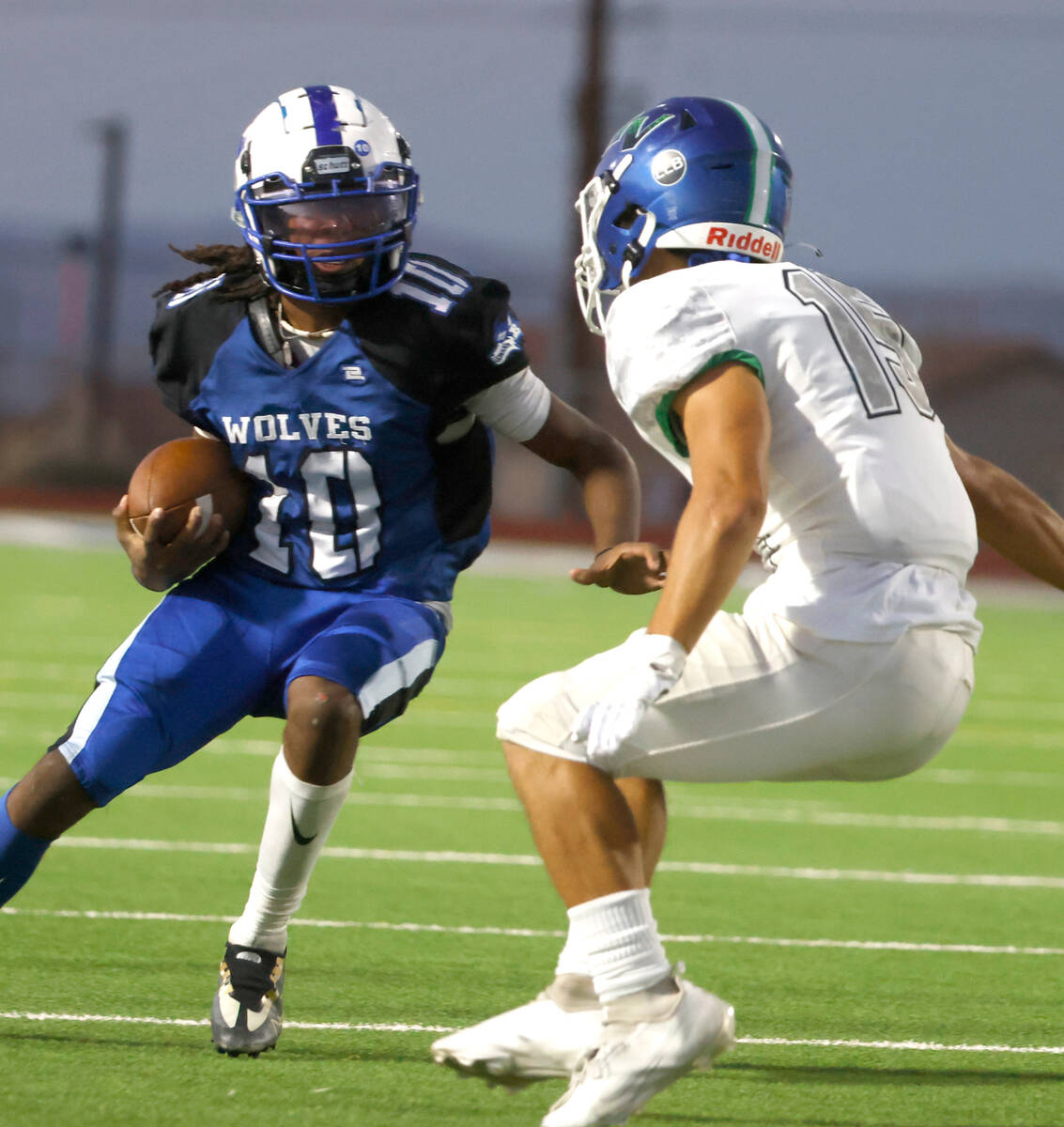 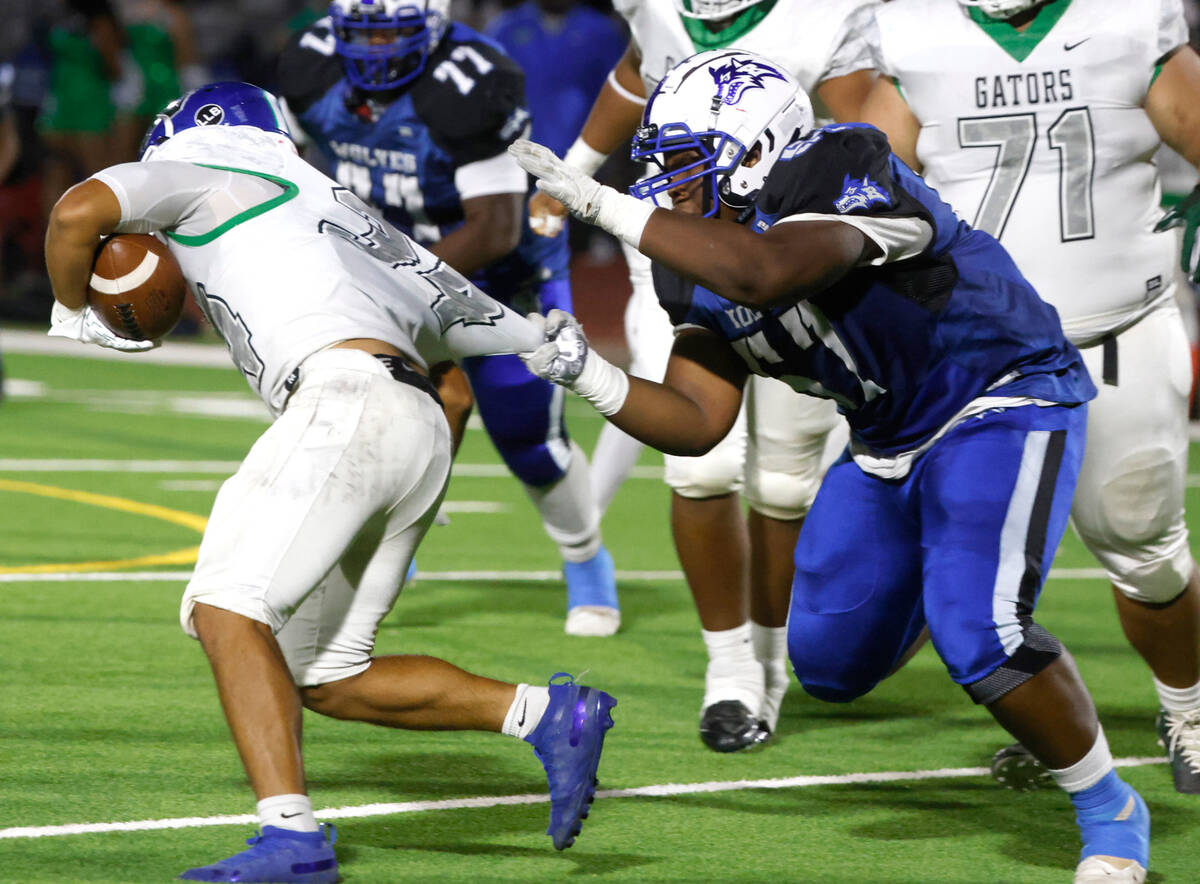 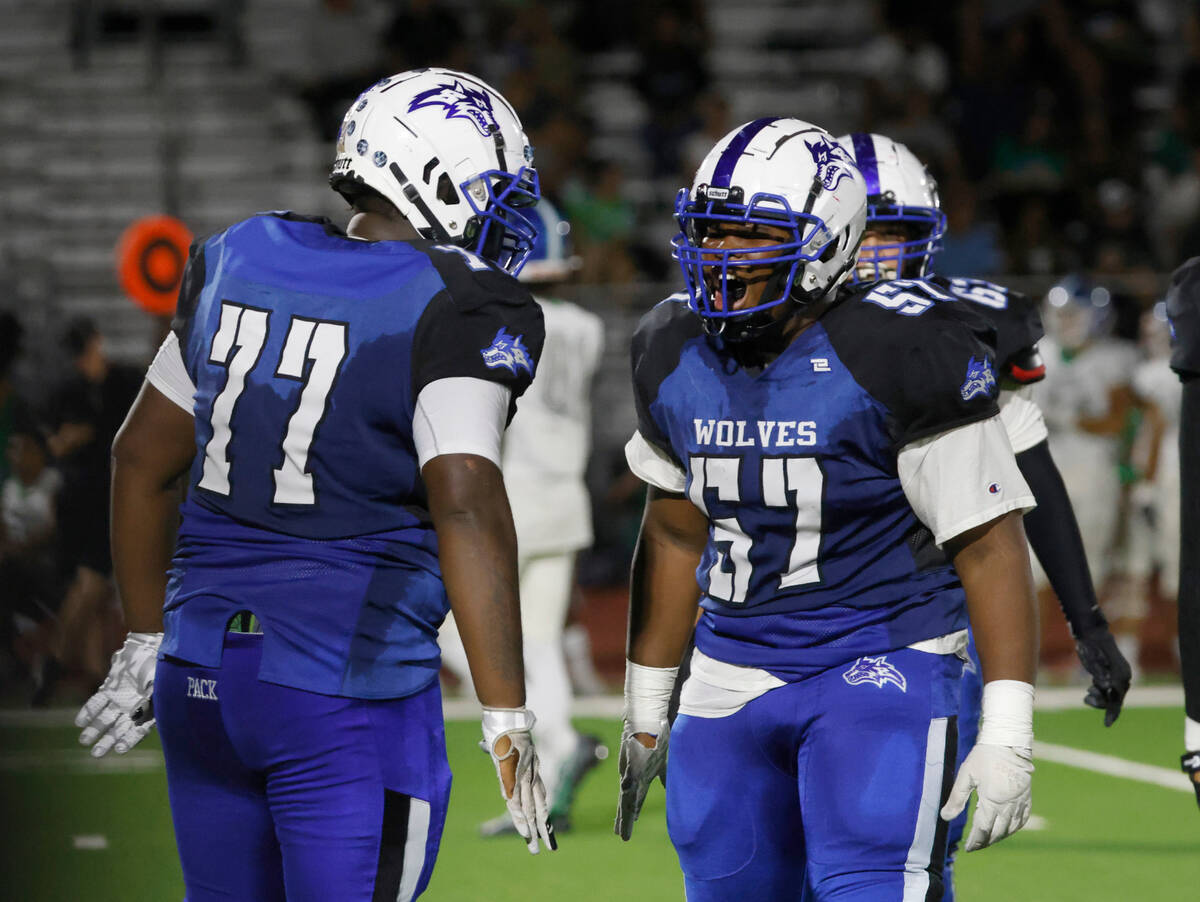 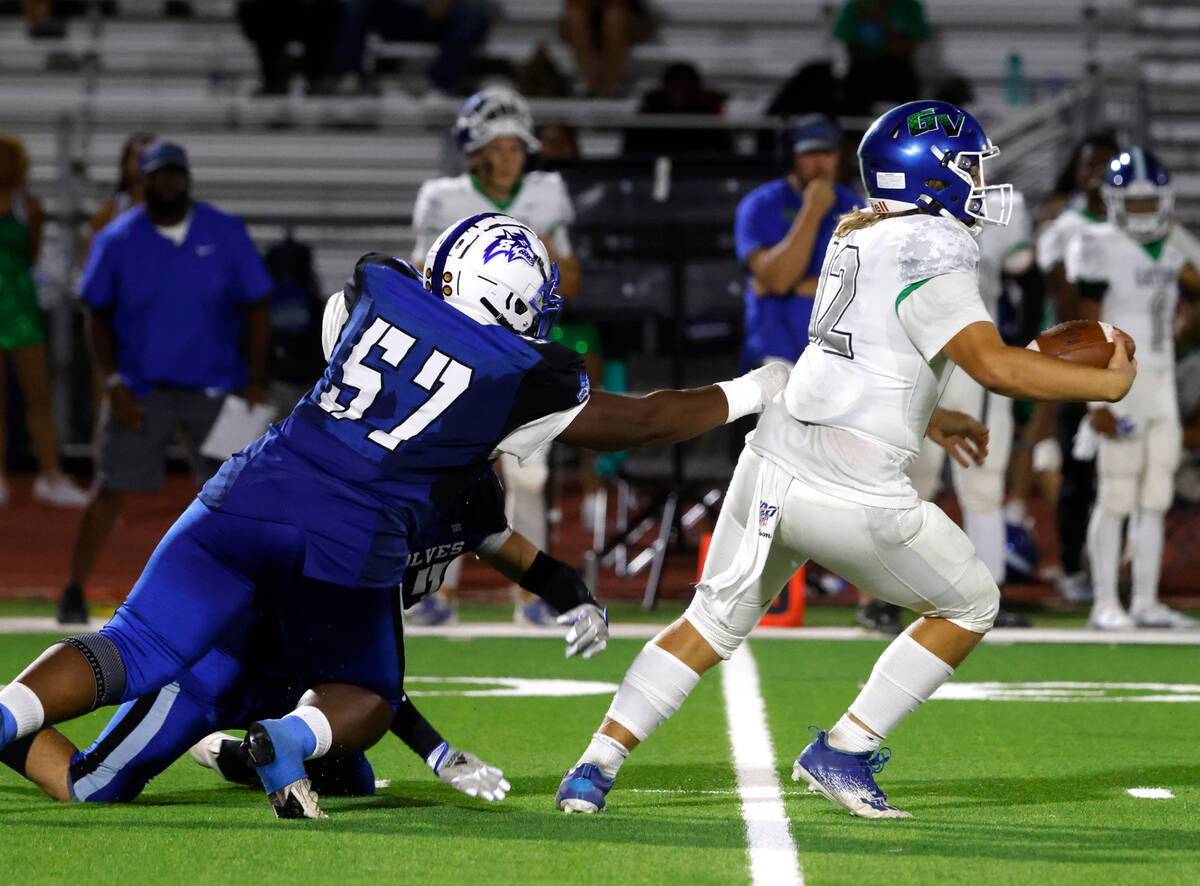 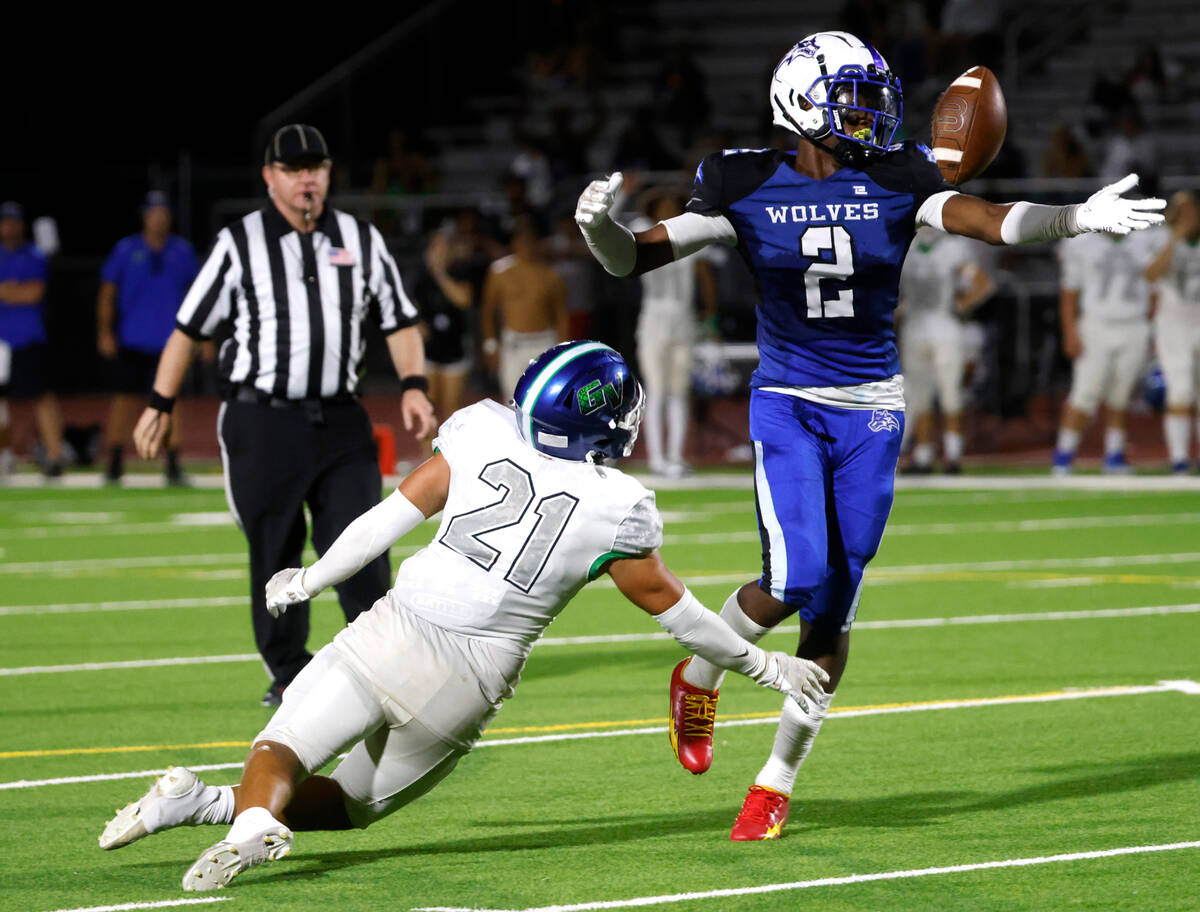 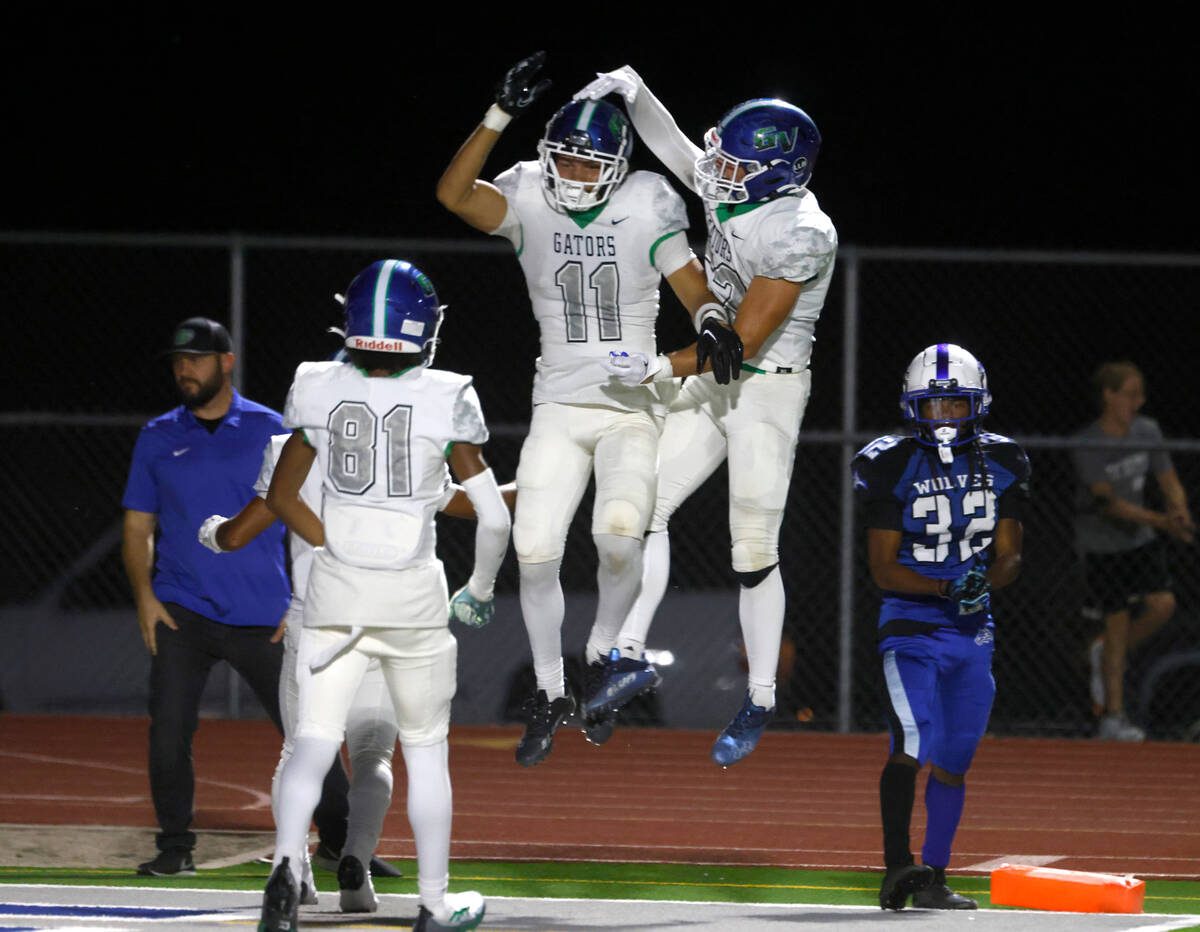 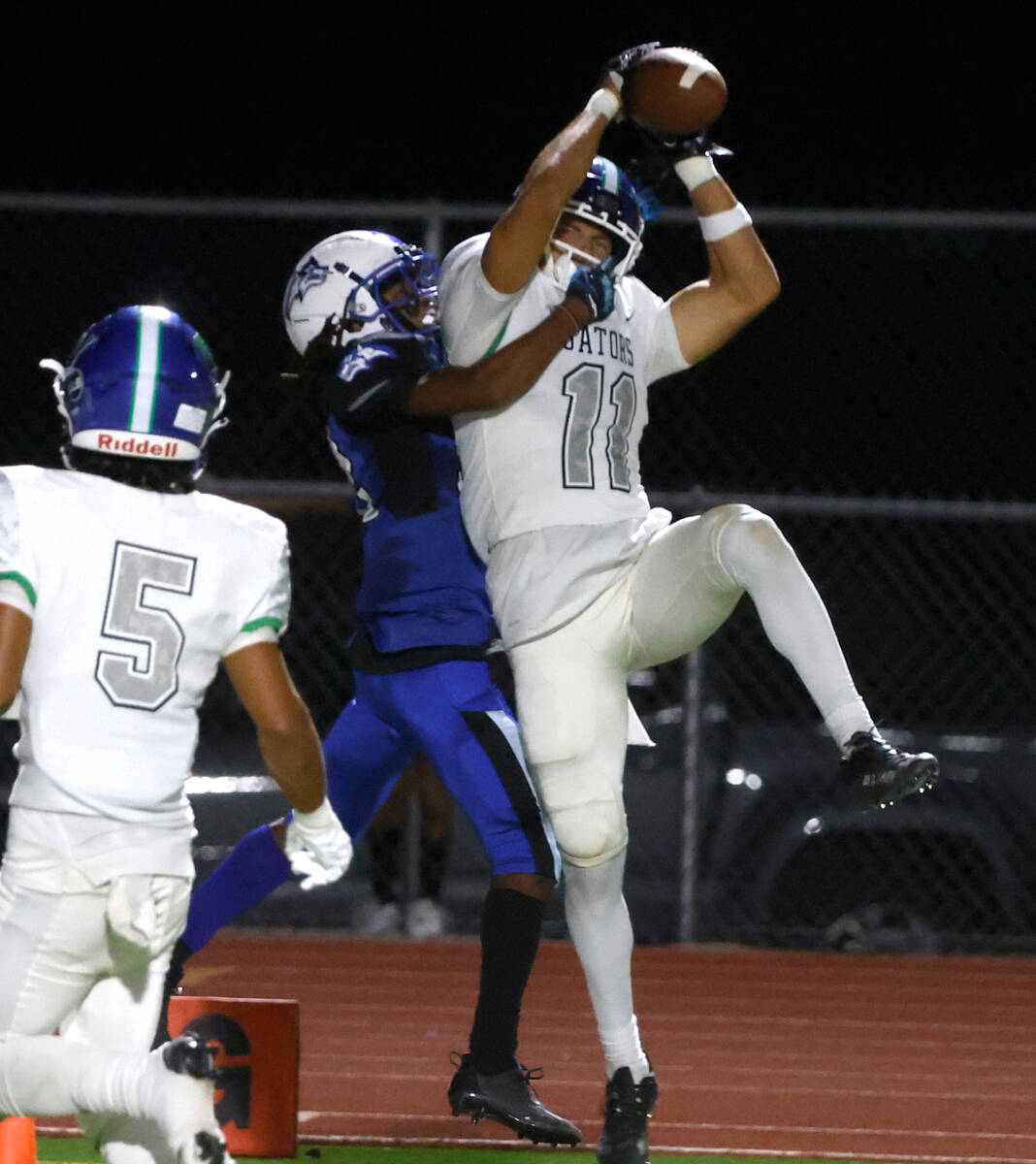 There was sentiment this was shaping up as Basic’s year in its annual Henderson Bowl showdown against Class 5A big brother Green Valley.

Instead, it once again was the Gators’ night.

Justyn Delzeit threw a 16-yard touchdown pass to Trey Glasper following a muffed Wolves punt on the first play of the fourth quarter to break open a 17-10 game, and visiting Green Valley’s rock-ribbed defense made it stand up for a 24-10 victory in the 30th renewal of the rivalry.

It’s always a sweet victory for the Henderson Bowl winner. But this one was totally covered in sugar for first-year coach Clay Mauro, given Green Valley was 0-4 coming into the game and Basic 5-0.

“These are great kids, they’re hard workers, and they care a lot,” the youthful coach said after Green Valley intercepted five passes on its way to a fifth straight victory over Basic. “They locked in this week, and this is what happens when we lock in, right?”

It became a rhetorical question after the Gators dropped seven and sometimes eight men into pass coverage and limited two Basic quarterbacks to nine completions in 33 attempts for 62 yards in addition to the five picks.

“I gave a clinic on blitzing at the Raiders camp, and when I gave it, I knew that Basic was there, Liberty was there, all those guys. So I’m (thinking) I better start dropping people into coverage,” Mauro said after his team posed for photos with the Henderson Bowl trophy.

It wasn’t a pretty win by any means — Green Valley was whistled 18 times for 205 yards in penalties — but gave credence to the notion the Gators weren’t a typical 0-4 team coming in, or even a 1-4 one after it.

“We scheduled very tough competition (including a couple of big schools from California). We had to, because we have a league that’s Murderers Row,” Mauro said. “We have Desert Pines, Liberty, Faith (Lutheran) is really good. We gotta run the gauntlet.”

As for the penalties, Mauro said the Gators would have to clean those up, but he attributed many of the personal fouls and chippiness to the emotion engendered by the rivalry.

“That’s a lot of us just being excited,” Mauro said.

Delzeit completed 16 of 24 passes for 217 yards and two TDs and was intercepted once to help Green Valley offset some of the yellow flags.

It was a grinding game for much of the night as confirmed by the longest play from scrimmage — a 55-yard run on a fake punt by Basic’s Chrey Traylor in the third quarter.

Green Valley took the lead on the game’s third play when Nathaniel Richter jumped a sideline route in front of the Basic bench and sprinted 45 yards with the first of the five intercepted passes.

The rivals traded second-quarter TDs, with the Wolves forging a 7-7 tie on a 13-yard pass from Joseph Garza to Traylor before the Gators answered right back.

Richter leaped high to snag a 15-yard toss from Delzeit just beyond the end zone pylon with 31 seconds left before halftime for a 14-7 Green Valley lead.

Neither offense could find rhythm until late in the second quarter. Basic managed only 13 yards on 14 rushes in a first half that saw quarterback Garza have four completions in 14 passing attempts with two interceptions.

Green Valley picked up most of its 129 first-half yards on Delzeit’s short and midrange passes but was penalized eight times for a whopping 105 yards — a trend that continued in the second half.