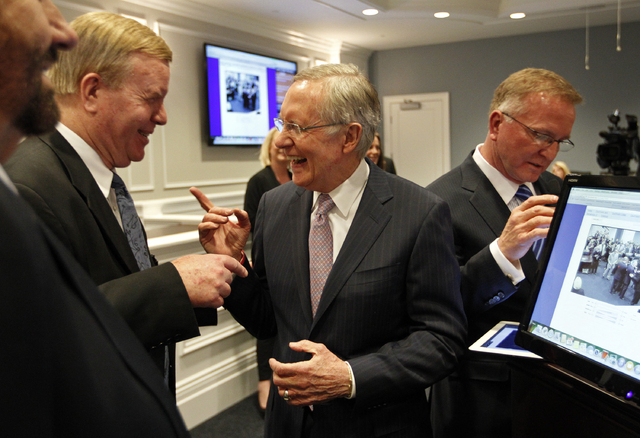 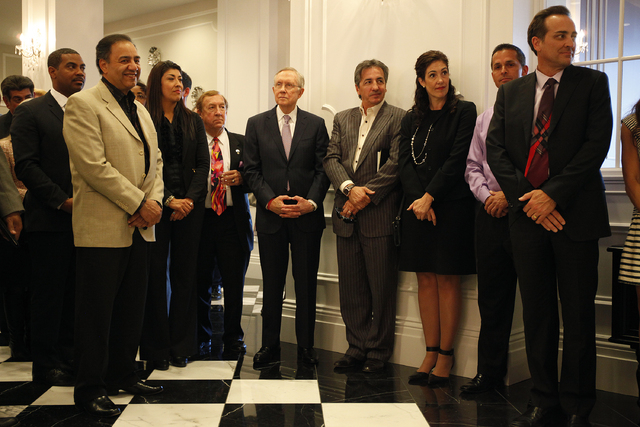 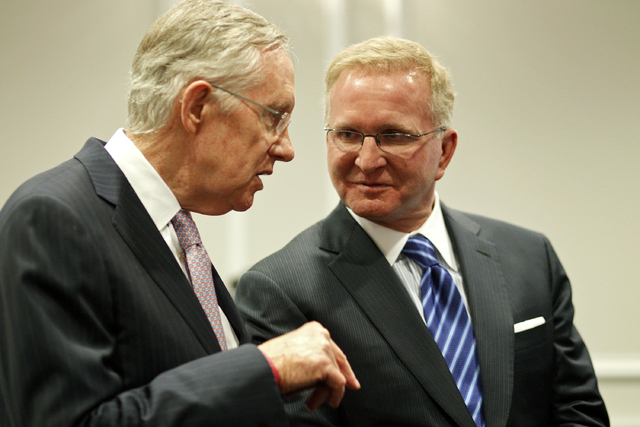 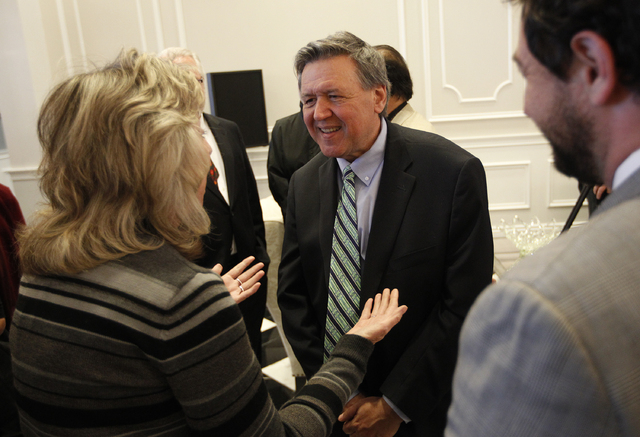 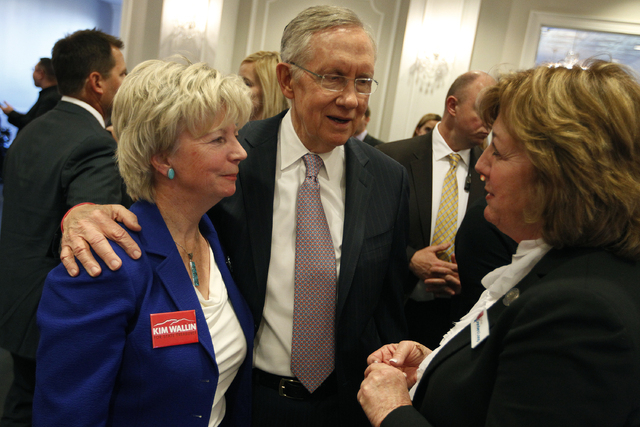 Eglet has won enormous civil awards for his clients, including two verdicts of more than $500 million each, one in 2010 and 2013. Eglet said he committed to building downtown and bought the land in January 2010 before winning those cases. He represented clients suing Teva Pharmaceutical for producing large vials of Propofol that were used by Dr. Dipak Desai on multiple patients who contracted hepatitis C.

A who’s who of politicians, judges, candidates, attorneys and doctors gawked at the chandeliers and soaring ceilings in the four-story building at 400 S. Seventh St., across from the Las Vegas Academy.

“My hat’s off to him,” said Goodman, whose eyes widened when she heard the cost of the 49,200 square foot building with the Evita-style balcony. “He’ll be paying taxes on that, and we congratulate him.”

The city didn’t offer any incentives to bring Eglet downtown.

The building will house the law firms Eglet Wall Christiansen, Vannah &Vannah, and Ralph Schwartz as well as Robert Lawson Investigations. Later, the law firm Pisanelli and Bice, now in the Hughes Center, will move in.

There is a courtroom where mock trials for Boyd Law School students at UNLV will be recorded and stored in a library for teaching.

Eglet’s personal office has a 16-foot high ceiling. Asked for the size of the room, which was larger than some entire homes, he answered, “Ridiculous.”

Eglet credited his wife Tracy for having “all the vision and putting it together in her head.”

The grand opening was a light-hearted affair.

“This looks a lot like my office.” Titus, D-Nev., joked, adding, “He certainly enhanced the neighborhood.”

LETTER: Southern Nevada is great, but …