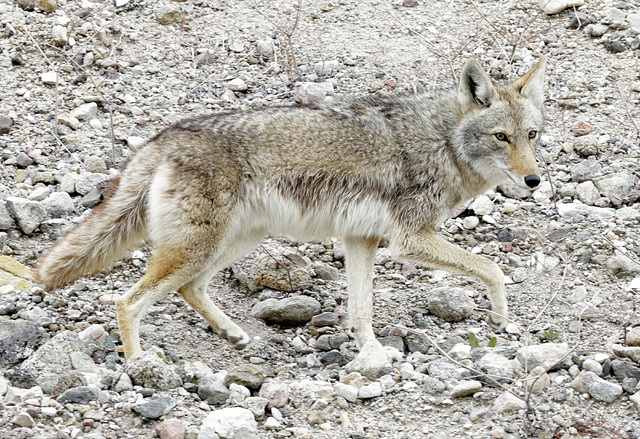 CARSON CITY — A $3 debate is afoot in the Legislature.

At issue is the question how the Nevada Department of Wildlife should spend a $3 fee designated for killing predatory animals such as ravens, coyotes and mountain lions.

Assembly Bill 101 would eliminate a requirement that the department spend at least 80 percent of the funds on lethal removal of predators. The fee was added to hunting tag applications in 2001 and provides about $500,000 annually for the department’s Predator Management Fund.

The bill’s sponsor, Assemblyman Mike Sprinkle, told the Senate Natural Resources Committee on Thursday that the legislation is not intended to stop the use of lethally taking predatory wildlife. The bill also allows money to be spent on wildlife habitat programs, with the option to pursue matching federal funds.

“What is not intended in this bill is to stop all management of predators,” said Sprinkle, D-Sparks.

The requirement to spend 80 percent directly on lethal removal of a predator stems from a bill that passed in 2015.

Lesley Pittman of the Nevada Wildlife Alliance supported the bill, saying it would empower the department.

“Let’s hand them back their toolbox,” she said.

The goal of the fee was to address the state’s declining populations of mule deer, bighorn sheep and sage grouse with better management of predators that eat them.

Assemblyman Ira Hansen, R-Sparks, testified along with other sportsmen in opposition to the bill, saying the $3 fee was set up for a specific use: predator control projects. He said it’s paid entirely by hunters and doesn’t involve tax dollars and came because of a lack of funds.

“You’re talking the people that are actually paying the money and telling them: You’ve been wrong for all these years,” said Hansen.

The Assembly has passed the bill 26-16, with a primarily party-line vote.