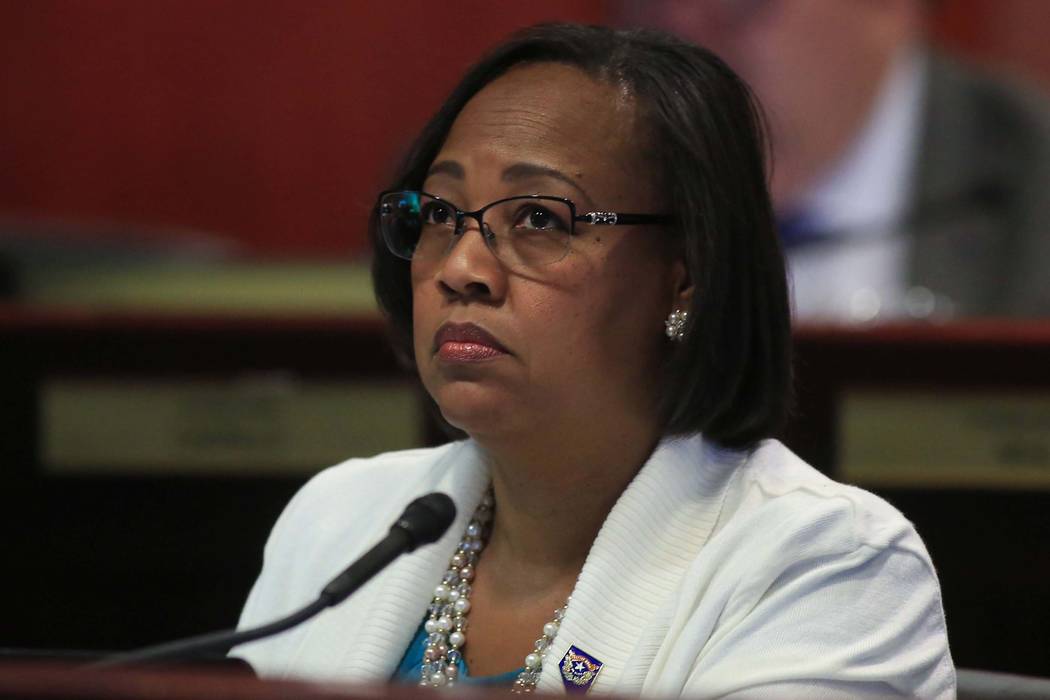 The retired North Las Vegas city correctional officer is a primary sponsor of Assembly Bill 303, which would ban local jails and state prisons from contracting with private companies for core services. The Assembly Ways and Means Committee heard the bill on Monday, without taking action.

“The main goal is to outlaw for-profit prisons in the state of Nevada,” Monroe-Moreno told the committee. “We currently do not have any.”

City and county jail systems would have to comply with the bill by July 1. The Nevada Department of Corrections would be allowed to contract with private companies until June 30, 2022, giving the department time to work on two projects.

The bill would require state and local jails to provide housing, security and discipline of inmates. Private vendors could be used for support services, such as food service, medical support and janitorial work.

Kevin Ranft, a lobbyist with the American Federation of State, County and Municipal Employees, called the bill “long overdue.” Nevada has tried for-profit prisons before, he said, and they’ve failed.

In 1997, Southern Nevada Women’s Correctional Facility opened under the management of the Corrections Corporation of America. Six years later, the state uncovered numerous problems, including inappropriate relationships between inmates and staff and substandard medical treatment. In one instance, a male guard impregnated an inmate.

The CCA, which last year changed its name to CoreCivic, did not renew its contract to run the facility. The Nevada Department of Corrections now runs the facility, now called the Florence McClure Women’s Correctional Center.