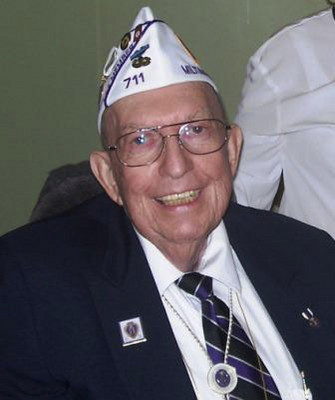 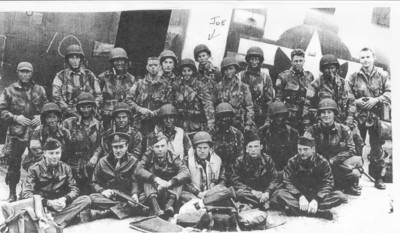 Irving Joseph Schwartz had a glorious Army career in World War II based on the achievements he listed with the Military Order of the Purple Heart.

His impressive résumé, along with his advocacy for veterans in Las Vegas, prompted the House on Sept. 27 to pass a bill naming a post office on Russell Road after him. Under the legislation, authored by Rep. Jon Porter and co-sponsored by Rep. Shelley Berkley, the building’s new name would be "Private First Class Irving Joseph Schwartz Post Office."

But after a Review-Journal inquiry cast doubts on his record, Schwartz, 83, of Las Vegas, admitted to Porter’s staff last week that he had fabricated most of his role in World War II. The valor medals he claimed, including the Bronze and Silver stars, had stood without question for most of his life.

"He was very sorry and remorseful, and didn’t give an explanation why he’s been doing it for 63 years," said Phil Speight, Porter’s chief of staff.

Schwartz’s story, as he told it, was one of heroism, participating in historic battles and becoming a leader among wounded combat veterans.

He gave only a brief comment for this story, saying the lies were "all an accident."

His best friend, Ron Krever, described him as man who has led a life of devotion to his fellow veterans.

Krever, a veteran himself, said Schwartz made a mistake when he fell in love as a young man, a mistake that "unfortunately lasted longer than the marriage."

He said Schwartz had lied about his age to the woman who became his first wife because she was seven years older. And, "like most men he wanted to impress her and so he embellished his military record," Krever wrote in a letter Tuesday.

Speight said Schwartz was the man Porter, R-Nev., and Berkley, D-Nev., went to when they were "looking for someone who could be recognized for working with the veterans in Southern Nevada." Some veterans suggested he would be a good candidate because of his work assisting Jewish war veterans and the homeless.

Schwartz, who was a national service officer last year for the Military Order of the Purple Heart, is also a former commander of the organization’s Chapter 711 in Las Vegas. In 2004, he led a small group of Purple Heart recipients from Las Vegas to the dedication of the World War II Memorial in Washington.

Shortly after the initial post office bill was introduced on March 12, Schwartz sat for an interview that Porter conducted for the Library of Congress Veterans History Project.

"And then the Silver Star. Tell us about that," Porter says to Schwartz in the taped interview.

"Ah. They gave me that. I was surprised to get it. … You try to save your guys and … whatever it takes to do it you do it, you understand," Schwartz replied, describing how he saved his comrades by throwing grenades in enemy bunkers.

The basis for Porter’s interview was a biography Schwartz had submitted to the Military Order of the Purple Heart. Schwartz claimed he had jumped into Normandy, France, six days before the D-Day invasion with a select group of paratroopers from the 82nd Airborne Division’s 504th Parachute Infantry Regiment.

And according to that self-prepared biography and from what he told others, he was wounded three times in different combat engagements. Along with the Silver Star, he said he received three Purple Hearts. He also said he served in the Pacific campaign in addition to the European theater.

Finally, he wrote on a data sheet for the history project interview that he served in Company A of the 504th Parachute Infantry Regiment and received a Combat Infantryman Badge.

But as public attention about him grew in recent months, he also drew notice from independent researchers who began checking into his record.

The biography he submitted to the Military Order of the Purple Heart quickly became suspect.

One military historian says it would have been impossible for Schwartz to have jumped into France six days before D-Day.

The historian, Brian Siddall, of Airborne in Normandy Research, said in e-mails to the Review-Journal that a photograph of pathfinders that accompanied Schwartz’s biography on the Purple Heart organization’s Web site doesn’t contain anyone named Irving Joseph Schwartz. And the photo isn’t of Schwartz’s claimed unit, the 504th Parachute Infantry Regiment.

Instead, Siddall said, the photograph is that of pathfinders from the 2nd Battalion of the 505th Parachute Infantry Regiment. The man with the arrow above him, denoted as, "Joe," is not Schwartz but one of five soldiers in the photograph who couldn’t be positively identified.

"We just don’t know which name goes to which face," Siddall said.

During his research and in what appears to be a coincidence, Siddall found there is another World War II veteran named Irving Schwartz in the Las Vegas Valley who received a Silver Star medal for gallantry in action near Bliesbrucken, Germany, in February 1945.

That man, Irving I. Schwartz, 83, of Henderson, told the Review-Journal last month that the types of honors that require congressional action "are for people who have really done something big for their country."

There were other discrepancies with Irving Joseph Schwartz’s story.

Rather, an honorable discharge form containing Schwartz’s serial number on record with the Department of Veterans Affairs shows he was a rifleman with the 357th Infantry Regiment. The regiment sailed to the Normandy coast, anchored off of Utah beach and waded ashore from landing crafts on June 8, 1944.

But Schwartz’s discharge record shows he didn’t arrive in the European Theater of Operations until December 1944, six months after the Normandy invasion began.

Regarding his Purple Hearts, Schwartz told Porter he was wounded in the knee in Sicily and grazed by a bullet in Normandy. He said he was wounded in Holland, but he gave no details of that incident because of what he called the bad memories it stirred.

But his discharge papers list only one Purple Heart, for being wounded in Belgium in January 1945, and a Good Conduct ribbon. No mention is made of a Silver Star or the Combat Infantryman Badge he claimed to have. Nor did he serve in the Pacific Campaign, according to the document. And there was no mention of a Bronze Star.

Schwartz applied for membership in the Military Order of the Purple Heart in 1979, listing that he earned a Purple Heart in December 1944 during the Battle of the Bulge, regarded as one of the bloodiest battles of World War II. But Schwartz wasn’t wounded until a month later, according to his discharge papers.

Cyril Kammeier, acting public relations director of the Military Order of the Purple Heart, said biographies appearing on the group’s Web site are submitted by the veterans themselves and are not confirmed by the group.

Upon learning of Schwartz’s disclosures last week, Kammeier said the embellished biography will be taken down from the site.

Under the Stolen Valor Act signed into law by President Bush in 2006, people who are caught lying about receiving military valor medals they never earned can be charged with a federal misdemeanor even if they have never been seen wearing such combat medals but have made false claims about having them.

Impersonators can be fined up to $5,000 and imprisoned up to six months for falsely claiming to have received an armed services decoration.

Penalties increase for those who claim to have received the Distinguished Service Cross, the Air Force Cross, the Navy Cross, the Silver Star, the Purple Heart and the Medal of Honor.

However, sentences for violating the Stolen Valor Act typically range from community service to probation.

Mary Schantag of the POW Network, a nonprofit veterans watchdog group that researches military records of servicemen suspected of claiming awards they did not earn, faults members of Congress for not doing their homework on Schwartz’s service record before agreeing to name a post office after him.

"They didn’t do due diligence to vet this man’s military records whatsoever," Schantag said. "If you can’t verify, why are you going ahead based on somebody’s fairy tale?"

Speight confirmed that Porter, who has since lost his bid for re-election, did not check Schwartz’s claimed military honors before sponsoring the legislation. The staff, Speight said, relied on information from the Military Order of the Purple Heart.

As for the post office bill, Speight said Porter will clarify the congressional record and rescind the legislation by requesting that the Senate not move it forward.

Doug Sterner, a military historian in Colorado who specializes in documenting awards of valor, said problems caused by fake military heroes who seek unwarranted recognition and financial benefits can be avoided if Congress passes a bill next year by Rep. John Salazar, D-Colo.

The bill, he said, will call for a database accessible by members of Congress, the Department of Veterans Affairs and journalists to verify claims about medals of valor.

"You’ve got phonies getting post offices named after them, and the real heroes get lost in the shuffle," Sterner said.