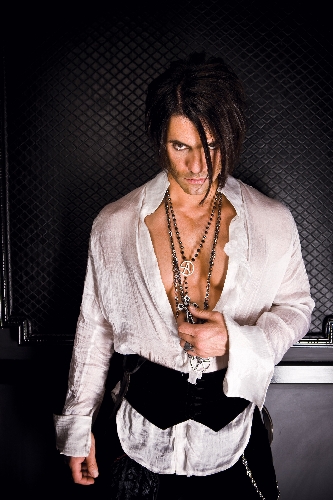 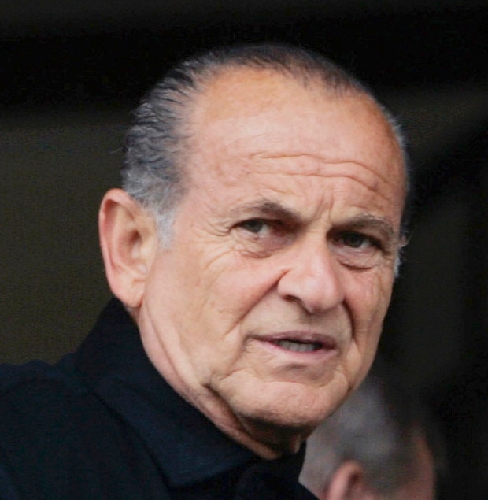 A book about the history-rich Las Vegas Country Club is being assembled for a fall release.

Authored by longtime local golf writer Brian Hurlburt, “The Las Vegas Country Club: Chronicle of an Icon” more than backs up the claim “What happens in Vegas happened here.”

Hurlburt provided me with a sneak preview. The book is being published by Stephens Press, which is owned by Stephens Media LLC, owner of the Review-Journal.

Built on the site of a defunct horse racing track, the club took off with the 1970 purchase by its new founders Irwin Molasky, Merv Adelson, Moe Dalitz and Allard Roen.

At the club’s zenith, the who’s who of Hollywood, the sports world and the underworld hung out at the club with local movers and shakers.

It was the place to be, a celebrity magnet and the ultimate power lunch spot for most of its existence. Many of the biggest decisions in the city’s history were hashed out at the club.

There’s nothing staid about its history:

■ Hot-tempered daredevil Evel Knievel, a club regular, pulled a .44-caliber Magnum out of his golf bag and chased down a golf cheater, who ended up on his knees, begging for his life. “To this day,” Knievel told Golf Digest, “I don’t know what stopped me from killing him. The sheriff was called out, and he let me go because he knew the kind of man this guy was.”

■ The mob’s Lefty Rosenthal lived on the 13th fairway and enforcer Tony Spilotro stayed in the Regency Towers, which opened in the early 1970s.

■ Concerned about the club’s problems associated with Spilotro’s presence, Dalitz, no saint when it came to mob connections, informed club personnel to stop paging Spilotro.

■ When board members finally tired of the “ill repute” caused by Spilotro, they voted to boot him out. “But then there was a dead silence after the vote,” recalled Joe W. Brown. “Who was going to tell (Spilotro)?” They went to Dalitz, then in his 80s, who “just smiled and said, ‘Let me take care of it.’ ” Spilotro cleaned out his locker the next day, Hurlburt wrote.

■ Tennis Hall of Famer Andre Agassi grew up on the LVCC tennis courts.

■ Wilt Chamberlain, the NBA’s 7-foot-1-inch superstar, was in a hotly contested tennis doubles match when LVCC member Michael Saltman asked Chamberlain if he wanted to play for a case of beer. Beer!? Scoffed Chamberlain, “how about a case of Cristal (champagne)?”

■ Club member Jimmy Mullidore, musical director at the Las Vegas Hilton during Elvis’ long run, was introduced to actor Joe Pesci at the club one day. Pesci, a 5-foot-5-inch volcano, unleashed a foul-mouthed rant, only half-kidding. Pesci said he lived in Las Vegas from 1975-77 with Tommy DeVito, a co-founder with Frankie Valli of “The Four Seasons.” Pesci told Mullidore he was a flat-broke musician and called twice in hopes of landing a job but didn’t hear back.

At UFC 132 (MGM Grand Garden) on Saturday: Justin Bieber, Rihanna, Nick Lachey (in town for his bachelor party), Jenny McCarthy (who, while dining Friday at Joe’s Seafood, Prime Steak & Stone Crab with her boyfriend and another couple introduced them as “my future in-laws”), Kevin James, Benji Madden, and Jason Mamoa, who stars in the upcoming “Conan the Barbarian,” Lil Jon and Travis Barker. … Rapper 50 Cent, tweeting he was in town to celebrate his birthday with boxing champ Floyd Mayweather Jr., who was hosting at Eve (Crystals at CityCenter) on Saturday. Fifty Cent turns 36 on July 6. … Mike Tyson, making a 3 a.m. entrance Saturday at XS Nightclub (Encore). … Actor Vince Vaughn, smoking a stogie while watching high-limit action at The Cosmopolitan on Friday night. .. Bill Maher, at Viva Elvis (Aria at CityCenter) on Friday. After the show, he tweeted: “Just saw the Cirque du Soleil Elvis show. I loved it. I expected Elvis as a midget on a tricycle but it was great. I’m all shook up.” … Luxor headliner Criss Angel and celebrity blogger Perez Hilton, making peace at The Bank (Bellagio) on Friday. They had a blowup two years ago when Hilton tweeted some unflattering comments during Angel’s show. Angel responded at the end of the show, lobbing some choice words at Hilton. After calling a truce Friday, Angel later joined Miss USA 2010 Rima Fakih, who hosted at Eve.

“The complimentary TSA groping.” — From David Letterman’s Top Ten Reasons I, Dave Letterman, Am Proud To Be An American