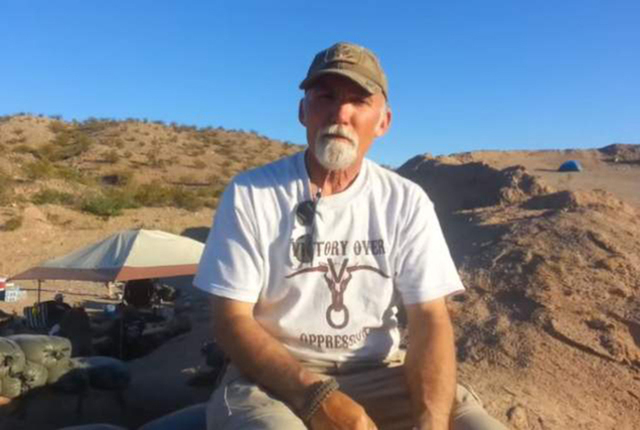 Jerry DeLemus of New Hampshire has struck a plea deal to plead guilty for his role in the 2014 Bunkerville standoff. (Jason Patrick/YouTube) 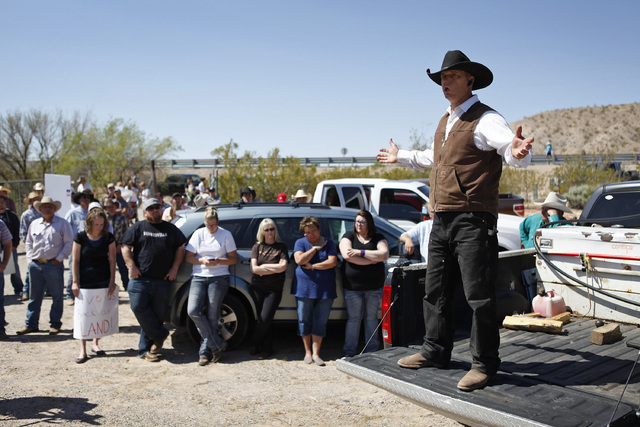 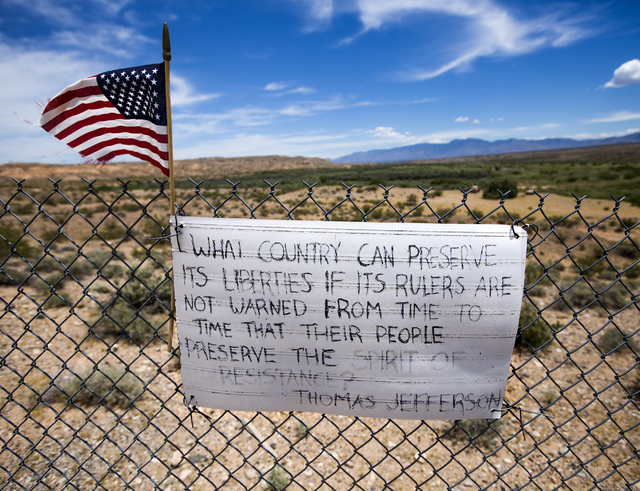 A sign posted on a fence line is seen near the Bundy Ranch near Bunkerville on Thursday, May 19, 2016. (Jeff Scheid/Las Vegas Review-Journal) Follow @jlscheid 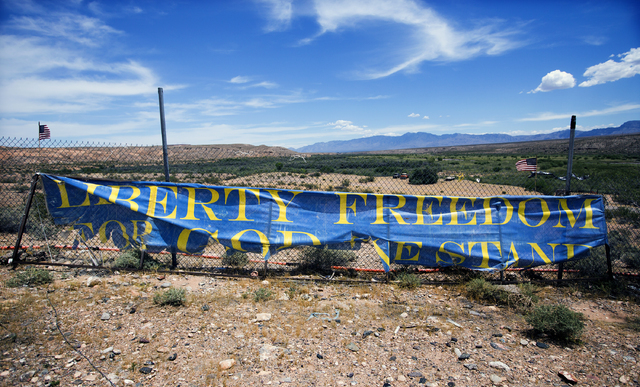 A sign secured on a fence on Nevada state Route 170 near Bunkerville is seen on Thursday, May 19, 2016. (Jeff Scheid/Las Vegas Review-Journal) Follow @jlscheid 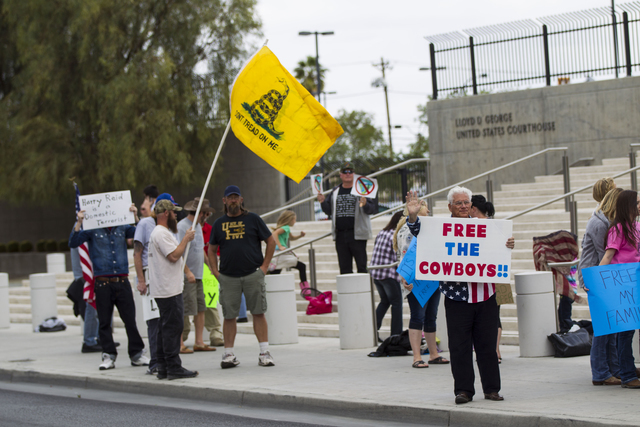 People protest outside the Lloyd George U.S. Courthouse ahead of an arraignment for Ammon and Ryan Bundy, among others, in Las Vegas on Friday, April 15, 2016. The arraignment was for charges stemming from the armed standoff in 2014 that took place in Bunkerville. (Review-Journal) 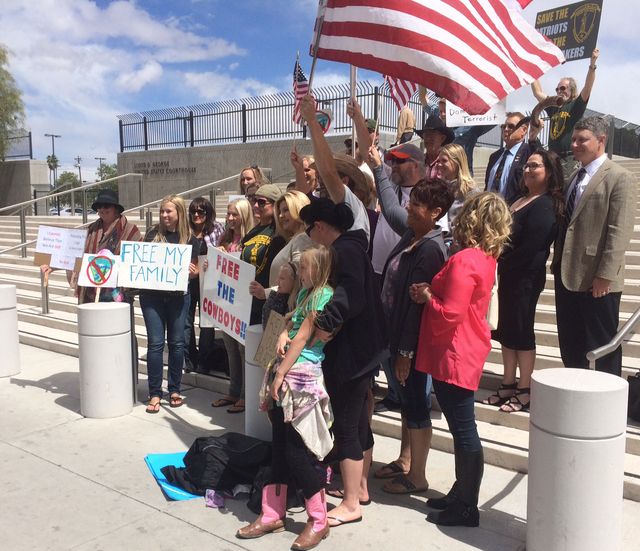 Protesters, including Assemblywoman Michele Fiore, center, pose outside the Lloyd George U.S. Courthouse ahead of an arraignment for Ammon and Ryan Bundy, among others, in Las Vegas on Friday, April 15, 2016. The arraignment was for charges stemming from the armed standoff in 2014 that took place in Bunkerville. ( Jeff German/Las Vegas Review-Journal)

Gerald DeLemus, a politically active New Hampshire man, has become the first of 19 defendants to strike a plea deal in the 2014 Bunkerville standoff.

Federal prosecutors describe DeLemus, who has been in custody for more than five months, as a “gunman and midlevel organizer” in the Bundy family-led scheme to assault law enforcement officers who had rounded up Bundy cattle.

He is to enter a change of plea Aug. 23 before Chief U.S. District Judge Gloria Navarro.

In a court filing Tuesday, Navarro said she has received a signed guilty plea agreement from DeLemus, who was indicted on nine federal charges, including conspiracy.

Details of the agreement will not be made public until after he appears in court. But his Las Vegas lawyer, Brian Smith, said he is free to argue for a lesser sentence than the six years in prison prosecutors seek.

DeLemus, 61, co-chaired Veterans for Donald Trump in New Hampshire before his March arrest, and his wife is a Republican New Hampshire state representative.

Three other defendants in the Bunkerville standoff have pleaded guilty in the 41-day takeover of the Malheur National Wildlife Refuge in Oregon that ended in February.

The three men are among the 19 defendants — including alleged Nevada standoff leader Cliven Bundy and four of his sons — facing federal charges in the Bunkerville confrontation. Prosecutors have described Payne, 32, as a leader in both armed standoffs.

The Nevada defendants are accused of conspiring to assault BLM agents and take back impounded Bundy cattle that had been grazing on federal land.

DeLemus, a U.S. Marine Corps veteran, arrived in Nevada too late to participate in the alleged assault near the Bundy ranch on April 12, 2014, according to prosecutors.

But prosecutors alleged in court papers that he quickly became an “organizer of gunmen on the ground” at the ranch after the confrontation. The ranch is outside Bunkerville, about 80 miles northeast of Las Vegas.

DeLemus remained at the ranch for three weeks after the confrontation and was placed in charge of “Camp Liberty,” where armed militia members were housed, prosecutors alleged.

The government has several photos of a well-armed DeLemus in tactical gear at the Bundy Ranch.

Last week, a federal magistrate judge denied DeLemus’ latest bid for freedom, concluding he remained a danger to the community.