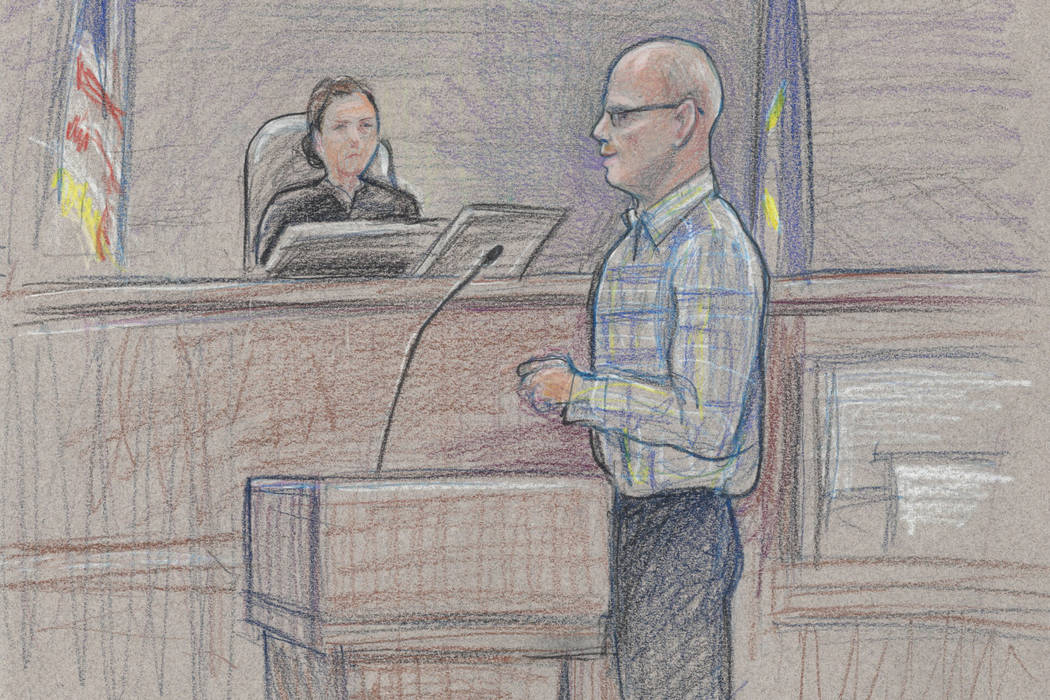 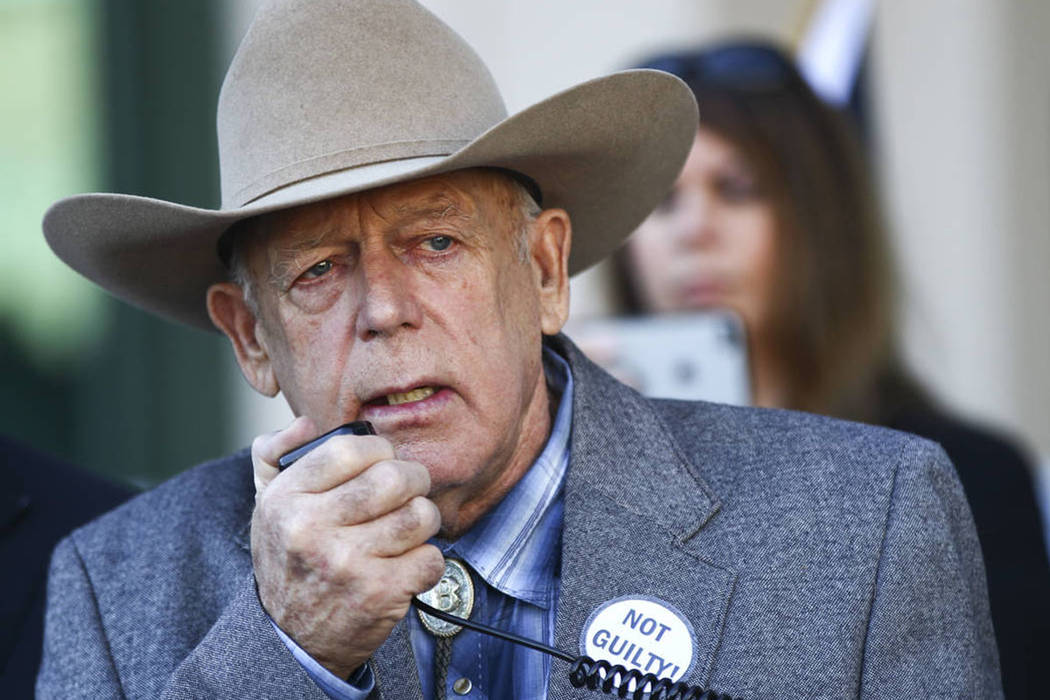 An Idaho man was sentenced Thursday to 14 years behind bars for his role in a Bunkerville standoff with federal authorities six months after a judge dismissed felony conspiracy and weapons charges against rancher Cliven Bundy, two of his sons and another man.

U.S. District Judge Gloria Navarro, the same judge who threw out the charges against Bundy, ordered Todd Engel to serve 168 months in federal prison for his role in the April 2014 encounter during an impoundment of Bundy’s cattle on federal land, according to court records.

Engel, 51, was convicted in April 2017 while representing himself on charges of obstruction of justice and interstate travel in aid of extortion during the first of three trials in the case.

His lawyer at the sentencing, Warren Markowitz, had asked the judge to throw out the charges against Engel and grant him a new trial.

“It is very frustrating when the core defendants have not paid a price for the actions that Todd is now sitting in jail for,” Markowitz said Thursday, adding that he plans to appeal Engel’s conviction.

Prosecutors said Engel traveled to Bunkerville, about 70 miles northeast of Las Vegas, with the intent to commit violence against Bureau of Land Management officers who were executing a court order to round up Bundy cattle on federal land.

Engel, wielding a loaded AR-15 assault rifle with extra ammunition in his tactical vest, hid behind concrete barriers on an Interstate 15 overpass and impeded agents, according to prosecutors.

At trial Engel said he was standing on the highway bridge overlooking the impoundment and heard someone say that federal authorities “were pointing guns at people underneath the bridge.”

Markowitz said that “justice was not served” with Engel’s sentence.

“Todd is not the vile, hatred-filled individual the prosecution has painted,” the lawyer said. “He believed that he did what he was doing for the right reasons, and he believed that his participation was for the better good.”

In January, Navarro dismissed felony charges against Bundy, two of his sons and an independent militia leader, ending their trial over the standoff. Prosecutors asked the judge to reconsider her decision to throw out the charges against the Bundy patriarch, along with his sons Ammon and Ryan and independent militia man Ryan Payne, but Navarro rejected their request in a ruling this month.

Bundy, who owes more than $1 million in unpaid grazing fees and fines, has long contended the land on which he grazes his cattle should not be claimed by the federal government.

The one-day standoff ended with no injuries after BLM officers, under pressure to avert bloodshed on both sides, called off the roundup.