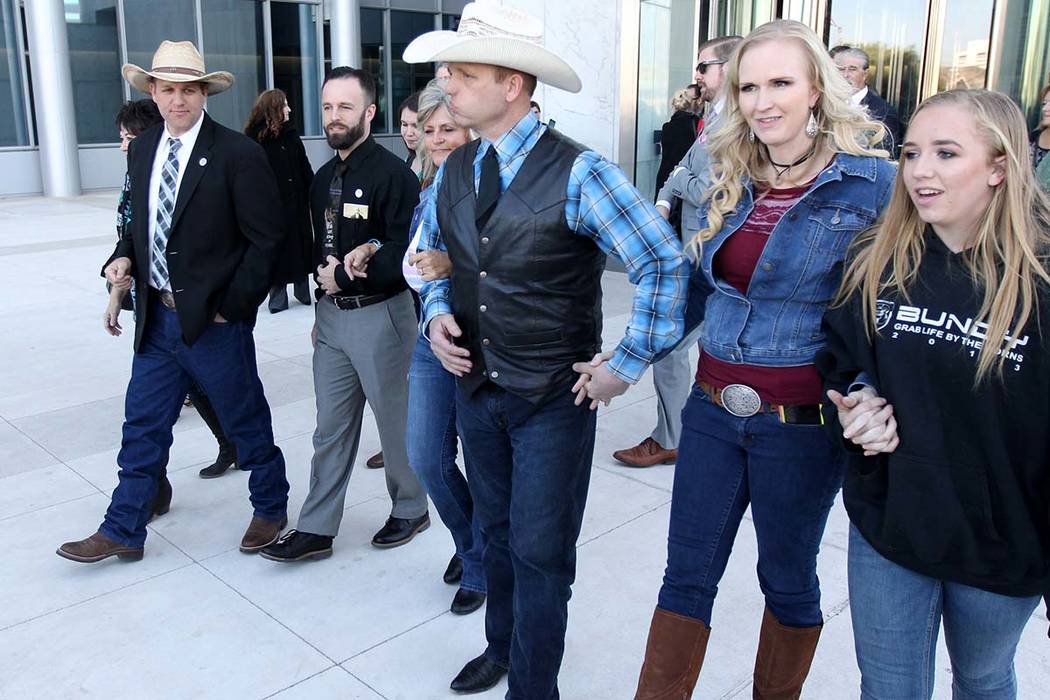 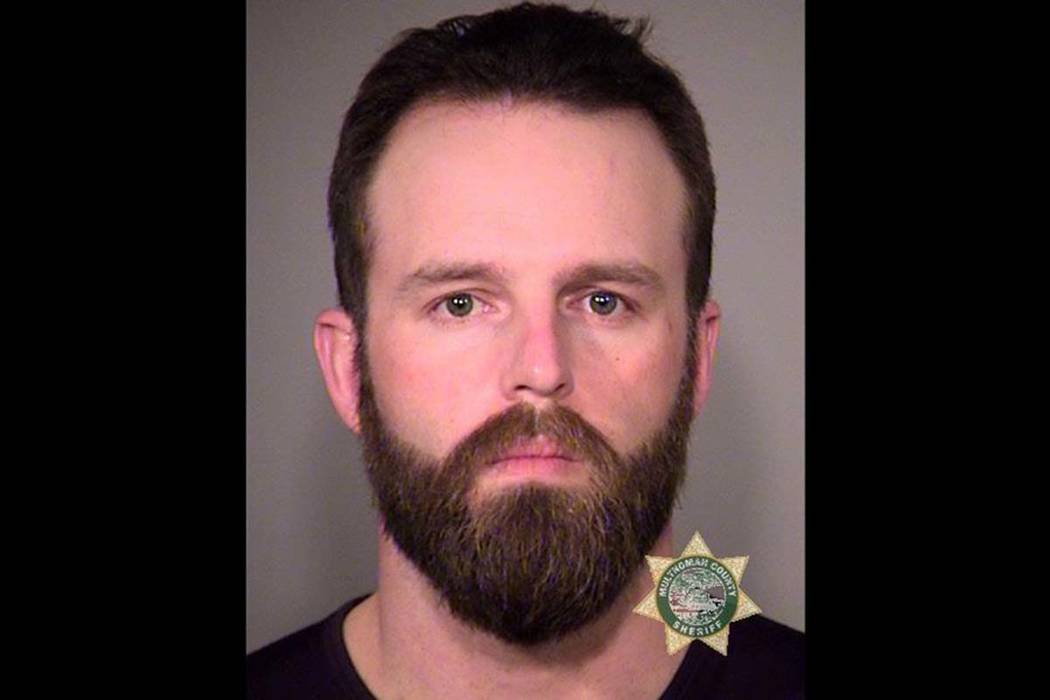 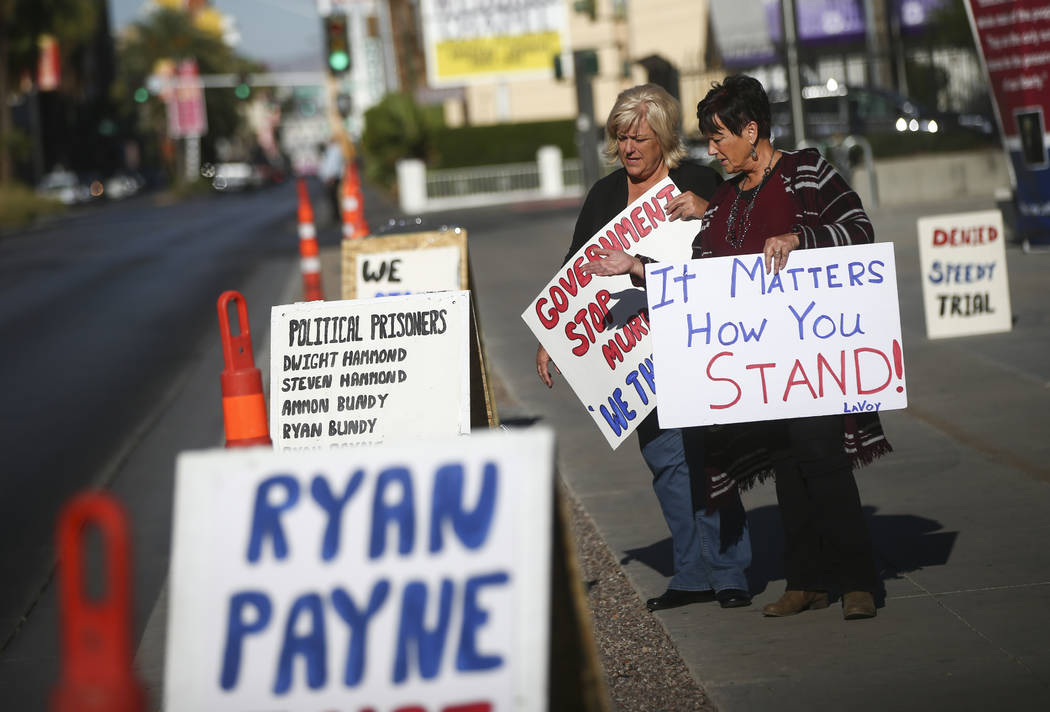 Lillie Spencer, left, and Margaret Houston hold signs in support of the Bundy family and others outside the in Lloyd George U.S. Courthouse in downtown Las Vegas on Tuesday, Nov. 14, 2017. Opening statements were delivered in the trial for Cliven Bundy, sons Ammon and Ryan, as well as Ryan Payne. Chase Stevens Las Vegas Review-Journal @csstevensphoto

PORTLAND, Ore. — A judge is taking action against two men who participated in the occupation of an Oregon wildlife refuge after Facebook photos showed they violated their release conditions by visiting the Bundy ranch in Nevada without permission.

U.S. District Judge Anna Brown has moved up Jon Ritzheimer’s date to surrender to prison to Jan. 12 from Feb. 15, The Oregonian/OregonLive reported Tuesday.

She also forbade Ritzheimer from having contact with any defendant from either the Oregon or Nevada standoff cases before his prison sentence begins.

The two men have pleaded guilty to federal conspiracy in the armed occupation of the Malheur National Wildlife Refuge in southeastern Oregon in 2016.

Payne also faces other federal charges in Nevada along with Cliven Bundy and sons Ammon and Ryan Bundy.

After a mistrial was declared in the Nevada case in December, Brown gave Payne permission to go home to Montana for Christmas.