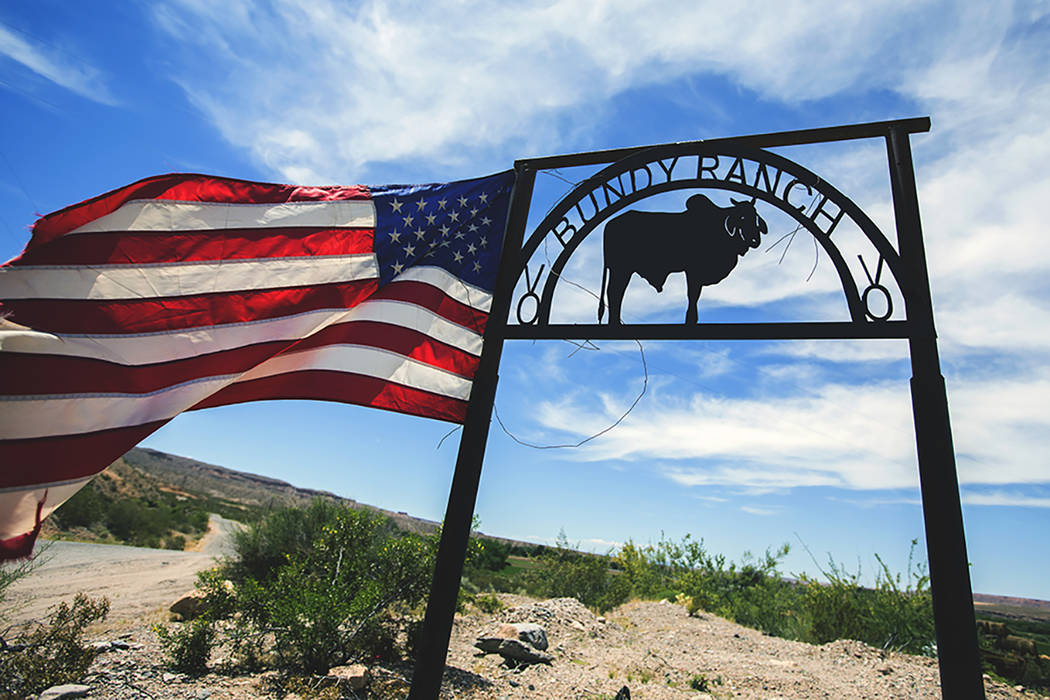 Federal prosecutors throughout the West have struggled recently to win conspiracy convictions against groups of loosely organized individual rights activists who identify with an anti-government movement best known for staging armed protests on federally managed land.

The first blow for the federal government came in the fall, when Ammon and Ryan Bundy, sons of notorious anti-federalist rancher Cliven Bundy, were acquitted along with several others of charges that they conspired to intimidate employees out of doing their jobs at an Oregon national wildlife refuge.

Then, last week, in the first test of how a Nevada jury would view the armed standoff in Bunkerville three years ago, jurors deadlocked on conspiracy charges against six men accused of helping the Bundys use force to get their cows back from authorities.

In order to prove conspiracy, the government must convince jurors that two or more people shared the same criminal objective.

Defense attorneys in the first Bunkerville standoff trial argued that their clients were protesters who exercised their constitutional rights to freely assemble and to bear arms. Eric Parker, one of the defendants who testified at trial, told jurors: “I didn’t care about the cows.”

“You had an overlap of constitutional rights — First and Second Amendment rights — with the government’s allegations of assault,” said Las Vegas criminal defense attorney Kathleen Bliss, a former federal prosecutor who is not involved in any of the Bundy cases. “From the constitutional standpoint, to stepping over the line into a criminal purpose and agreement … it just sounds like those lines were too blurred for the jury to make a decision that the evidence proved that beyond a reasonable doubt.”

Parker testified that he drove to Bunkerville from Idaho after seeing online videos of federal agents using stun guns and police dogs against protesters. Parker’s friend, Scott Drexler, said he went to Bunkerville with a “help your neighbor” mindset. Both men were photographed pointing guns at federal agents through a crack in the Jersey barrier on a highway overpass. The jury could not reach a unanimous verdict on any of the 10 counts against either man.

“The problem here is that, unlike drugs, or fraud, or really almost any federal crime you can conceive of, these are not people acting in their self-interest,” Oregon defense attorney Matthew Schindler said.

Schindler represented Ken Medenbach, a man acquitted with the Bundy brothers in the fall.

“There’s an element that’s inherent in protest that makes the nature of proving an agreement more difficult,” he said.

During the 41-day takeover of Oregon’s Malheur National Wildlife Refuge in 2016, “people had all kinds of different motivations for being there,” Schindler said.

He said that in his 20 years as a criminal defense attorney, Medenbach’s trial was the first conspiracy case he successfully defended. He attributed that to the fact that it was difficult for the government to prove a unified objective among protesters.

Last week’s verdict, in federal court in Las Vegas, revealed that at least some of the jurors in Nevada thought the same could have been true of the April 2014 standoff near Bundy’s ranch.

According to evidence highlighted at trial, some defendants were restless members of militia groups who jumped at the chance to take arms against the federal government. Others said they acted under the belief that unarmed protesters needed protection against a heavily armed police force. And Cliven Bundy himself — who is accused of recruiting militia groups when the Bureau of Land Management started rounding up his cattle — said at a morning rally before the standoff that he wanted to see his cows released, and the federal park police disarmed.

Federal prosecutors maintain that the object of the conspiracy was to extort federal agents into abandoning roughly 400 cows they seized from Bundy, who for 20 years let his cattle roam freely on public land without paying for grazing permits. The standoff ended when authorities released the cattle and left Bunkerville.

The rift was apparent in last fall’s presidential election, when a wave of support in rural America propelled Donald Trump to victory over Hillary Clinton, who carried the vote in cities. The lenses through which people from different areas view issues of national importance also could divide juries. In the West, federal juries tend to comprise people from both rural and urban parts of the state or district.

Bliss, who previously served as a federal prosecutor in Oklahoma and Nevada, said traditionally Western values can seep into deliberations in these sorts of politically charged trials.

“This was about individual rights. That’s the core. That’s the soul of the West — this whole idea of rugged individualism,” she said. “And people are ready to protect that. That’s why people moved to the West — for the spirit, and the freedom, and the open land and sky and opportunity.”

Bliss said rural Western cultures also tend to place a higher value on gun rights as a cornerstone of a free and democratic society. That line of thought often drives the sorts of loosely organized groups that responded to Bundy’s call for arms.

“A lot of these paramilitary, militia, sovereign citizen-type groups — I think for them, they seem to be more bound to guns as the linchpin of the Constitution,” she said.

Those sentiments align much better with the national political landscape than was the case in 2014 when the standoff occurred — one year after then-President Barack Obama launched an ultimately unsuccessful campaign to enact stricter federal gun laws.

Trump, in a keynote speech on Friday at the National Rifle Association’s annual convention, told the nation’s largest gun lobbying arm: “No longer will the federal government be trying to undermine your rights and freedoms as Americans.”

During jury selection, defense attorneys asked potential jurors extensive questions about their views on guns and protests, anticipating that people’s opinions on those issues could swing the case one way or another.

After five days of deliberations, jurors described themselves as “hopelessly deadlocked.” Two men were convicted of some of the counts, but not the conspiracy charges.

Federal prosecutors still have not said which, if any, men they plan to retry. The U.S. attorney’s office declined to comment for this story.