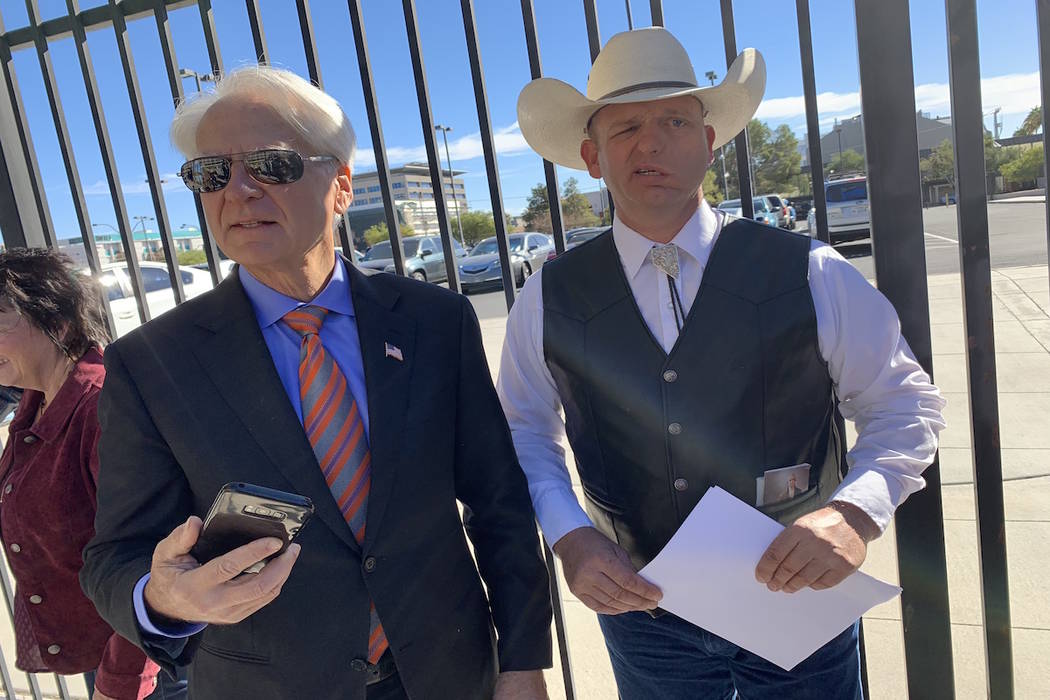 Ryan Bundy, right, and his attorney after a press conference outside of U.S. District Court in Las Vegas on Wednesday, Oct. 31, 2018. (Mat Luschek/Las Vegas Review-Journal) 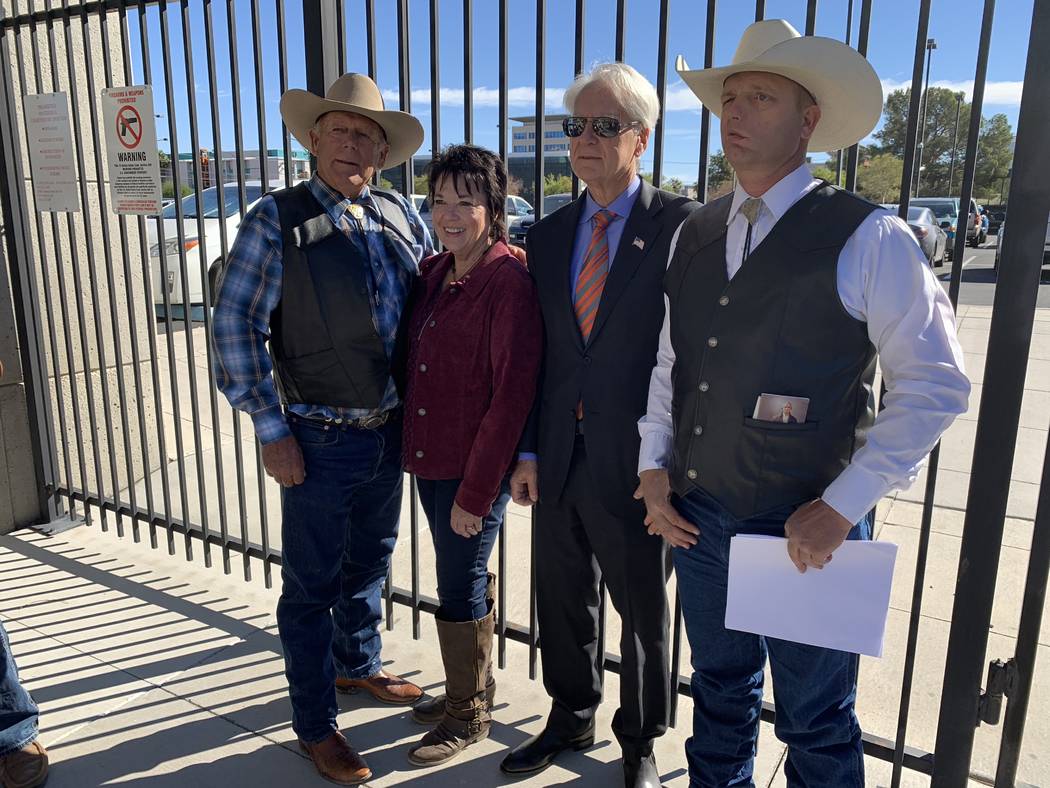 Ryan Bundy, right, stands with his parents and his attorney after a press conference outside of U.S. District Court in Las Vegas on Wednesday, Oct. 31, 2018. (Mat Luschek/Las Vegas Review-Journal)

Outside the Lloyd George U.S. Courthouse where a judge cleared him of felony charges in January, Bundy told reporters and a small group of supporters that his constitutional rights had been violated when federal agents moved in on the family ranch in April 2014. Alongside him were his father, Nevada rancher Cliven Bundy, who was also cleared in the case, and Washington D.C. lawyer Larry Klayman.

The Bundys spent nearly two years behind bars, under conditions they described as difficult, but they said they learned from the experience. The 2014 standoff occurred after federal agents tried to execute a court order to round up Cliven Bundy’s cattle.

Ryan Bundy, who celebrated his 46th birthday Wednesday, the anniversary of Nevada’s 1864 admission to the Union, wore a bolo tie with a metal clip in the shape of the state and carried a copy of the U.S. Constitution tucked in the left pocket of his black leather vest.

The lawsuit, he said, “will probably affect the election. People see that I am going to do something. I am going to be active. I’m not just going to stand by, as some of my competitors in the campaign have done, where they have been in the position to stand up for Nevada’s rights and have failed to do so.”

While the suit did not specify a dollar amount, Klayman told reporters that a judgment in the millions of dollars would amount to “a lesson for people like them in the federal government not to violate the constitutional rights of Americans.”