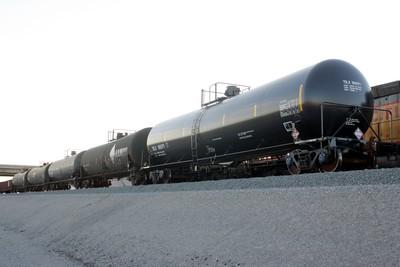 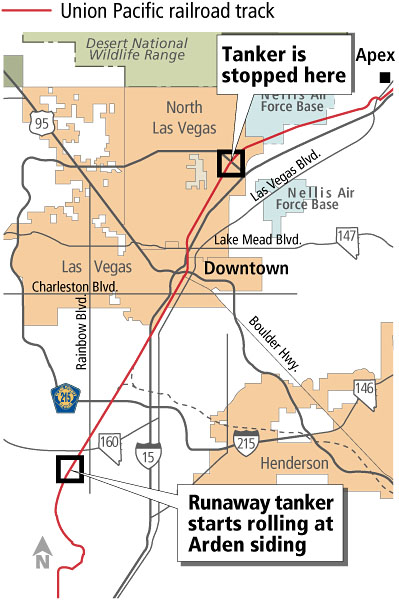 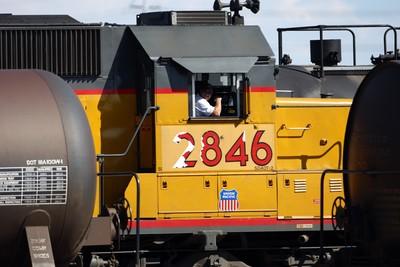 It could have gone either way.

For a brief slice of time Wednesday morning, the difference between disaster and a normal day in Las Vegas was hitched to a runaway train tanker loaded with hazardous chlorine gas.

The tanker, which escaped the Arden train yard, located south of state Route 160, picked up speed on the downhill and cut a 20-mile swath through the urban heart of Clark County, racing west of the resort corridor and past densely populated neighborhoods around the Union Pacific tracks.

It finally came to rest in North Las Vegas after Union Pacific maintenance workers boarded the tanker, activated the hand brake and ended the threat of an accidental release of poisonous gas.

"Las Vegas dodged a bullet there," said Steve Calanog, the Environmental Protection Agency’s chief of emergency response for the Southwest region. "Had the train car released its contents in a residential area, the results could have been tragic."

Calanog said that mild exposure to chlorine gas can cause burning eyes and running noses. Serious exposure can cause lung damage and death.

The Federal Railroad Administration and the Public Utilities Commission of Nevada began an investigation of the incident Wednesday afternoon.

Warren Flatau, a spokesman for the federal agency, said that investigators will question workers and inspect the tanker for mechanical failure. Investigators will look into whether safety protocols were being followed as the tanker was being switched from one train to another.

"This could have been much worse," said Flatau, who works out of Washington, D.C. "Luckily, the worst didn’t happen."

Union Pacific dispatchers in Nebraska were able to track the tanker’s movement by computer. That information and data gathered by sensors on the railroad will be handed over to investigators.

Union Pacific spokesman Mark Davis, who flew from Omaha, Neb., to Las Vegas after the incident occurred, said such events rarely happen. The incident is being treated as an accident. Davis said that the preliminary information shows no indication of foul play. The tanker’s speed reached 50 mph, he said.

Davis and other officials said it was too early to answer several questions:

• Exactly how the tanker broke free.

• How much chlorine gas the tanker was carrying.

• Where it was located when police were first notified.

• And whether other options existed besides allowing the railcar to run its course through the valley.

The Metropolitan Police Department got its first report on the out-of-control tanker at 8:49 a.m., spokesman Jose Montoya said. Five police units and a helicopter followed the path of the chlorine tanker and monitored railroad crossings. By 9:05 a.m., Montoya said, the episode was over.

The Clark County Fire Department’s HAZMAT unit was not dispatched because no crash or spill occurred. There was little time to react, said Fire Department spokesman Scott Allison.

"We were aware of it," Allison said. "But the way it was rolling through … it was going through everyone’s jurisdiction pretty fast."

Because moving such chemicals is routine, Las Vegas Fire Department Spokesman Tim Szymanski said, railways are not required to alert local authorities when such types of hazardous materials are passing through.

"Those kinds of things go through here from California up to Utah every day," Szymanski said.

On rare occasions, local authorities are alerted when unusually hazardous materials are being moved through, he said, recalling a couple of instances when material was being transported between Los Alamos National Laboratory and the Nevada Test Site.

"You don’t let a lot of that information out because you don’t want terrorists listening in on it," Szymanski said.

Clark County Director of Emergency Management and Homeland Security Jim O’Brien said his first concern was for motorists at the railway crossings. He was unsure whether the runaway tank car would trip the warning lights.

O’Brien was relieved when police told him at 9:07 a.m. that officers had been stationed at the tracks. At that time, he was told that Union Pacific planned to let the tanker reach the incline at the valley’s north end to slow it down. Workers then would board the car and apply the mechanical brake. Davis said that is what happened.

Had a leak occurred, O’Brien said he would have put out a notice on the Emergency Alert System. For the public, sheltering in place is the first option in an airborne release of chemicals, O’Brien said.

"With housing built as recently as ours, it’s better to turn off the ventilation and put duct tape around the doors and windows," O’Brien said.

In 2006, the University of Nevada, Las Vegas Institute for Security Studies conducted a vulnerability assessment of threats to Nevada. It found that the most deadly of all natural or man-made disasters for the state was a chlorine gas accident.

Such a disaster would cause between 74,000 and 91,000 fatalities under the worst-case scenario, the report found. That would be triggered by a spill of 34,500 gallons of chlorine, the amount contained in an average railway tanker. The scenario for the worst case was a release of chlorine near the Union Pacific overpass on Charleston Boulevard.

Clark County’s last experience with a massive leak of chlorine gas happened in 1991. A cloud of poison gas was released over Henderson after an accident at the Pioneer Chlor Alkali plant. About 70 tons of chlorine escaped, the Federal Emergency Management Agency said.

About 200 people were taken to hospitals to be treated for respiratory distress caused by inhalation. Thousands of people had to be evacuated as the gas cloud drifted before dissipating.

The EPA frequently deals with chlorine releases, Calanog said. Some are far worse than others. In 2005, two freight trains collided in Graniteville, S.C., releasing chlorine gas. The derailment killed several people and injured about 250 others. About 5,400 people had to be evacuated.

Davis said that once investigators determine the cause of Wednesday’s accident, Union Pacific will revisit its rail yard regulations.

"The information will be shared industrywide," Davis said.