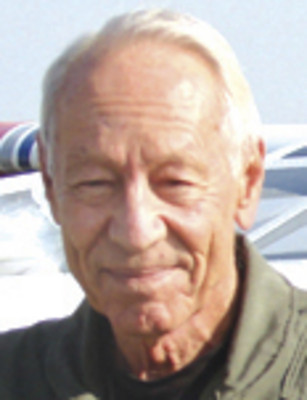 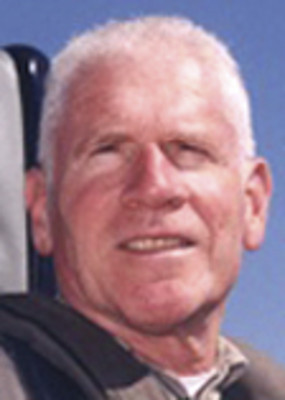 Two months ago, Civil Air Patrol Col. Dion DeCamp was participating in the search for famed adventurer Steve Fossett, who disappeared during a solo flight on Labor Day weekend.

DeCamp, a Reno resident and member of the Civil Air Patrol’s Nevada Wing, gave interviews to the media, describing the search efforts for Fossett, whose craft was never found and who is presumed dead.

DeCamp was identified Friday as one of two pilots in a Cessna 172 that slammed into Mount Potosi, about 35 miles southwest of Las Vegas. He, along with Col. Edwin Lewis Jr., director of operations for the Civil Air Patrol’s Pacific region, died at the scene Thursday night.

The two were on their way to Rosamond, Calif., Lewis’ hometown.

A Metropolitan Police Department air patrol unit was on a routine flight when pilots saw what they thought was a fireball on the mountainside, said Las Vegas police spokesman Bill Cassell. The patrol unit flew to the site and observed the wreckage.

The cause of the crash is still under investigation.

Lewis was at Nellis Air Force Base on Thursday to drop off a Civil Air Patrol airplane. Nellis plays host to the Aviation Nation air show this weekend.

DeCamp had picked up Lewis and the two were headed to Rosamond, about 80 miles north of Los Angeles, when the aircraft went down, said Steve Cox, a spokesman for the Civil Air Patrol.

Drew Steketee with the Civil Air Patrol Historical Foundation said Lewis was his hero. “That guy was like Superman.”

Lewis was a role model to all pilots, he said. “Here’s a guy who flies F-18s, airliners, and the NASA DC-8 and he’s still loyal to the CAP mission. He just fits the mental image of a pilot. He was fit, in shape, mentally sharp and self-confident.”

Steketee just completed a book chronicling the Civil Air Patrol and said Lewis was the first pilot he profiled. Steketee said he was moved by his longtime friend’s leadership ability.

“Those people walked on water, literally,” he said.

“There were no finer members than Colonel DeCamp and Colonel Lewis,” Courter said.

DeCamp, 73, had been the commander of the Nevada Wing since 2003. He joined the Civil Air Patrol, a civilian auxiliary of the United States Air Force, in 1994. Retired from the California Air National Guard, the former U.S. Air Force command pilot served in Vietnam and flew C-130 missions worldwide, Cox said.

DeCamp had logged more than 27,000 flight hours and had retired as a captain for American Airlines in 1994.

Lewis retired from Pan Am as a commercial airline pilot in 1989 to become a research pilot for NASA. In 1997 Lewis became an instructor at the Dryden Flight Research Center at Edwards Air Force Base in California.

In addition to search and rescue duties, Civil Air Patrol volunteers perform homeland security and disaster relief missions. The organization also is dedicated to aerospace education and mentors some 22,000 young people participating in its cadet program.

The crash wasn’t the only air emergency Thursday night. Another plane fell off the radar but its occupants landed the aircraft safely before rescue teams were dispatched, Cassell said.

Around 8 p.m. police received a call from a man who encountered the Beechcraft Bonanza’s two passengers. They told him that they had to make an emergency landing and they needed a ride. The Nevada Highway Patrol assisted the two, who were not injured, Herpolsheimer said.

The Cessna 172 with DeCamp and Lewis was estimated to have crashed 2,000 feet from the top of Mount Potosi, which peaks at 8,514 feet, Herpolsheimer said.

Mount Potosi and surrounding mountainous areas have been the site of several fatal plane crashes:

• In 1942, a plane crashed on Mount Potosi killing actress Carole Lombard and 21 other people died.

• On a snowy November night in 1964, Bonanza Airlines Flight 114 crashed on a small mountain south of Las Vegas and several miles east of where Lombard’s plane went down, killing 29.

• In January 1992, seven people died after a Cessna 425 Conquest crashed behind a ridge east of the mountain. The twin-engine aircraft en route to California from Las Vegas went down shortly after takeoff.

• In February 1997, a Bell Jetranger helicopter crashed on Mount Potosi; the occupants survived.