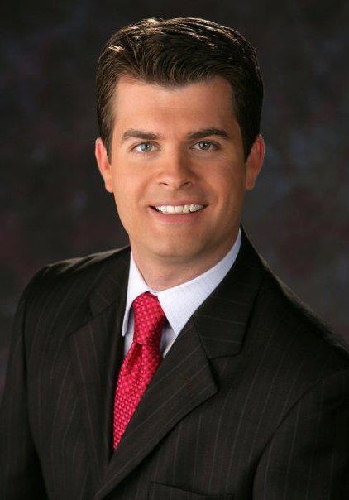 Former KSNV-TV, Channel 3, news anchor Dan Ball, while acknowledging "some past indiscretions," said the station’s decision to let him go Monday came as a surprise.

"I thought there was full confidence there," he said by telephone.

Ball, 37, said he was informed by general manager Lisa Howfield that he was not being renewed for the final year of his three-year contract.

When he asked, "Can I ask why?" he said Howfield responded with "no."

She pointed out it was not a firing, he said. "I didn’t delve any deeper.

"It was a cordial meeting. I knew the meeting was coming," he said, because he was a week away from the 90-day notification deadline, per his contract.

"I have no hard feelings. I’m thankful for the opportunity," he added.

Ball pointed out he packed his own boxes and went around the newsroom to say his goodbyes before being escorted out, a common policy with many companies.

He acknowledged he was suspended twice.

"Sometimes in a newsroom, when things get heated, not everybody has thicker skin than others," he said. "I’ll leave it at that.

"I’m not going to cry over spilled milk. They had told me I was a good anchor and a great reporter."

He would like to stay in the market because his 4-year-old daughter and ex-wife live here. But his one-year noncompete clause means he probably will have to look elsewhere, he said.

"I’ll roll with the punches and move on."

Caesars Palace headliner Celine Dion, who had to cancel her February and March dates because of an inflamed vocal chord, got some welcome medical news. She should be fully recovered by mid-April, well ahead of her June return, she announced earlier this week. …

Bishop Gorman grad Jacquie Barnbrook produced the visual effects for the much-ballyhooed "The Hunger Games," which premiered March 12 in Los Angeles and opens nationwide Friday. Her mother, Las Vegas travel agent Janet Barnbrook, joined her on the red carpet. "The Hunger Games," based on a series of best-selling books, is expected to gross more than $100 million at the U.S. box office this weekend and may break records

"Pope Benedict will visit Mexico this weekend. Historians say he will be the first pope ever to attend spring break." — Jay Leno