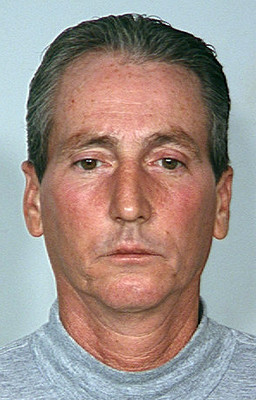 A man who authorities say for years impersonated a first sergeant with the Army military police was arrested Friday morning.

Police obtained a warrant to arrest Raibaldi Wednesday. He had been under the surveillance of detectives after they received information he was claiming to be a secret operative in the special forces and harassing members of the Nevada National Guard, Flaherty said.

“He was running around pointing loaded guns at people saying he’s someone he’s not. I’d consider that to be dangerous,” Flaherty said.

Raibaldi would often pose as an active MP, wearing an Army uniform and a military police armband and carrying weapons, Flaherty said. Raibaldi told people he traveled back and forth to Iraq on secret missions, he said.

When detectives approached Raibaldi a few months ago, he claimed to be an active member of the Army and demanded to be addressed by his rank, which he told detectives was a first sergeant. Raibaldi then “went bananas” after the detective corrected him, saying if Raibaldi was to be referred to by rank he should be called a specialist, his rank at discharge decades ago, Flaherty said.

Police said Raibaldi in August showed up at the annual gun show at Cashman Field and harassed members of the Nevada National Guard. Raibaldi told a recruiter he was going to “go Rambo on him,” Flaherty said. That same month, while wearing a military uniform, Raibaldi got in a traffic accident and was released after telling officers he was military police about to deployed, Flaherty added.

Four days later the State of Nevada Military Department of Domestic Operations sent out an alert telling staffers to avoid contact with Raibaldi, warning that he was believed to be armed and dangerous.

Retired Army Lt. Col. Bill Anton said actions like Raibaldi’s are a dishonor to all veterans, especially those who are disabled.

“My whole body is banged up,” said Anton, who served in Vietnam and now is Nevada’s adjutant for the Disabled American Veterans.

“Every day I’m reminded of my service and people like him play off our hard work to gain sympathy with the regular civilian population when we had to earn it.”

Police arrested Raibaldi at a convenience store on the corner of Sahara Avenue and Hualapai Way less than a mile from his home. He denied the allegations against him upon his arrest, Flaherty said.