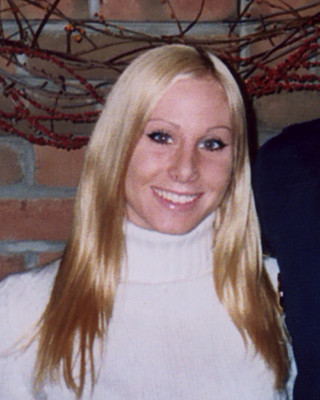 On Mother’s Day weekend three years ago, Martha Harris heard from her daughter for the last time — in a card.

On the same weekend this year, she heard from Illinois State Police. They had identified remains of her daughter, Lindsay Marie Harris.

Weeks after the 21-year-old went missing from Henderson in 2005, a woman’s legs were found in a grassy field off of a highway near Springfield, Ill.

Three years passed before authorities found a match for DNA evidence from the legs.

If the match put an end to the family’s hopes, however dim, that the young woman would be found alive, it nevertheless was seen as a step forward.

“It does bring them relief,” said Janice Grieshaber, a family friend and spokeswoman.

“They have some ability to have a service and to feel like they’re bringing Lindsay home.”

Illinois State Police will be working with the Henderson Police Department to try to find a suspect in the case, although Illinois Lt. Scott Compton stopped short of calling the case a homicide.

Compton said that despite the three-year wait, “we feel very fortunate that any match was made at all.”

Lindsay Harris disappeared on May 4, 2005. Her rental car was abandoned in the desert on the southern end of the valley, and her credit cards were unused.

After her disappearance, Martha Harris and her husband, Robert, who live in the small town of Skaneateles, N.Y., found out about their daughter’s other life as an escort working on the Strip.

Lindsay Harris had been arrested five times by Las Vegas police for prostitution since she moved to the valley in 2003 with a boyfriend she met in New York.

In November 2005, “America’s Most Wanted” did a segment on the case, and local police and volunteers continued to search for her.

They, with Illinois authorities, did not realize that a potential clue already had been discovered, 19 days after she went missing.

Children had stumbled across the pair of legs a few hundred yards off Interstate 55, about 15 miles south of Springfield.

A forensic anthropologist was able to extract a few details about whom the legs belonged to, such as an approximate age, height, hair color and gender. A tattoo could be made out, Compton said.

Illinois State Police then had to do a DNA match for each leg to make sure they belonged to the same person. Once confirmed, the information was sent to the FBI, Compton said.

The FBI was able to match the DNA sent by Illinois authorities to DNA that Henderson police had sent the federal agency, collected from one of Lindsay Harris’ toothbrushes.

On Friday, police in Illinois were notified of the match. On Saturday, the Harris family was told.

The family had just gotten home from a funeral for their daughter’s uncle when they received the news, Grieshaber said.

Despite their grief over the funeral, “they saw it (the news) as her uncle giving them a gift,” Grieshaber said.

On May 24, the family will have a service for Lindsay Harris in Skaneateles.