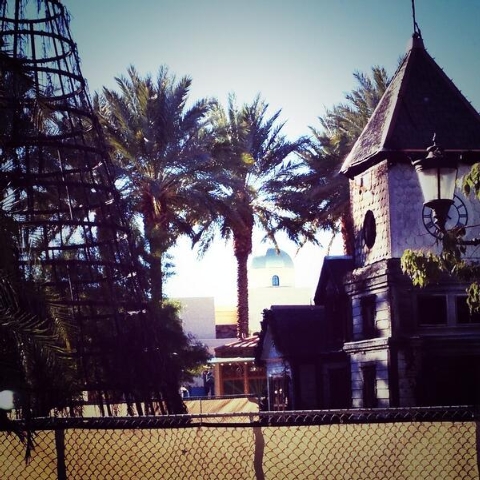 Good thing Santa’s work is done, because his house and the 45-foot Christmas tree at Town Square Las Vegas went up in flames.

Firefighters arrived about 2 a.m. on Christmas to find the blaze reaching 100 feet into the air, Clark County Fire Chief Jon Klassen said. It was tall enough for someone at Tahiti Village Resort and Spa, about a mile south of the outdoor mall on Las Vegas Boulevard South, to spot it and call 911.

Faulty wiring may be to blame, Klassen said, but fire investigators will make the official call.

“Firefighters were able to quickly extinguish the flames,” Mapes said, “and thankfully no one was hurt.”

Santa’s Norman Rockwell-inspired house at Town Square Park, which also included fake snow and holiday music, was a spot for photo ops. The last scheduled visits of the season with Saint Nick were Christmas Eve.