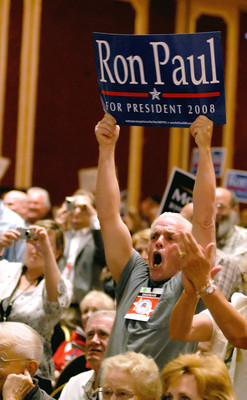 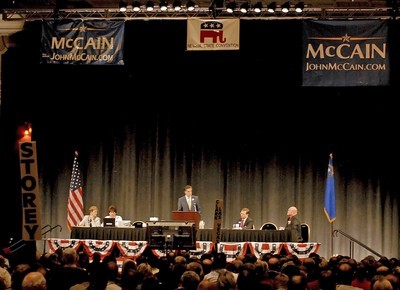 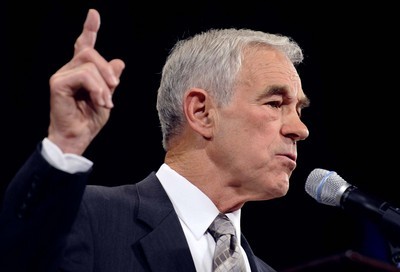 RENO — The state Republican convention was called off Saturday evening without electing national delegates, prompting protests from a record crowd that included many supporters of presidential candidate Ron Paul.

State Sen. Bob Beers, R-Las Vegas, the convention chairman, announced that the convention would recess indefinitely about 6 p.m., saying the party’s contract with the Peppermill Hotel Casino had expired and the gathering would reconvene at a later date.

“We simply had hours and hours of work left to do,” he said in an interview afterward.

It was the sudden and frustrating culmination of a long day that had pitted the party establishment that supports presumptive nominee Sen. John McCain, R-Ariz., against the insurgent Paul supporters.

Up to that point, the convention had appeared to be proceeding slowly but smoothly after a rules change powered by Paul supporters required a lengthier process than was originally planned for voting on delegates to the Republican National Convention in St. Paul, Minn., in September.

“They hijacked the party away from the people,” Paul supporter Chloie Leavitt, a 44-year-old Overton resident, said as she left. “We were winning and they shut it down.”

Paul supporters appeared to be a large share of the 1,347 state convention delegates. After Beers left the building, some attendees initially refused to leave and tried to restart the convention, but they failed to reach a quorum.

“Unfortunately, with the rule changes implemented this morning, we did not have time to complete the process,” Nevada Republican Party Chairwoman Sue Lowden said in a statement. “Our contract for the meeting space had expired, as had our budget, and ballots were unable to be physically produced by the nominations committee. We had to temporarily recess the convention.”

She said the party would ask to use the Thomas & Mack Center in Las Vegas, which was provided free to the Clark County Democratic Party by UNLV for use in their do-over convention earlier this month after they botched their convention on Feb. 23.

Paul’s supporters succeeded in overturning party rules that would have allowed only pre-approved delegate slates to be elected to the national convention.

They argued anyone present ought to be able to run for national delegate. Their move to change the rules succeeded by a wide margin.

Once that change was made, Paul campaigners were prepared for an intensive conventioneering effort, passing out their own suggested delegate slates for their people to vote on in hastily assembled delegate elections.

The McCain campaign hadn’t prepared for this contingency, having assumed the pre-approved delegate slates would be pushed through, a source with the campaign said.

The improvised delegate election process was begun, with votes cast for the nine of 31 delegates who are elected by congressional district.

But after hours of counting, and with voting not started for the other 22 at-large delegates, Beers announced the recess. Officials said the ballot boxes from the delegate elections had been secured.

Lowden said in an interview that the party didn’t anticipate the rules change. She said the slates of national delegates had been prepared through a fair and open process of the nominations committee and the party thought the convention would accept them.

She denied any anti-Paul bias, saying the re-convention would allow everyone to be heard fairly under the new rules.

“I’m the only chairman in the entire country that allowed him (Paul) to speak at the convention,” she said. “He campaigned here in Nevada very hard and he touched a lot of people here in Nevada. I want people to be included in the Republican Party, not just one kind of Republican but all kinds of Republicans.”

Jeff Greenspan, regional coordinator for the Paul campaign, said Paul supporters had the ability to finish the voting before the convention was suddenly recessed without consulting them.

“This is highly irregular,” he said. “We could have finished business tonight. I’ve never seen anything like it.”

Many Paul supporters believed the party establishment was exerting its power to shut them out.

“The idea that the party leaders would have a completely different agenda that goes against the people just blows me away,” said 33-year-old Marco Ritzo of Las Vegas.

McCain supporters and other party regulars, however, had similar words for the Paul people. “The Ron Paul contingent constantly nitpicks and delays things on purpose so that all the old people leave and they can take over,” said Eric Tolkien of Reno.

Paul had spoken to the convention to raucous cheers Saturday afternoon.

A former Libertarian Party nominee whose anti-war, pro-liberty message has sparked a youth movement, Paul has little hope of winning the nomination but continues to campaign, saying he wants to restore the party’s ideals.

“The campaign continues,” he told the crowd. “There was a time when there were 11 of us. Now there are two, so things are doing OK. … We are going to continue to spread this message around this country.”

The state convention, a biennial event that brings the party together before each national election, was intended to rally the party faithful around McCain.

Mitt Romney, the former Massachusetts governor and one-time presidential candidate who won the Nevada caucuses before dropping out of the race, spoke on McCain’s behalf.

Romney’s name has been floated as a possible vice presidential choice. But in an interview Saturday morning, he said he was there to campaign for McCain, not to keep his own name in the mix. “I don’t think it’s very likely … that I would be asked to fill that responsibility,” he said of the vice presidential nomination.

Although McCain and Romney were bitter rivals before Romney left the race, Romney said the two now have a friendly relationship.

Asked about Paul’s potential to continue distracting from McCain, Romney said, “I don’t know that it has a significant impact on the success of Senator McCain’s campaign. Senator McCain has the delegates he needs wrapped up.”

Some of the Paul supporters at the convention accepted that, saying they just wanted to send a message by having a presence at the national convention. But others said they believed Paul could still win the nomination by gathering delegates in conventions like Nevada’s across the country.

The loudest applause for Paul came when he discussed his opposition to the Federal Reserve System.

“We as a country, as a people, have failed the test,” Paul said. “We have drifted a long way. … We have to put our eye on the target, and the target is the limitation of government power.”

Paul said he was “a very reluctant candidate” who had been buoyed by the great hunger of millions of Americans who wanted “to hear a message, a precise message of liberty.”

Also speaking at the convention were Gov. Jim Gibbons and Rep. Dean Heller, R-Nev., who sought to rally the crowd with Republican talking points and emphasized the importance of November’s vote.

The party passed a 20-plank platform that stresses “a literal interpretation of the U.S. Constitution” and calls for the repeal of the Federal Reserve Act and the Patriot Act as well as withdrawal from the United Nations and North American Free Trade Agreement.