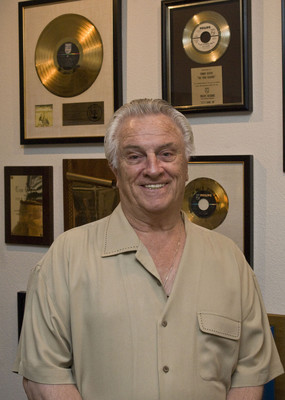 It was 1971, and Tommy DeVito was cleaning houses for a living. One low day, he was scrubbing the country club house of a big shot’s wife, when it leaked out in conversation Tommy had been the guitar player in the Four Seasons.

“She stood there looking at me. She was crying like she was my sister or my mother. She couldn’t believe I was cleaning her house.”

“I don’t want you doing that anymore,” she told him.

Tommy was used to poverty. He had grown up on welfare in New Jersey, and he says he was beaten a lot by his dad, in a rough neighborhood of tough guys and mobsters.

He got out by starting the Four Lovers, which turned into the Four Seasons, and they toured the world for more than a decade, playing little places as unknowns at first, then arenas. They played:

Now, here he was cleaning for a rich wife.

“You’re brought down to your knees,” Tommy says. “It’s like going to hell six or seven times. … That feeling is rough. You say, ‘What the hell did I do with myself? Here I am a celebrity, and I wind up being a guy that’s cleaning houses, dealing (cards), doing anything to make $5.’ It’s a horrible feeling.

“But let me tell you something. You can always learn, no matter how old you are. And I learned pretty fast.”

Let Tommy rewind back to the start, and tell you the gist of his story, as he sits now in a luxurious house in Henderson, surrounded by gold records and guitars, a wife of four decades and a secretary that’s like family.

“When I was a kid, I was locked up. I was in six or seven jails. I went to prison one time. But my teenage years were a son of a bitch. I was a hell raiser. … I was a menace to everybody.”

“You know, Frankie Valli used to get paid when he was 18, 19, 20 years old — he forgot he had pay coming. He wanted to sing so bad that he never even thought about it. We had to remind him he got paid. That’s when you know you want to do something.”

It was a wild life of fame and fortune. But by 1970, after more than 13 years of living on the road, he was burned out and quit. He wasn’t thrown out of the band, he says.

“I had had it up to here with the traveling and changing clothes three times a day, and taking two planes and then driving 100 miles to do a date.

“Getting on stage and doing the same stuff — I just had it.”

Some of his brothers and sisters had moved here. He knew Frank Sinatra and other entertainers. And he liked the heat in Las Vegas. So he came here. He left most everything with his ex-wife and kids — “apartment houses, stocks, bonds, everything” — and brought $100,000 with him to Vegas. He spent it all in one year.

“Gambling. Women. Every night was another party. Just, whatever I wanted to do, that’s what I did,” he says.

“I went down broke, hungry and cold.”

Soon after, he went to prison in Arizona for half a year for doing a guy a favor, helping him with counterfeit money.

When he got out, he went right back to work and making a new life with a new wife, a showgirl-dancer who quit when her shows went topless. He dealt cards for years, until the mid-1970s, when a friend from back East finally convinced him to do some record producing. That pulled him out of the muck.

He was always helping his friends who had helped him. In the late 1970s, his friend since they were 11, Joe Pesci (then unknown), came to live with him a few years.

“He was working with my son, digging ditches, laying pipe up around the Sahara golf course at the time — it’s the International now. Coming in, they looked like two drowned rats … dirt all over them, clothes ripped, their hands all blistered up from shovels and picks.

Pesci moved back East in 1980 and started managing a restaurant. That’s where he was working when Robert De Niro saw an old little movie of Pesci’s and signed him up for “Raging Bull.”

Pesci then wound up getting Tommy bit parts in movies, in “Casino,” “Gone Fishin'” and The Good Shepherd,” while also putting Tommy on his payroll a few days a week to “watch my back.” After more than a dozen years, about three months ago, Tommy finally convinced Pesci to take him off the payroll.

“We’re like brothers,” Tommy says. “He remembers everything I did for him. And whatever he did for me, I’ll never forget, too. … His heart’s bigger than his body.”

Meanwhile, Tommy and his wife raised their Vegas family and worked behind the scenes in music, producing, managing and booking. That son who dug ditches now co-owns a major valet business in town.

But the biggest payday of Tommy’s life, and his legacy, came in 2005, when the musical biography of the Four Seasons, “Jersey Boys,” opened on Broadway. It was a smash hit. Other “Jersey Boys” productions opened in Chicago, Toronto and Vegas at the Palazzo, with more opening around the world this year. The tale of “Jersey Boys” is mostly accurate, though Tommy’s mob ties and debts are blown out of proportion, he says.

“Some of it is bullshit — where I pee in the sink, and the dirty underwear. I was probably the cleanest guy there,” he says. “I don’t even know how they come up with this kinda stuff.

“My wife and daughter went to New York and saw the play the first time, and they were cryin’.”

One of them told Tommy, “Well, I don’t like the way they’re portraying you.”

“What are you cryin’ about?” he told them. “I make a lot of money with this show! You’re cryin’ because I’m makin’ a lot of money?”

Tommy thinks “Jersey Boys” might not even have had a good plot if he hadn’t been such a rough guy.

“I say, if it ain’t broke, don’t fix it. I don’t care. Let the checks keep comin’. … I never made that kind of money with the Seasons on the road.

“I can’t even find words to put together to say how great it is to walk into the Palazzo. The first time I walked in, I said, ‘Do you know where ‘Jersey Boys’ is? He said, ‘You mean the “Jersey Boys” theater?

“It blew my mind, the way it happened now in the middle of everything. I can’t say anything but it’s beautiful. It’s a great feeling. Not the money, per se — but who the hell knew?”

Doug Elfman’s column appears on Mondays, Tuesdays and Fridays. Contact him at 383-0391 or e-mail him at delfman@reviewjournal.com. He also blogs at reviewjournal.com/elfman. 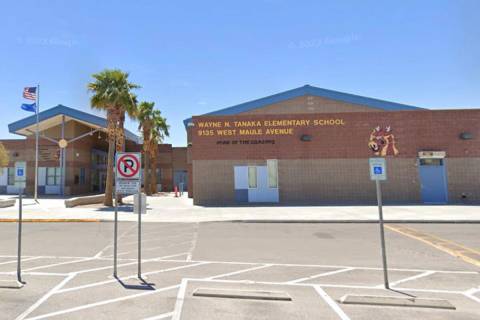