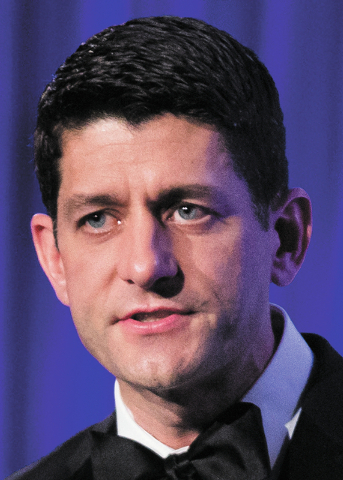 Hillary Clinton will be the Democratic presidential choice for 2016.

On the Republican side, people are enamored with Jeb Bush — if only he didn’t have that last name.

Chris Christie is a potential GOP winner, except he’s weighed down by “Bridgegate.”

Rep. Paul Ryan of Wisconsin, the 2012 running mate of Mitt Romney, is a serious budget guru who lacks charisma. From the same state, Gov. Scott Walker, who fought off recall attempts and the union, is getting a strong look as a potential contender.

Nominating tea party favorites such as U.S. Sen. Ted Cruz of Texas would just hand the White House to the Democrats.

Republican U.S. Sen. Rand Paul of Kentucky is a big risk, although he’ll win many of his father Ron Paul’s followers.

And don’t dismiss outgoing Texas Gov. Rick Perry, who stumbled his way through the GOP primary in 2012 but may have learned a few tricks and could do better if he tries again.

So goes the early 2016 presidential handicapping by political insiders and business investors who met last week in Las Vegas at an exclusive hedge fund conference — and who are looking for a candidate to invest in for 2016.

The annual SkyBridge Alternatives Conference brings together hedge fund managers, political and business leaders for meetings where the food is fancy and never runs out. It’s an invitation-only event, with most forums off the record so participants — about 1,800 this year at the Bellagio — can speak freely.

Former British Prime Minister Tony Blair dined with Gen. David Petraeus, the former director of the Central Intelligence Agency, and investors were invited to listen in. Basketball great Magic Johnson and acclaimed actor Kevin Spacey were in the house, too.

All were on message. Earlier in the week, Rove said Hillary Clinton will have to provide more information to voters about the concussion and blood clot that hospitalized her in 2012. The first newspaper report had Rove saying she showed signs of being “brain damaged,” but he later denied he said any such thing. Instead, he noted she’s 66 and will face questions about her health.

In the halls of the SALT conference there was a lot of buzz about Clinton, but even more about GOP White House hopefuls, including Ryan, who spoke to the gathering on Friday. He didn’t talk about presidential ambitions but said the U.S. “war against poverty” is failing and needs reform.

Investors don’t see him in the Oval Office.

“He’s a good guy and a good thinker, but he shot himself in the foot last time,” said Maury Cartine of Marcum LLP after Ryan’s speech. “I didn’t think he did very well in 2012.”

So who does Cartine like? Christie, the governor of his home state. Still, Cartine, like other investors at the conference, said he isn’t sure Christie can survive that bridge scandal. Some Christie aides punished a mayor for not backing the New Jersey governor’s 2013 re-election by needlessly closing lanes on the George Washington Bridge to tie up traffic. Christie said he didn’t know about the scheme and an investigation he ordered cleared him.

But Cartine noted that Christie surrounded himself with aides who would pull such dirty tricks, and the scandal happened on his watch.

“When things go wrong, the problem stays with you,” Cartine said. “Christie, he made the appointments. It reflects on his judgment. That’s not what we want in a president.”

If not Christie, who?

“Jeb Bush is a viable candidate to me,” said Cartine, naming his second choice after Christie.

The legacy question dogs a possible Bush run — much as it dogs Clinton’s prospects, too. The former secretary of state’s husband is former President Bill Clinton.

Harlan Ullman of the Killowen Group said that if the race comes down to Clinton and Bush, “I think only 50 percent of the voters will turn out. Nobody wants a Bush or a Clinton.”

Nonetheless, the two seem to have the most traction among presidential speculators.

“We haven’t had a qualified president in 23 years,” said Ullman, who considered the elder Bush qualified because of his vast government and political experience.

The elder Bush lost to Clinton in 1992, however, because he broke his “no new taxes” pledge, he said.

Ullman said Jeb Bush is a favorite, but there’s also plenty of chatter about Texas Gov. Perry as a “dark horse.”

What about U.S. Sen. Marco Rubio of Florida? He, too, wins rave reviews from investors and businessmen, who think his Hispanic heritage might help the GOP, though most think it’s not yet his time.

“He’s too young,” Ullman said, adding, “He doesn’t have a good elevator speech.”

Rubio is known as a strong and charismatic speaker, but Ullman said he hasn’t been able to summarize what he stands for and what he would bring to the White House if elected.

Several GOP governors are seen as strong contenders, but many lack the TV screen presence a national candidate needs, Ullman said. He cited as examples Walker of Wisconsin — “He’s not pretty enough.” — and John Kasich of Ohio, who has “no charisma.”

“Politics is very celebrity-driven today,” said Ullman. “You have to look good or you can’t win.”

Many in the numbers-driven crowd said they follow betting websites to see who’s up and who’s down in what is a pretty accurate take on the race to come. (Americans can look, but they cannot legally bet.)

“You want to back a winner and not waste your money,” said one hedge fund investor who spoke on condition of anonymity to avoid angering potential candidates from either party.

A look at William Hill’s United Kingdom-based betting website shows the current co-leaders in a potential GOP primary are Christie and Rubio at 9-to-2 odds. (If you can legally wager $2 you would win $9.) Jeb Bush trails slightly at 10-to-1. Perry is a 100-to-1 long shot.

Overall, Clinton is the heavy favorite to win the 2016 White House at 5-to-4 odds.

But it’s a long time until the election, and in politics odds can quickly change.