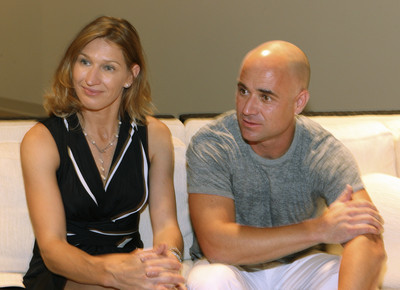 It looked like a jailbreak at the Clark County Courthouse on Tuesday after an earthquake rattled the 15th floor courtroom of O.J. Simpson Judge Jackie Glass.

As the building lurched during the 11:45 a.m. quake and the courtroom creaked, Glass ordered everyone out after her clerk pointed to a window and said, "Look at the blinds."

"They were swinging from side to side," said attorney Al Lasso, who was cross-examining a witness in a competency hearing.

"There was creaking noises coming from the gallery," Lasso said.

Lasso said the judge told the attendees, "We’re having an earthquake" and then ordered everybody out because she was concerned for their safety.

About a half-dozen people, including her district court staff, left the courtroom and rushed down the stairs in the building, which has come under fire for construction defects and elevator issues.

"It was definitely an E ticket ride," said Lasso, who spent a lot of time on New York City’s subway system while growing up in New Jersey.

Glass is scheduled to preside over Simpson’s kidnapping and robbery trial in September.

You couldn’t swing a tennis racket without hitting a celebrity at the World Market Center this week.

Tennis greats Andre Agassi and Steffi Graf unveiled their new line of furniture on Tuesday, while Donald Trump was on hand for the debut of his Mar-A-Lago furnishings collection to be produced by Lexington.

The Agassi Graf Collection was the second collaboration with San Diego-based furniture designer Michael Kreiss. They began working together on the high-end furniture about three years ago.

The collection features black granite, black leather and white ash, which Agassi pointed out was wood favored in the past for tennis rackets. Graf said black and white have long been her favorite colors, and she wore a black-and-white dress to the unveiling.

Kreiss said the popular collection is going international, with stores opening soon in Dubai and Mexico.

Also at the furniture center’s "Summer Market": fashion designer Nicole Miller, who has a furniture collection; Kathy Ireland, china pieces; and actress Kelly Preston, who appeared on behalf of Karastan at an invitation-only, meet-and-greet event on Tuesday.

Comedy icon Jerry Lewis faces concealed weapons charges after an unloaded handgun was discovered in a carry-on bag at McCarran International Airport, according to Metro. The 82-year-old Lewis, who was taking a Northwest Airlines flight to Detroit on Friday, told Metro he forgot the .22-caliber Beretta was in the bag.

He did have a permit to carry a concealed weapon. Lewis’ manager, Claudia Marghilano, told The Associated Press that the handgun was a hollowed-out prop gun that Lewis sometimes twirls during his show.

Metro spokesman Bill Cassell said if the gun were merely a prop "it wouldn’t be a weapon and we couldn’t cite him for carrying a weapon."

At CatHouse (Luxor) on Monday: Grammy-winning singer-songwriter and musician John Mellencamp and his band. Over in the ultralounge: Craig Ferguson, the host of "The Late Late Show" on CBS, with a group of friends. … Sirius Satellite Radio’s "Whatever" hosts Alexis Stewart, Martha Stewart‘s daughter, and Jennifer Koppelman Hutton, having cocktails and sushi at Sushisamba (Palazzo) on Monday. The pair are doing their daily show from 2-4 p.m. at the Shoppes at The Palazzo on the second floor between Barneys and Burberry.