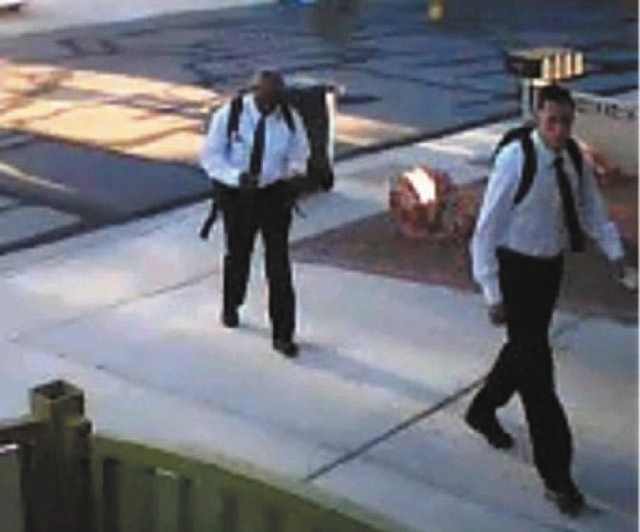 Las Vegas police are seeking two suspects who posed as missionaries in a robbery at a home on June 27. (Courtesy/Las Vegas Police) 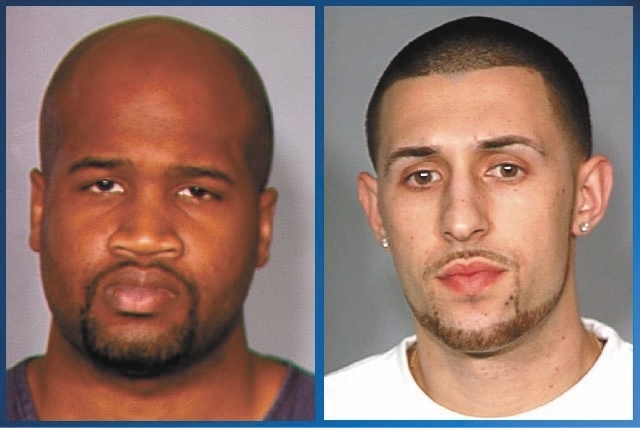 A judge reduced bail Wednesday for one of two men accused of posing as Mormon missionaries during a home invasion robbery.

Meanwhile, attorneys for Robert Estall and Abraham Austin, who are charged with robbery, kidnapping, burglary, battery and conspiracy, said they are ready to go to trial next month.

Becker noted that Austin had no criminal history, but pointed out that the allegations were of a “violent, deliberate and calculated” robbery.

Authorities said the two men dressed in white collared shirts and black ties and beat Terence Delucia while robbing him at gunpoint in June 2013.

Estall and Austin, who defense attorneys said served in the Air Force together, had reportedly approached Delucia’s front door, posing as missionaries who wanted to talk about religion.

About an ounce of marijuana and $3,000 cash was reported stolen.