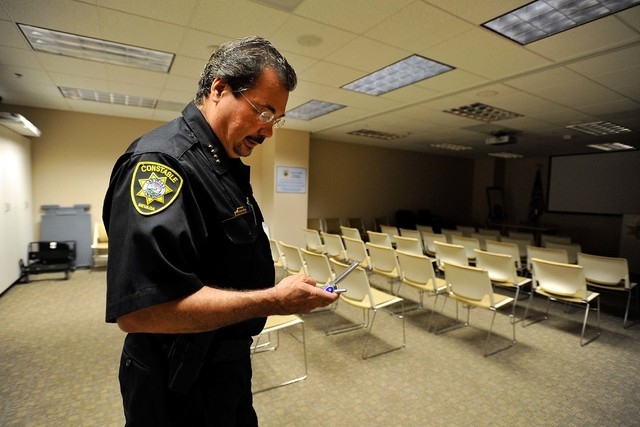 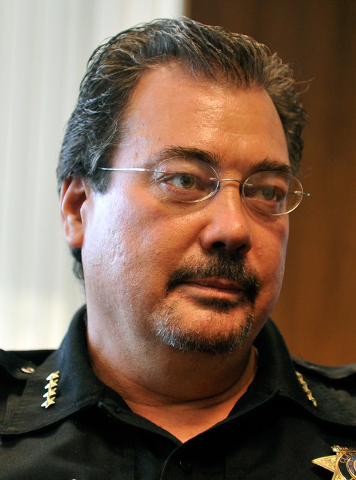 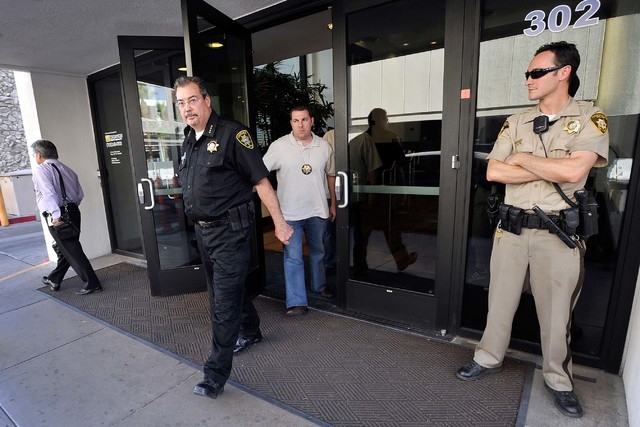 The corrected filing came hours after the Las Vegas Review-Journal reported that two former employees of the embattled constable paid him regular kickbacks from their pay, and that one employee had donated $1,000 to his campaign, though no such contribution had been reported as required by state law.

Bonaventura has denied the allegations, calling them “lies.” He couldn’t be reached for additional comment on Monday.

The employee who donated $1,000 to Bonaventura’s re-election campaign provided a cancelled check made out to the campaign in late 2011 that bears the constable’s endorsement. The contribution report Bonaventura filed in January 2012 listed no donations at all in 2011.

Nevada Secretary of State records show that after the Review-Journal reported on the donation in Sunday’s edition Bonaventura filed a corrected report showing a lone $1,000 contribution from a former deputy, received on Dec. 14, 2011.

Bonaventura took office in January 2011 after winning election in 2010. His first term has been marred with controversies that include financial conflicts with Clark County, jurisdictional disputes with neighboring constables and a reality television show pilot about his office that featured foul-mouthed deputies.

Bonaventura also is under investigation by the Metropolitan Police Department in a wiretapping probe. That investigation started after the Review-Journal reported on a recording of a telephone conversation between Bonaventura and Clark County Commissioner Tom Collins in May.

Detectives on June 17 searched the constable’s office and residence, taking away computers and other electronic equipment.

In the recording, Bonaventura is heard offering to play the tape of his conversation with Collins to another person. In the conversation, Collins encourages Bonaventura in his run for the seat of Commissioner Mary Beth Scow in the June primaries and criticizes several other commissioners as being “puppets.”

Bonaventura has not been arrested or charged with any crimes.

Records show that the $1,000 campaign gift isn’t the only time Bonaventura failed to report donations.

Bonaventura didn’t list a $250 contribution from Collins that the commissioner gave him on March 28.

Collins had listed the donation to Bonaventura, which came from his campaign fund.

State law requires candidates for office to report the names of all individuals who give more than $100 in campaign donations.

The Nevada Secretary of State on June 26 emailed Bonaventura asking about the $250 donation. The office sent the letter after Elections Division staff spoke to him about the matter, spokeswoman Catherine Lu said.

Bonaventura hasn’t responded yet, and has until Friday to do so, she said.

“If it is clear that he received the contribution and won’t amend the report, he would be subject to a civil penalty of no more than $5,000,” Lu said in an email. “The amount won’t be determined until his response is reviewed.”

Lu said the Secretary of State’s office doesn’t have enough information about the $1,000 contribution in the amended filing to open or close the matter.