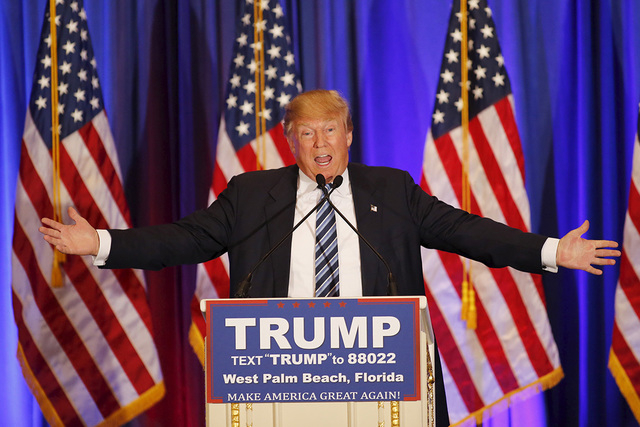 Trump’s response to remarks made by U.S. Sen. Marco Rubio of Florida about the size of Trump’s hands — and implications about the size of other parts of his anatomy — during Thursday’s Republican debate on Fox News was a major point of discussion in the days that followed.

“Look at those hands, are they small hands?” Trump said, gesturing, during the debate. “And he referred to my hands: ‘if they’re small, something else must be small.’ I guarantee you there’s no problem. I guarantee.”

A CNN headline on Friday began “Donald Trump defends size” — and it wasn’t just the mainstream media. Blogs across the Internet ran with it.

Then adult toy and novelty maker Pipedream Products chimed in, inviting the Republican front-runner to have his member molded.