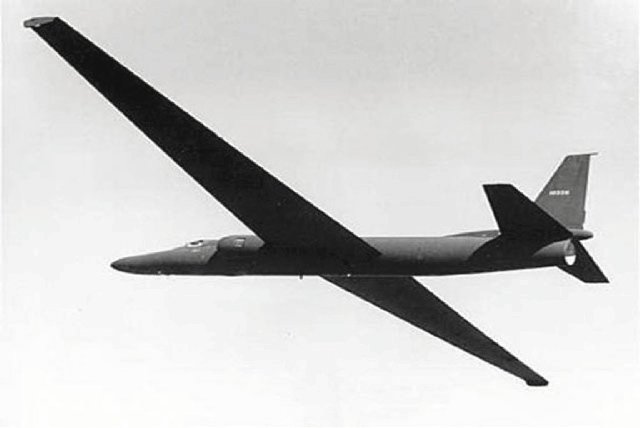 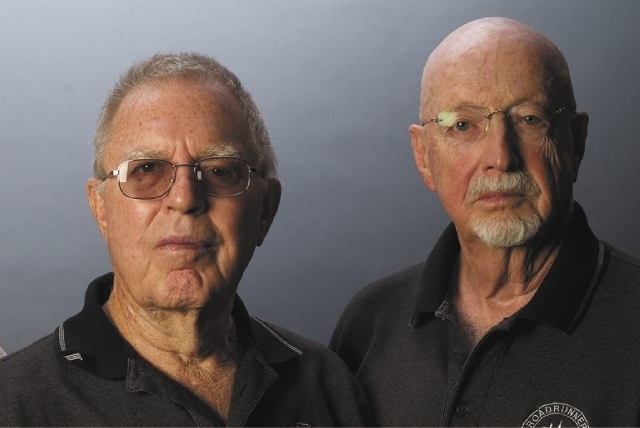 T.D. Barnes, left, and Roger Andersen worked as Central Intelligence Agency contractors at the classified installation known as Area 51 along the dry Groom Lake bed during development of the A-12 Blackbird spy plane in the 1960s.

WASHINGTON — Newly declassified government documents made public Thursday are shedding some of the official mystery surrounding Nevada’s role in developing spy planes of the Cold War.

A history of the U-2 reconnaissance program written by CIA officials in 1992 and released this summer to a national security institute contains official acknowledgement and several mentions of Area 51, the remote desert base 90 miles north of Las Vegas that the government once denied even existed.

On closer inspection they agreed it “would make an ideal site for testing the U-2 and training its pilots,” according to the history. The lightweight aircraft was being built by Lockheed at its highly secure “Skunk Works” plant in Burbank, Calif.

Allen Dulles, the director of Central Intelligence, and Adm. Lewis Strauss, the chairman of the Atomic Energy Commission, got President Dwight Eisnenhower to sign off on adding the strip, “known by its map designation as Area 51,” to what was then called the Nevada Test Site.

“To make the facility in the middle of nowhere sound more attractive to his workers, (Skunk Works founder) Kelly Johnson called it the Paradise Ranch, which was soon shortened to the Ranch,” according to the document.

Three months later, by July 1955, “the base was ready and Agency, Air Force and Lockheed personnel began moving in.”

On July 25, the first prototype was delivered, wrapped in tarpaulins, “its long slender wings and tail assembly removed.” It was flown to Groom Lake aboard a C-124, and mechanics spent six days readying the craft for its first flight on Aug. 4.

Subsequent high-altitude testing of the U-2 soon led to an unexpected side effect, “a tremendous increase in reports of unidentified flying objects” that added much to Area 51 lore.

That the Nevada installation was a development and staging area for the high-altitude spy plane and other aircraft that flew secret missions over the Soviet Union, China and other U.S. targets now is commonly known, having previously been revealed in several histories of the era.

But up to now, mentions of the base in officially released documents were rare and “probably inadvertent,” said Jeffrey Richelson, senior fellow of the National Security Archive, a research institute that contains a major library of declassified U.S. documents.

Releasing information on Area 51 now “is clearly a conscious decision to acknowledge the name, the location rather than play pretend about the secrecy,” Richelson said.

The 407-page history, “The Central Intelligence Agency and Overhead Reconnaissance,” was released to Richelson in June in response to a Freedom of Information Act request he filed in 2005. A heavily redacted version was published in 1998.

The history also discusses the site’s role in Oxcart, the CIA code-named program that produced the Lockheed A-12 spy plane, the nation’s first stealth aircraft.

“There’s not much really new here but they are officially confirming what has been previously speculated,” said Barnes, who worked on a radar project in Beatty that measured the velocity of the record-breaking, rocket-powered X-15 in 1964.

“We would secretly track the flights for the CIA,” he said.

A CIA contractor, Barnes arrived at Area 51 in 1968 as a radar expert to put the finishing touches on the A-12. He said most of the CIA’s “black operations” in Nevada used code names for the projects but not the facility.

He said other unofficial names used for the facility include Dreamland, Home Base, Watertown Strip, Groom Lake and Homey Airport.

“The U-2 guys called it Watertown because that was the hometown of the CIA director at the time,” Barnes said, referring to Dulles.

Barnes said Area 51 is part of the Nellis Air Force range operations area. The restricted airspace around it is known by military pilots as “the box” or “the container.”

Andersen, an Air Force captain recruited by the CIA, said the stories behind Area 51 “generally were known by those of us who worked there but not to the rest of the world.”

While the CIA had been protective of Area 51 information for so long, Andersen said he sensed a shift within the past five to seven years. As a result, he and former Area 51 personnel were invited to a CIA “family day” at headquarters in Langley, Va.

Richelson, the National Security Archive senior fellow, said he had no idea why the CIA decided to open up on Area 51 at this time. Researchers hope it is a sign the agency might be forthcoming about details of other once-secret Nevada programs, such as development of the F-117 Stealth jet and the use of captured Soviet MiGs to train U.S. pilots in air-to-air combat.