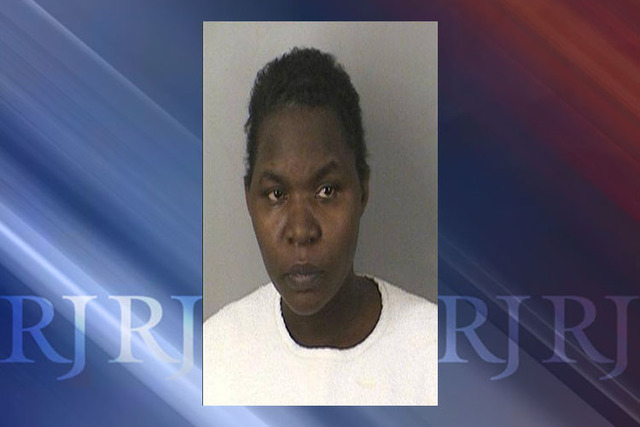 A 36-year-old woman faces new charges of murder after her youngest child was found dead in the mother’s apartment.

Marie J. Chishahayo have been charges with second-degree murder in addition to four counts of child abuse or neglect.

The new charges come after a Jackson County medical examiner ruled her 2-year-old’s death a homicide.

According to court records, police were called to an apartment complex at East 13th and Vine streets on March 5 on reports of a burned child.

A 2-year-old girl was found dead and her 3-year-old sister was taken to the Children’s Mercy Hospital. Two other children, who are 9 years old and 5 months old, were also found inside the apartment.

Court documents say that a man who identified himself as the mother’s brother said he last saw the mother and four children on Feb. 26 when he stayed the night and didn’t see any problems. He said a church van had tried to pick the mother and her children up on Sunday, but no one answered the door. The mother also didn’t answer repeated phone calls from family.

Chishahayo’s brother said his wife went to the apartment Wednesday and thought she saw someone inside, but they refused to answer the door.

The mother’s brother told police he went to the apartment on Thursday with his own two children and the 9-year-old boy let them in. When his children tried to go upstairs, Chishahayo stopped them and said that her kids were sleeping up there.

According to court documents, the house was in disarray with broken dishes and furniture. When he went upstairs the mother’s brother found one bedroom door locked and the children’s mother kept saying they were in there, but were OK and only sleeping.

He found one child under a blanket. As he moved the blanket away the 3-year-old girl yelled, “Mommy, you’re hurting me, stop it.” He then lifted the blanket all the way and found the other girl, who was obviously dead.

The mother, according to court records, told police initially, that she had not hit the children. But she said the 9-year-old child had hit the children to punish them. She said he told her that he heated a knife and burned one of the children all over the child’s body. She said she allowed him to do this because God had told him to do so.

Court documents said the mother admitted to the police that the 9-year-old boy did most of the abuse. She said she saw him pick up the girl later found dead and throw her into the wall several times Thursday morning.

Cell phone video shows the state of the apartment when Pastor Danny Stephen and family friend Sostene Lewi checked in on Thursday. There were broken dishes in the bedroom and flour thrown across the room. The mother who lives there with her four children is Stephen’s sister-in-law.

“We don’t know nothing yet because she won’t say when we ask what happened,” Stephen said. “I don’t even know how I can explain this because the situation was too bad for me. We didn’t have enough sleep last night.”

The two men believe there was a fire. Callia Elia, 2, was found dead inside the apartment. Her sister, Elena Elia, 3, was badly burned. She is still in the hospital.

“It’s something, it hurts, it hurts,” Stephen said. “She can answer all kinds of questions but when you ask her what happened and who did this, she won’t say anything. I think she’s scared.”

Lewi believes the children’s mother is suffering from a mental problem, although he doesn’t know what.

“I think she got some craze because it was too much. When you saw on the video what happened and in her house, yes she have a big problem,” she said.

As news of the horrendous finding spread, stuffed animals, signs and flowers began to fill the entryway of the little girls’ apartment. Those in the neighborhood gathered Friday night to pray for the two young sisters.

“People out here, we are like a family, it’s like a family so this is very tragic,” apartment tenant representative Tiara Whitley said.

Verbana Fisher moved next door three months ago and says she never knew what was going on behind closed doors.

“This is sad,” Fisher said. “I never smelled fires, heard them fighting, nothing. Who would do something like that, who would let their 9-year-old torture the kids like that?”

Chishahayo’s other children are still in state custody.