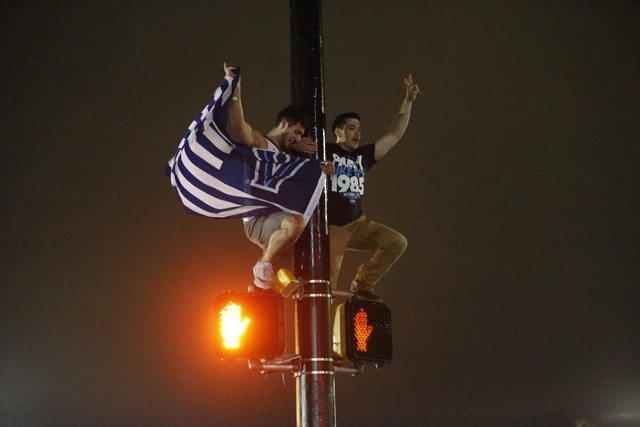 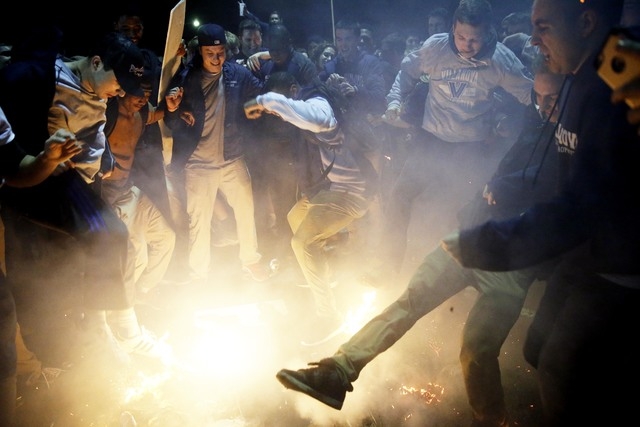 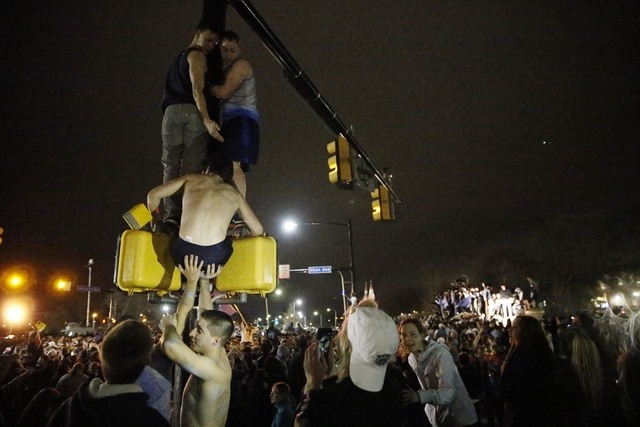 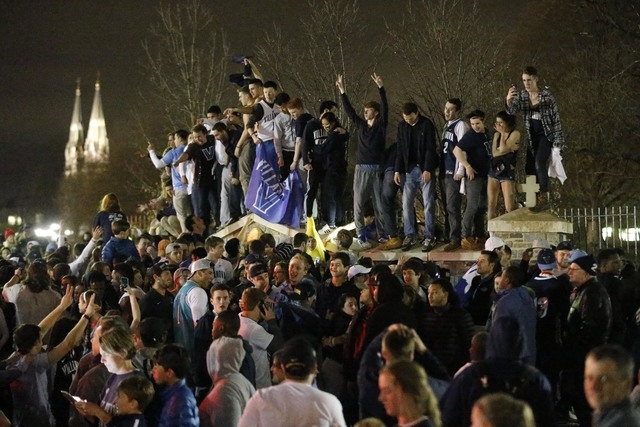 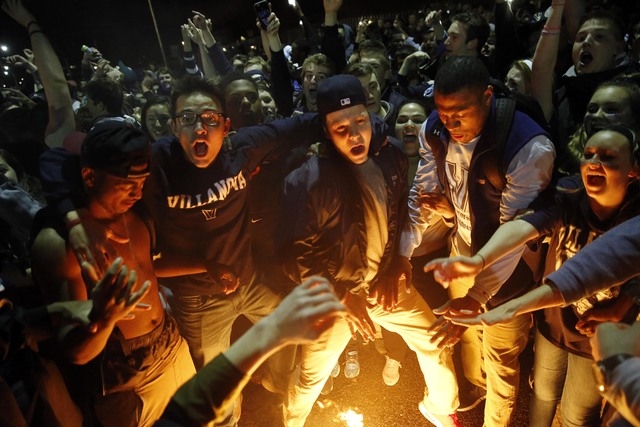 Police say six people were arrested and 25 people were injured after Kris Jenkins’ 3-pointer in the final seconds of the title game Monday night propelled the Wildcats over North Carolina 77-74.

Radnor Police Sgt. Anthony Radico says one of those arrested was accused of assaulting a police horse.

Students rushed from Villanova’s arena, The Pavilion, onto a nearby commercial strip where pubs and restaurants festooned with balloons and banners were packed with revelers.

Police in riot gear stood by as celebrants shouted and chanted wildly. There also were reports of some students scaling a light pole and others creating small bonfires.

There are no details on the injuries.