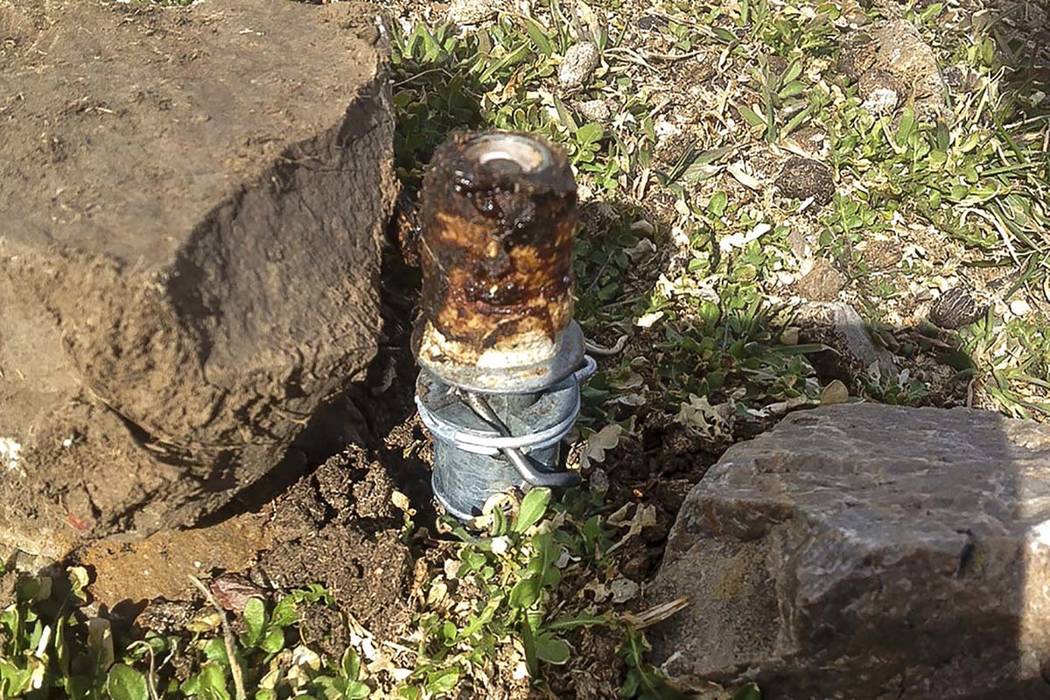 A March 16, 2017, file photo released by the Bannock County Sheriff's Office shows a cyanide device in Pocatello, Idaho, The cyanide device, called M-44, is spring-activated and shoots poison that is meant to kill predators. The U.S. Environmental Protection Agency has taken an initial step to reauthorize a predator-killing poison that injured a boy in eastern Idaho and killed his dog. The federal agency on Tuesday, Aug. 6, 2019, announced an interim decision involving sodium cyanide that's used in M-44s. (Bannock County Sheriff's Office via AP, File) 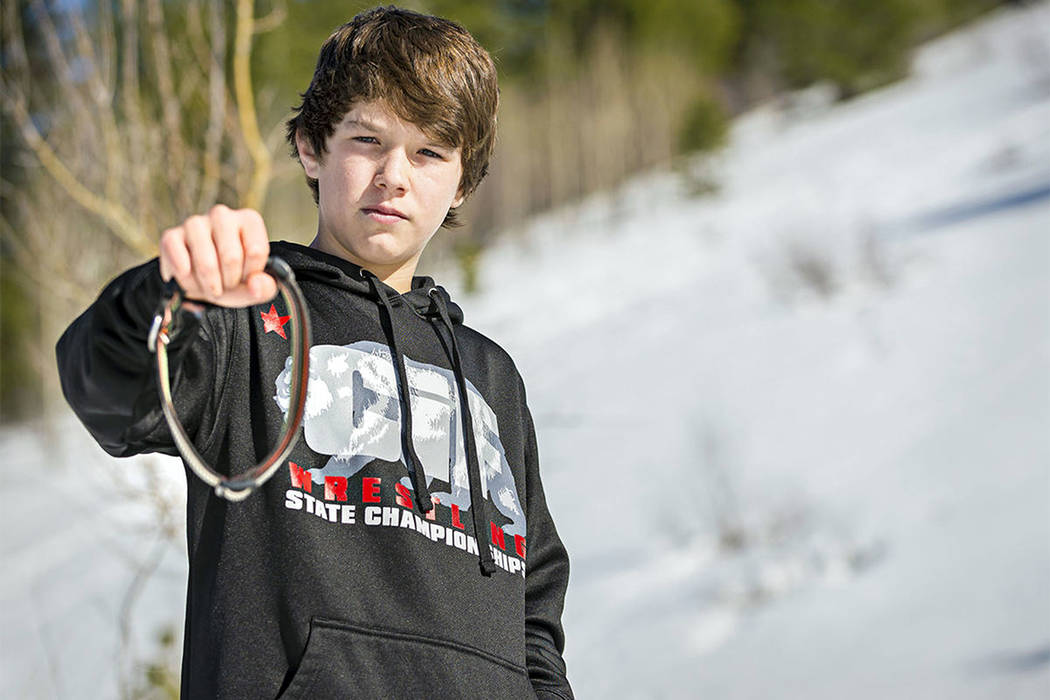 Canyon Mansfield, 14, holds the collar of his dog, Casey, on March 17, 2017. The dog was killed in February by a spring-activated device that shot out cyanide meant to kill coyotes. (Jordon Beesley/Idaho State Journal via AP)

WASHINGTON — The Environmental Protection Agency on Thursday reversed its preliminary decision allowing continued use of deadly sodium cyanide traps, blamed for injuring people and pets as well as their intended targets of coyotes and other predators.

EPA head Andrew Wheeler said in a statement he had decided the agency needed to do more analysis and consulting regarding the so-called M-44 traps, devices embedded in the ground that look like lawn sprinklers but spray cyanide when triggered by animals attracted by bait.

“I look forward to continuing this dialogue to ensure U.S. livestock remain well-protected from dangerous predators while simultaneously minimizing off-target impacts on both humans and non-predatory animals,” Wheeler said.

Environmental groups had blasted the agency’s preliminary decision last week reauthorizing the cyanide traps, saying they were impossible to use safely.

Federal officials decided against using the devices in Idaho after a then 14-year-old boy was injured in 2017 when he encountered an M-44 with his dog on federal land near his house on the outskirts of Pocatello. His Labrador retriever died.

The U.S. Department of Agriculture’s Wildlife Services uses the devices to kill coyotes and other livestock predators, mostly in the Western U.S.