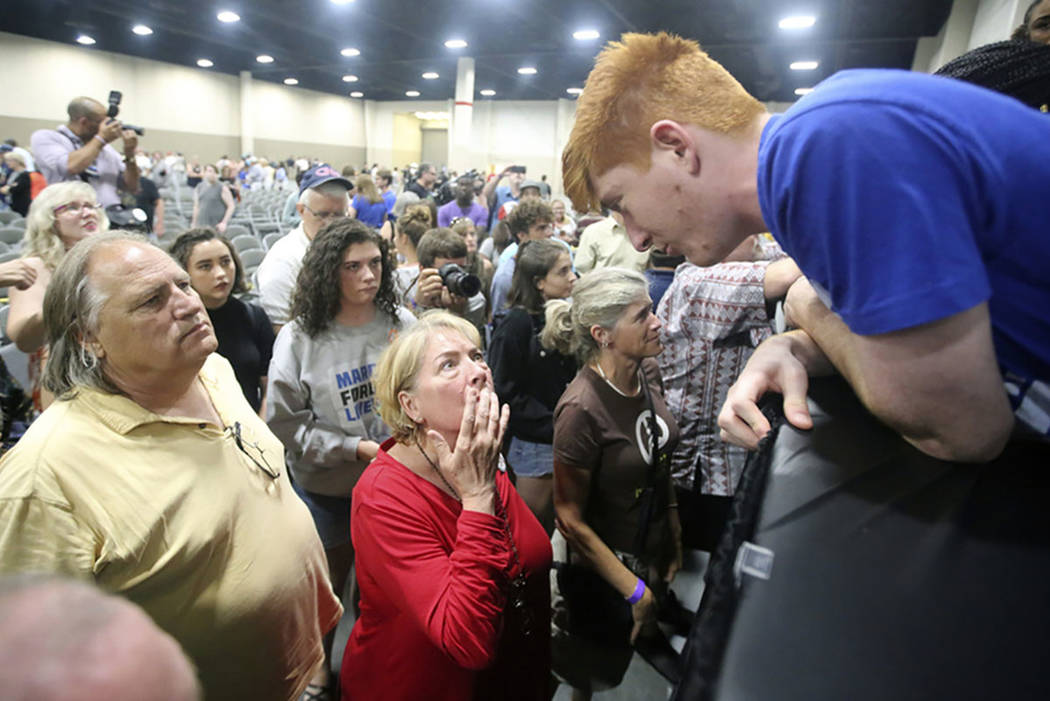 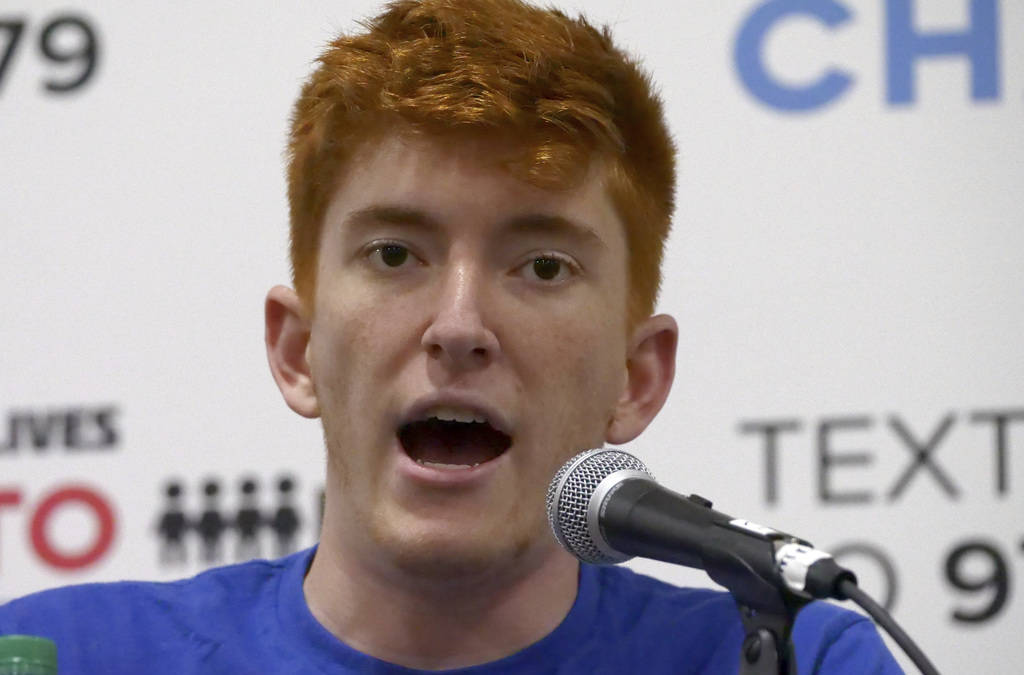 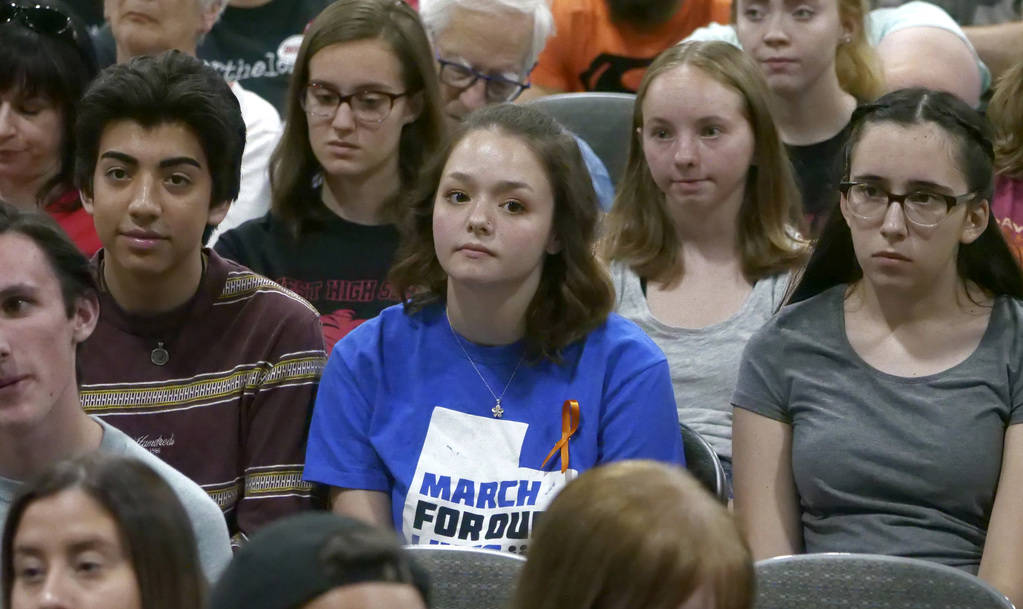 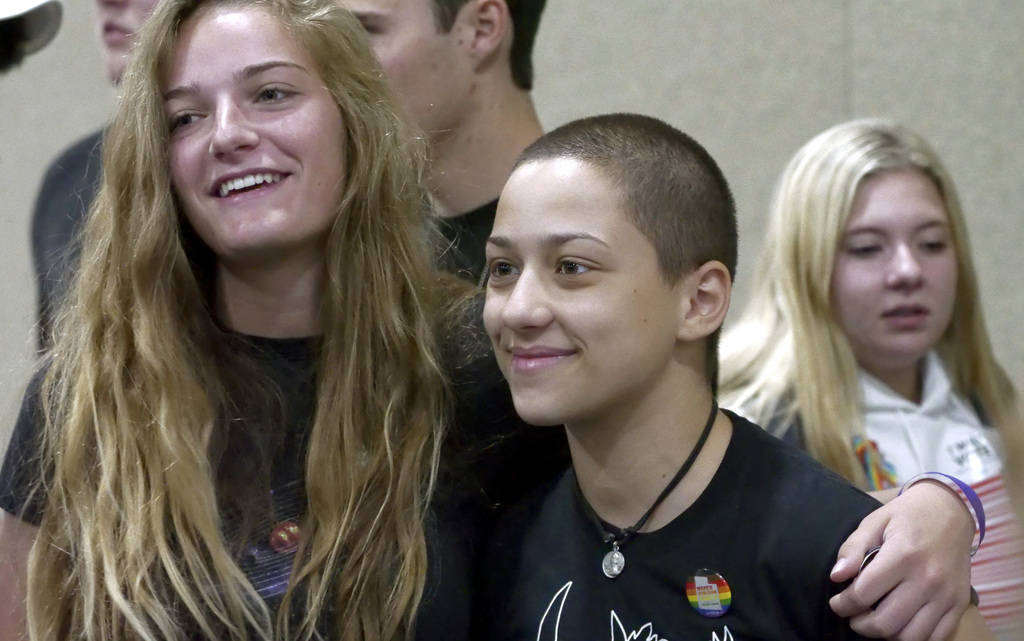 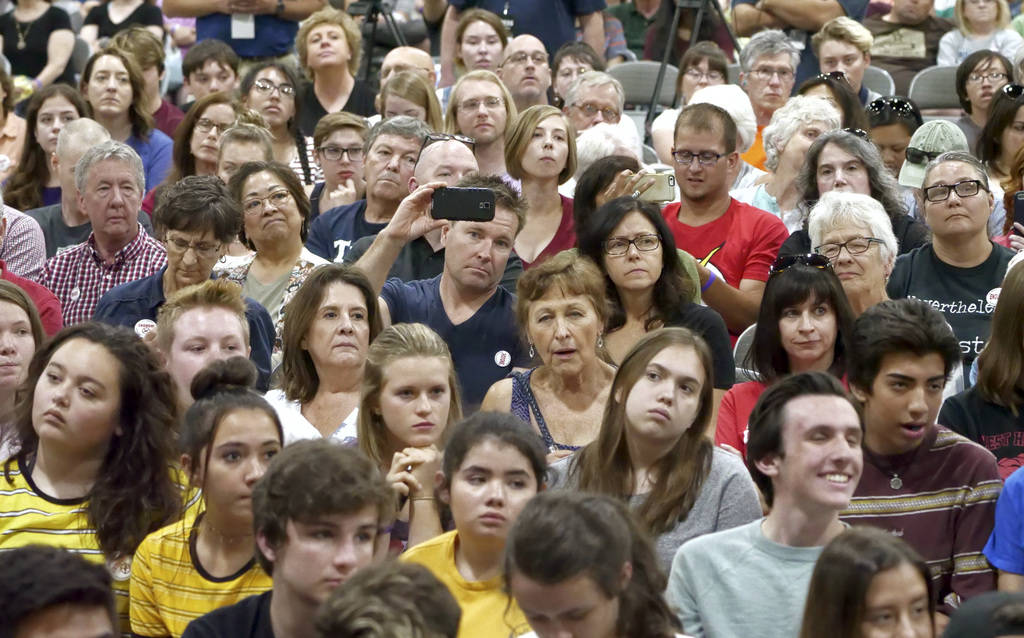 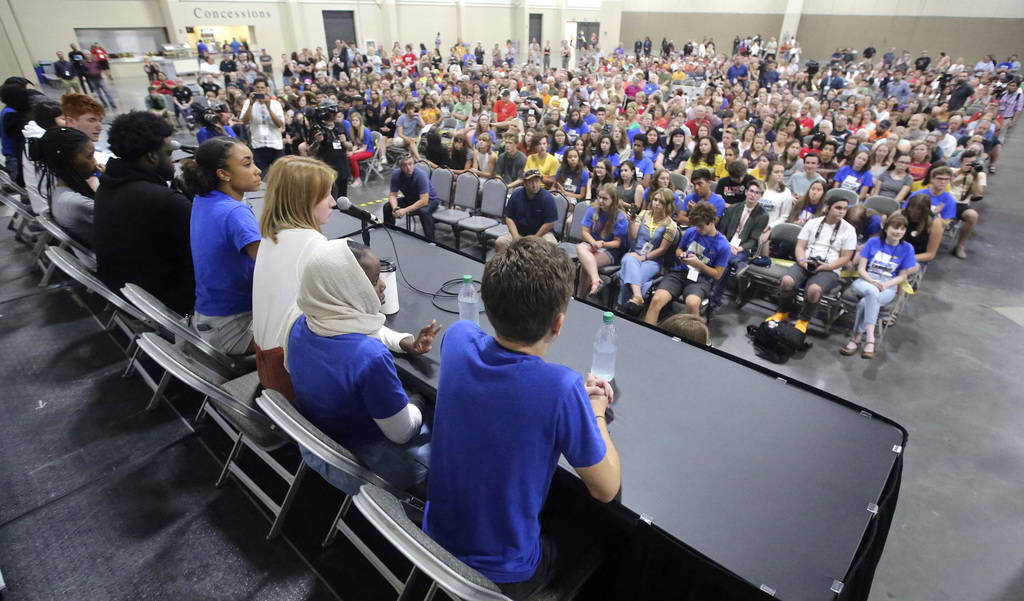 Students from Marjory Stoneman Douglas High School, the Parkland, Florida, school where 17 people were shot dead in February, and other March for Our Lives panel members speak during a town hall at the Mountain America Expo Center Saturday, July 14, 2018, in Sandy, Utah. (AP Photo/Rick Bowmer) 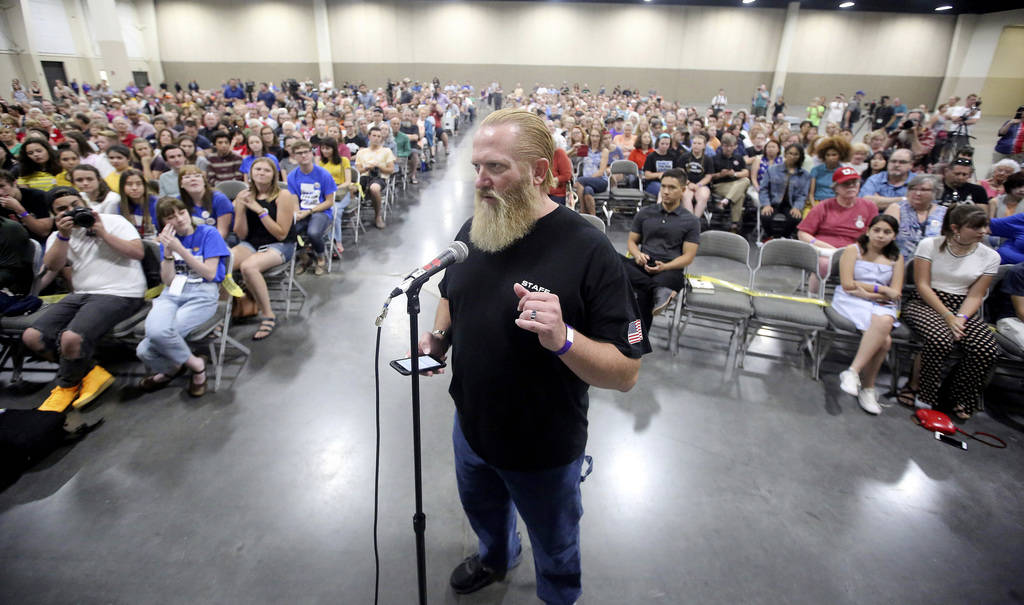 Sam Robinson, of Utah Gun Exchange, asks a question of student activists involved with the March for Our Lives movement at a town hall at the Mountain America Expo Center Saturday, July 14, 2018, in Sandy, Utah. (AP Photo/Rick Bowmer) 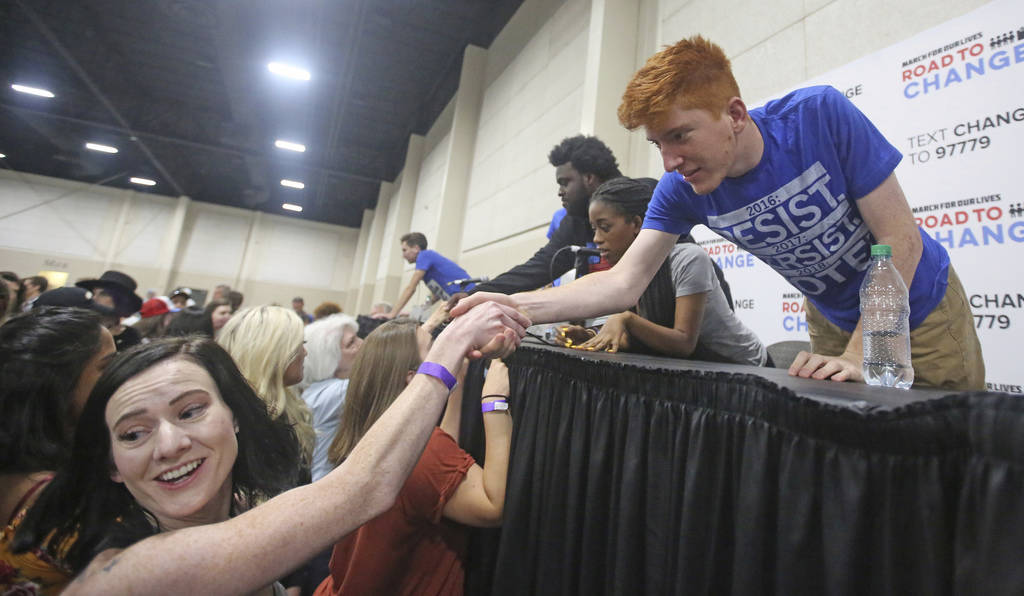 The Deseret News reports that among those in attendance was Mayor Jackie Biskupski.

On Monday in Las Vegas, the Florida students will meet with local student activists, survivors from the Route 91 Harvest Festival shooting and others for a 90-minute roundtable. The free event will be held from 5:30 to 7 p.m. in the gym at Sierra Vista High School, 8100 W Robindale Road. Doors open at 5 p.m.

The summer tour is a continuation of a nationwide walkout held in March, one month after the Parkland, Florida, shooting. For more information or to RSVP online, visit actionnetwork.org.

— The Review-Journal contributed to this report.