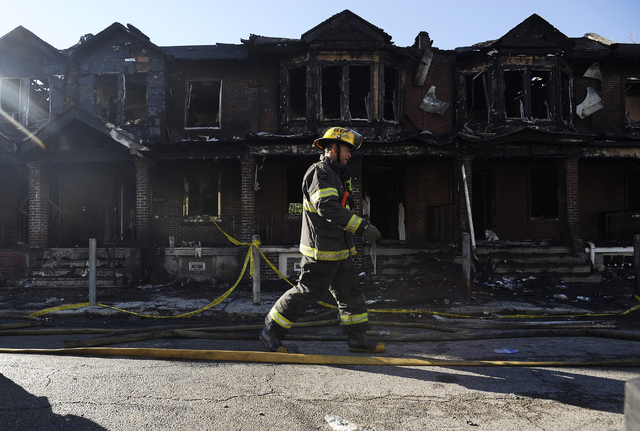 A Philadelphia firefighter walks past burned adjoining homes on Saturday, July 5, 2014, in Philadlephia. Authorities say the fast-moving fire early Saturday has killed four children. Fire department officials say there is no immediate word on how many others were injured in the blaze that destroyed eight homes in the row and engulfed a total of 10 houses. (AP Photo/Michael Perez) 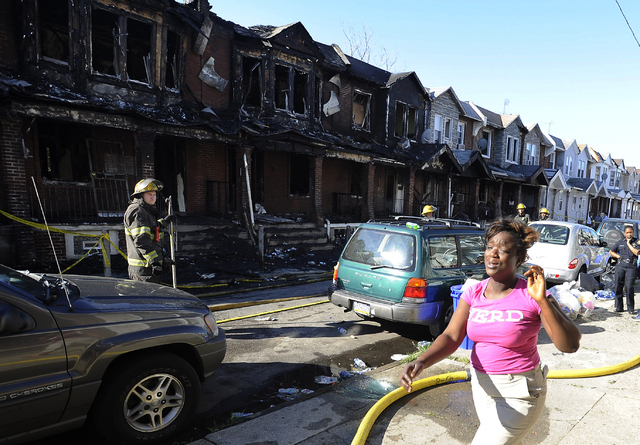 A woman cries as she walks past Philadelphia firefighters working on burned row homes on Saturday, July 5, 2014, in Philadelphia. A fast-moving fire in southwest Philadelphia early Saturday left four children dead and burned through a number of adjoining homes. (AP Photo/Michael Perez) 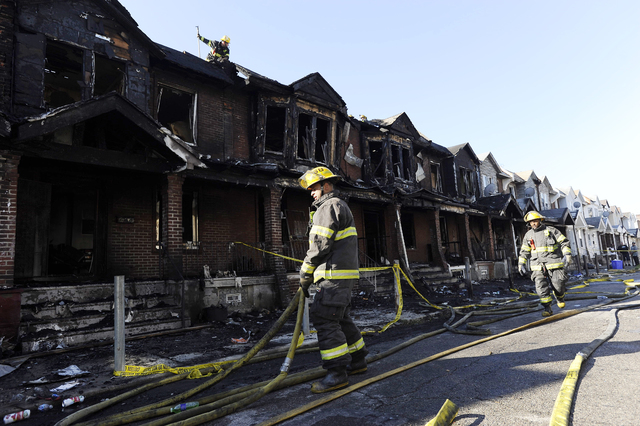 Philadelphia firefighters working on burned row homes on Saturday, July 5, 2014, in Philadlephia. Authorities say the fast-moving fire early Saturday has killed four children. Fire department officials say there is no immediate word on how many others were injured in the blaze that destroyed eight homes in the row and engulfed a total of 10 houses. (AP Photo/Michael Perez) 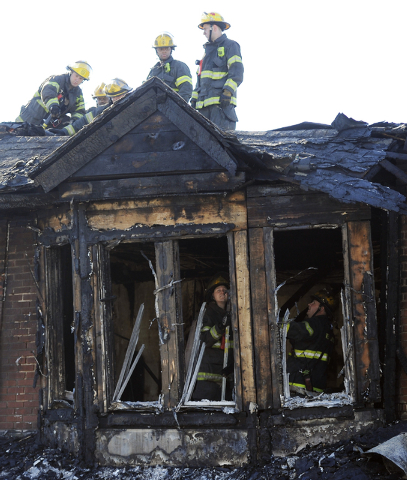 Philadelphia firefighters work on burned row homes on Saturday, July 5, 2014, in Philadelphia. Authorities say the fast-moving fire early Saturday has killed four children. Fire department officials say there is no immediate word on how many others were injured in the blaze that destroyed eight homes in the row and engulfed a total of 10 houses. (AP Photo/Michael Perez) 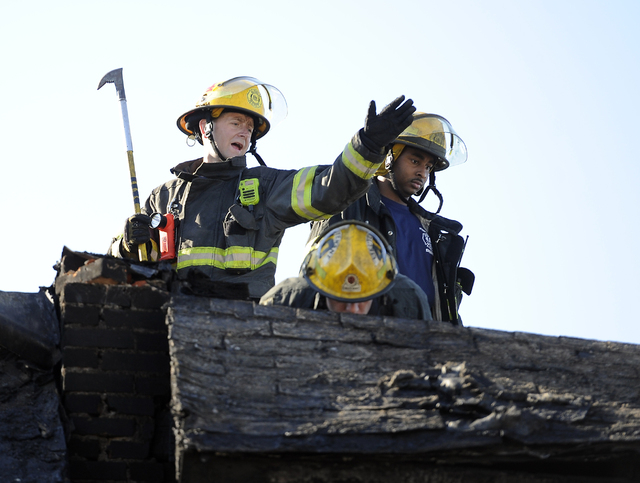 PHILADELPHIA — Fire raced through a row of two-story homes in southwest Philadelphia early Saturday, killing three 4-year-olds and a baby and engulfing at least 10 houses, officials said. A woman and three other children escaped through a second-floor window.

The blaze began shortly before 3 a.m. and was brought under control in about an hour, fire officials said. At least eight row homes were gutted, leaving behind only charred frames. The cause of the fire remains under investigation, but witnesses said it may have begun on a couch on a porch.

Among the dead were 4-year-old twin girls. Their mother, 41-year-old Dewen Bowah, told police she was in the home with seven children and managed to get her three other daughters out before jumping from second-floor window. But she couldn’t save the twins, Maria and Marialla Bowah, or 1-month-old Taj Jacque and 4-year-old Patrick Sanyeah. The boys’ mother wasn’t in the home at the time.

“We lost four precious lives,” Mayor Michael Nutter said at an afternoon news conference. “Four little innocent children, in a horrific tragedy. I can only pray that their pain was not long and they did not truly feel and experience the intensity of this fire and flames.”

Bowah and her three surviving daughters were taken to the hospital, but the extent of their injuries was not known.

Jeff Boone told The Philadelphia Inquirer that he saw a couch on fire on the porch of a house about five doors down from his residence and heard children screaming.

The flames spread across porches so fast, he said, that “it looked like someone had a flamethrower and just shot it all across.”

The 27-year-old Boone said he called 911 and bolted out of his house to try to save his neighbors.

Milton Musa told the newspaper his roommate woke him up and said their home was on fire. Once outside, Musa said, he saw two children hanging from a neighbor’s window.

“I could see they weren’t strong, and I was afraid they’d fall to the cement,” Musa said. “So I went underneath them, let them fall on my back and carried them away.”

He wiped away tears as he recalled the intense moments as the blaze swept through the neighborhood.

“Everyone was running for their lives,” he said. “I’ve lost everything. My paperwork, my documents, my house. Everything.”

About 100 firefighters responded to the blaze.

“This is a tragic, tragic day for the city of Philadelphia. Tragic,” Fire Commissioner Derrick Sawyer said.

The Red Cross said 32 people were displaced by the fire.