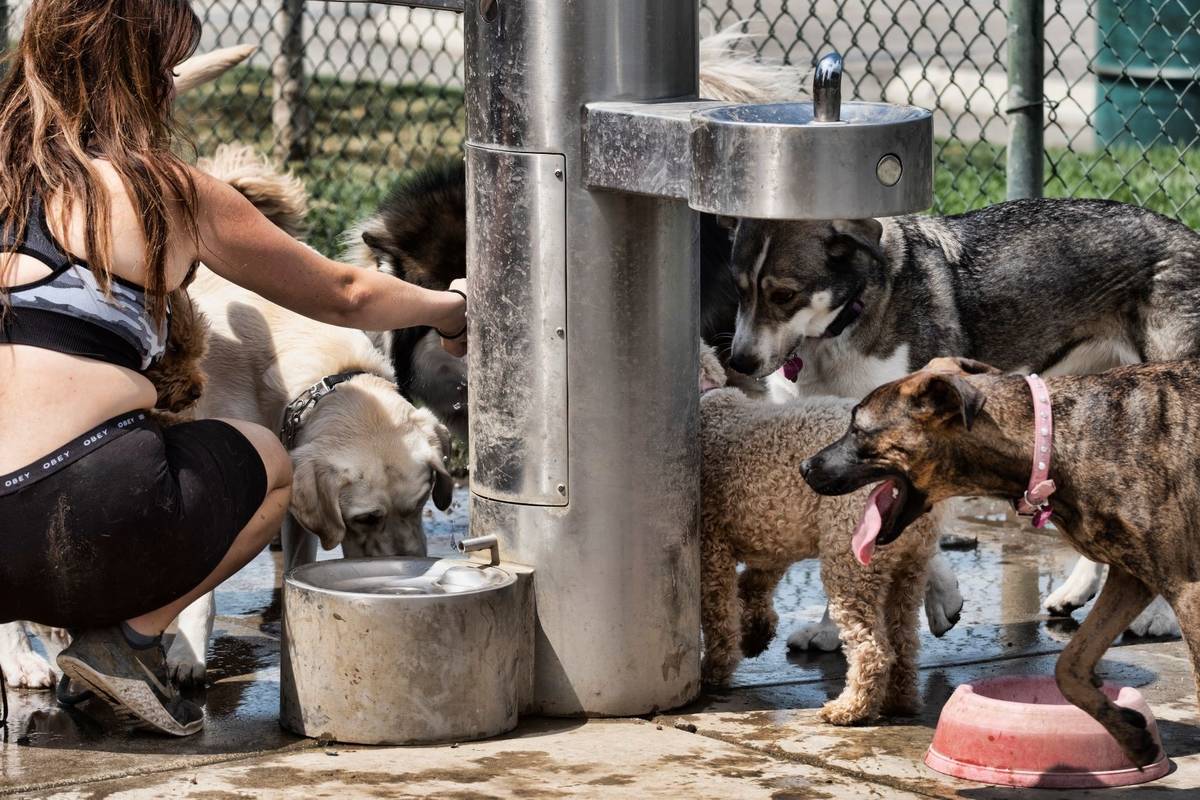 A dog walker gives water from a fountain to her pack of dogs at the Sepulveda Basin Dog park in the Van Nuys section of Los Angeles on Thursday, June 17, 2021. (AP Photo/Richard Vogel) 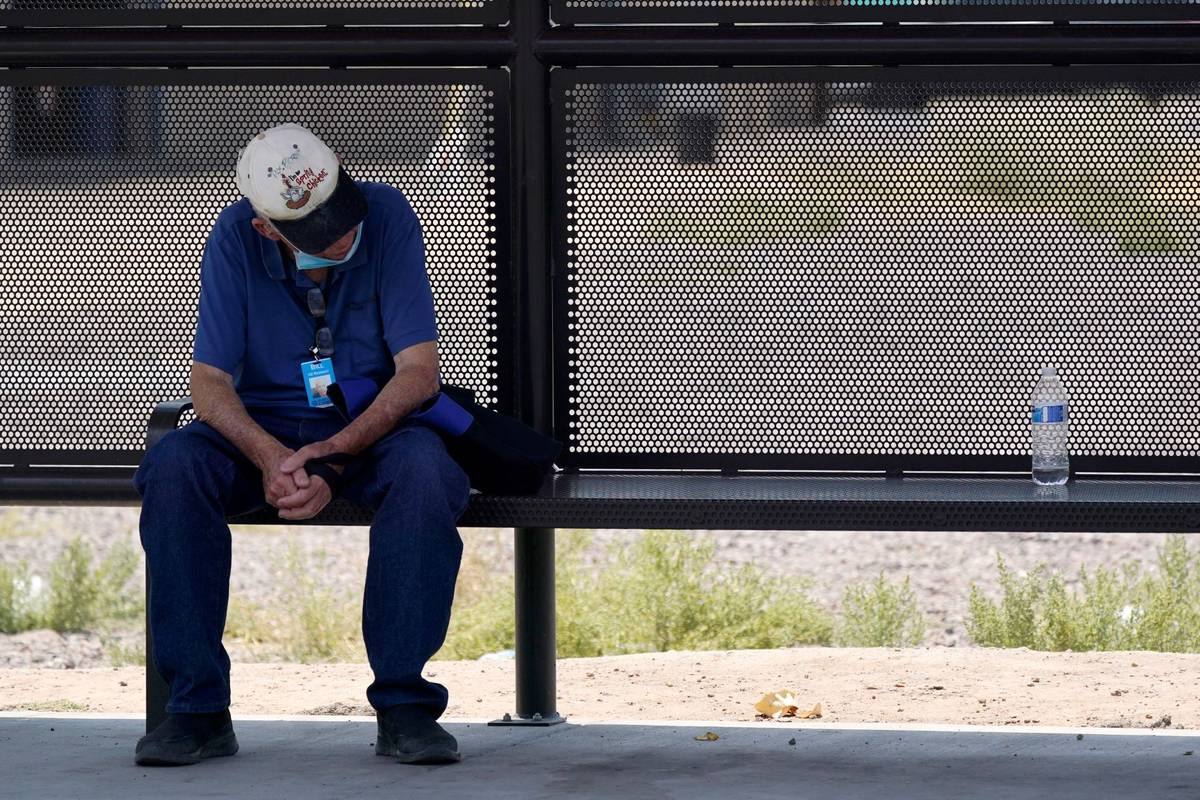 A person waits for a bus in the shade as the heat wave in the Western states continues Thursday, June 17, 2021, in Phoenix. (AP Photo/Ross D. Franklin)

The record-breaking temperatures this week are a weather emergency, scientists and health care experts say, with heat responsible for more deaths in the U.S. than all other natural disasters combined. With more frequent and intense heat waves likely because of climate change and the worst drought in modern history, they say communities must better protect the vulnerable, like homeless people and those who live in ethnically and racially diverse low-income neighborhoods.

“This heat has an important effect on people and their health,” said Dr. Suganya Karuppana, chief medical director at the Valle del Sol community health clinics in Arizona.

People — along with plants and animals — need cooler temperatures at night to recover from the stress of high heat, scientists and doctors said. But with overnight temperatures in the 90s, that’s not happening.

Karuppana noted that many people she sees may have no car and have to take public transportation in the Phoenix heat, walking through neighborhoods with few trees and waiting at bus and light rail stops with no or little shade. Some people live in poorly ventilated mobile homes or without air conditioning. Or they may work outside in the sun as construction workers or landscapers.

Phoenix has been baking in temperatures above 115 degrees all week. The high Friday was expected to reach 117 degrees after hitting a record 118 a day earlier. Daily records were set this week in Arizona, Las Vegas, and California, including 128 degrees in Death Valley on Thursday.

Those who are vulnerable to high temperatures include the very young, the very old and people with heart or kidney disease, ailments that disproportionately affect communities of color.

“We are activated for Phoenix and monitoring it closely,” said Nicolette Louissaint, executive director of the Washington nonprofit Healthcare Ready, which was founded after Hurricane Katrina to help communities deal with natural disasters.

Louissaint said her organization has helped in heat emergencies by funding cooling centers that offer bottled water and shade or arrange transportation for older people without cars who need dialysis or heart checkups.

“Extreme heat really exacerbates those kind of serious medical conditions,” she said. “It’s tough on people who don’t have a lot of money.”

Phoenix and other local governments around the Southwest remind people on social media to drink lots of water, stay out of the sun if possible and take frequent breaks on hot days. They warn people to not leave children or pets in vehicles, and they work with nonprofits like the Salvation Army to open facilities that allow people to cool off.

The rising risks of the heat became painfully clear three years ago when 72-year-old Stephanie Pullman died at her Phoenix-area home after Arizona’s largest electric utility turned off her service for failure to pay $51. A coroner listed “environmental heat exposure” as one of the causes of her 2018 death.

It led to a series of moratoriums on overdue electrical bills in Arizona that continued through the end of last year amid the coronavirus pandemic. The utility, Arizona Public Service, says it has suspended service disconnections and waived late fees through Oct. 15.

The county that includes Phoenix has reported three heat-related deaths as of Saturday, with an additional 20 fatalities being investigated as possibly caused by high temperatures.

Heat-related deaths in Maricopa County have been rising dramatically in recent years, with 323 reported last year, the highest ever recorded. The highest rates were reported among Black people and Native Americans. About 80% of those who died were men.

People living on the street are especially at risk. The Maricopa County medical examiner has said heat was a primary or secondary cause in the death of 146 homeless people last year, when the summer was the hottest ever recorded in Phoenix.

Scientists say the number of heat deaths in the U.S. West and the world over were only expected to rise.

A study last month estimated the number of heat deaths each year that can be attributed to human-caused global warming. It included about 200 U.S. cities and found more than 1,100 deaths a year from climate change-caused heat, many of them in the East and Midwest, where many people don’t have air conditioning or are not acclimated to hot weather.

Joellen Russell, climate science professor at the University of Arizona in Tucson, said the Southwest is an early example of what will hit the rest of the nation later when it comes to the dangers of heat extremes caused by global warming.

“I think we’d better hurry up,” she said. “Our kids are counting on us.” 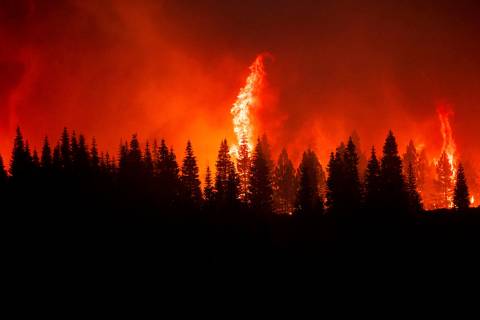