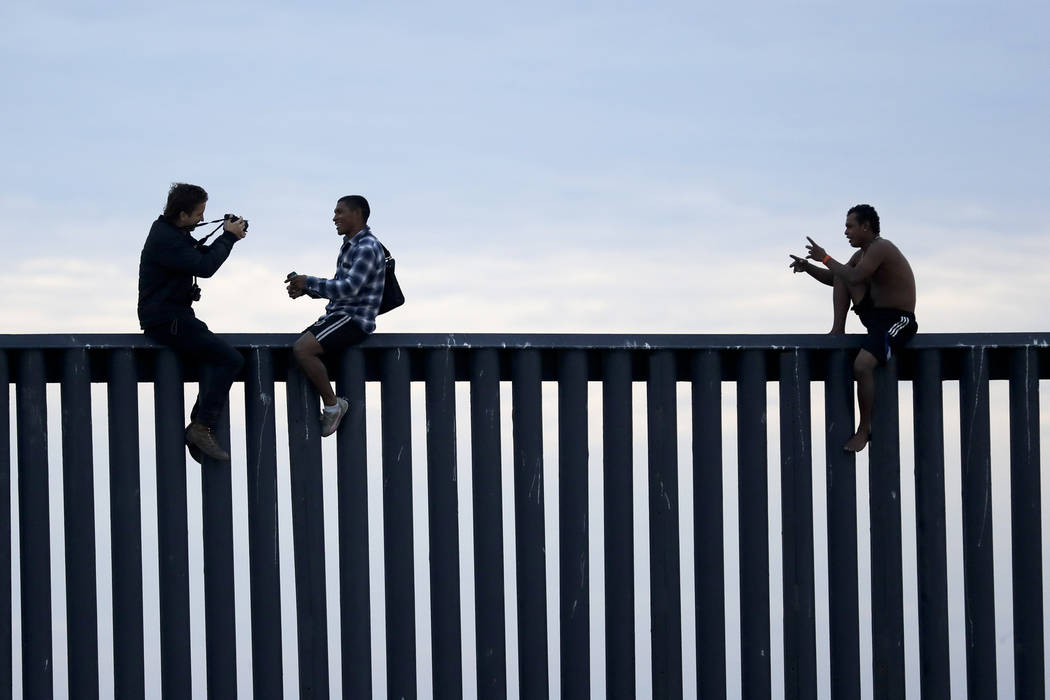 Two Honduran men pose as a photographer, at left, takes their picture after the group climbed the border wall separating Tijuana, Mexico, and San Diego, before climbing back down on the Mexican side, Wednesday, Nov. 21, 2018, seen from San Diego. (AP Photo/Gregory Bull) 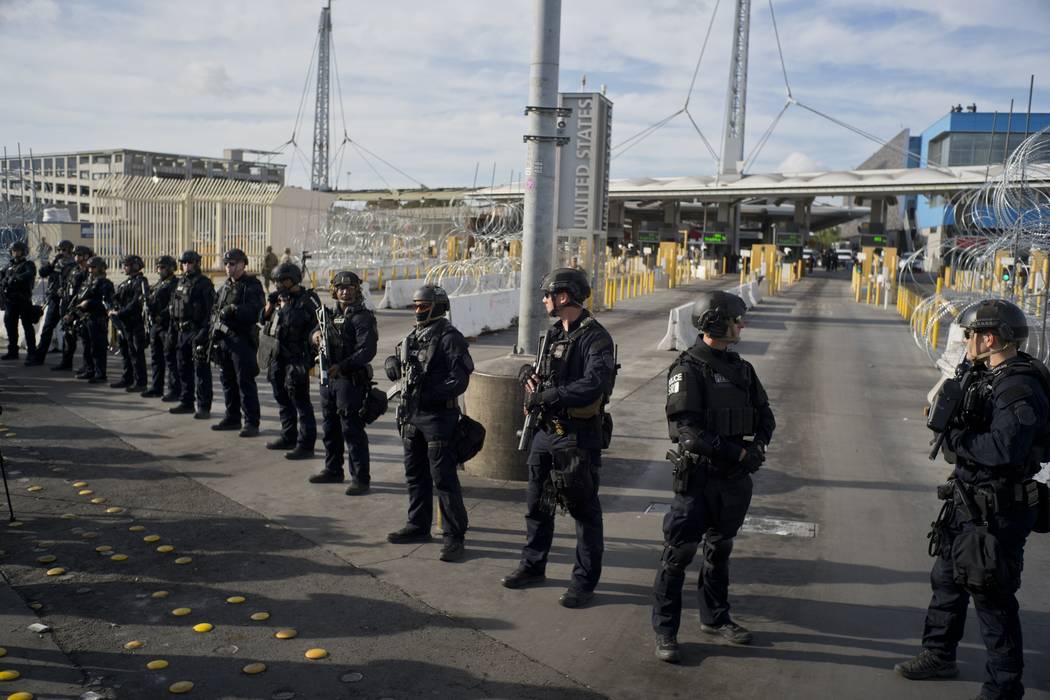 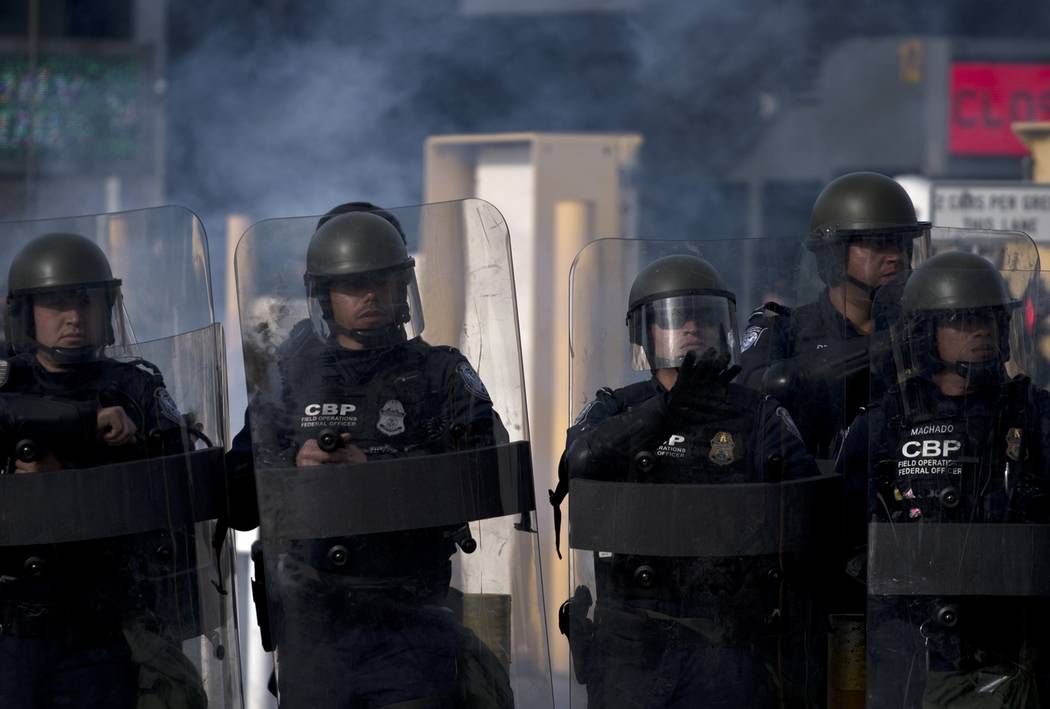 SAN DIEGO — Authorities said a migrant woman was injured after trying to climb a fence at the U.S.-Mexico border with her two small children.

Border Patrol agent Tekae Michael says the 26-year-old Guatemalan woman fell near the San Ysidro Port of Entry on Friday night and landed on pieces of rebar that pierced one side of her body. Paramedics took her to a hospital for treatment.

The San Diego Union-Tribune reports the children, ages 3 and 5, were not hurt. The woman told agents she was not part of the migrant caravan that traveled from Central America to the Mexican border city of Tijuana.

The rebar is part of ongoing work to replace decades-old fencing. It’s not related to the American military’s recent mission to fortify the fence in response to the caravan.