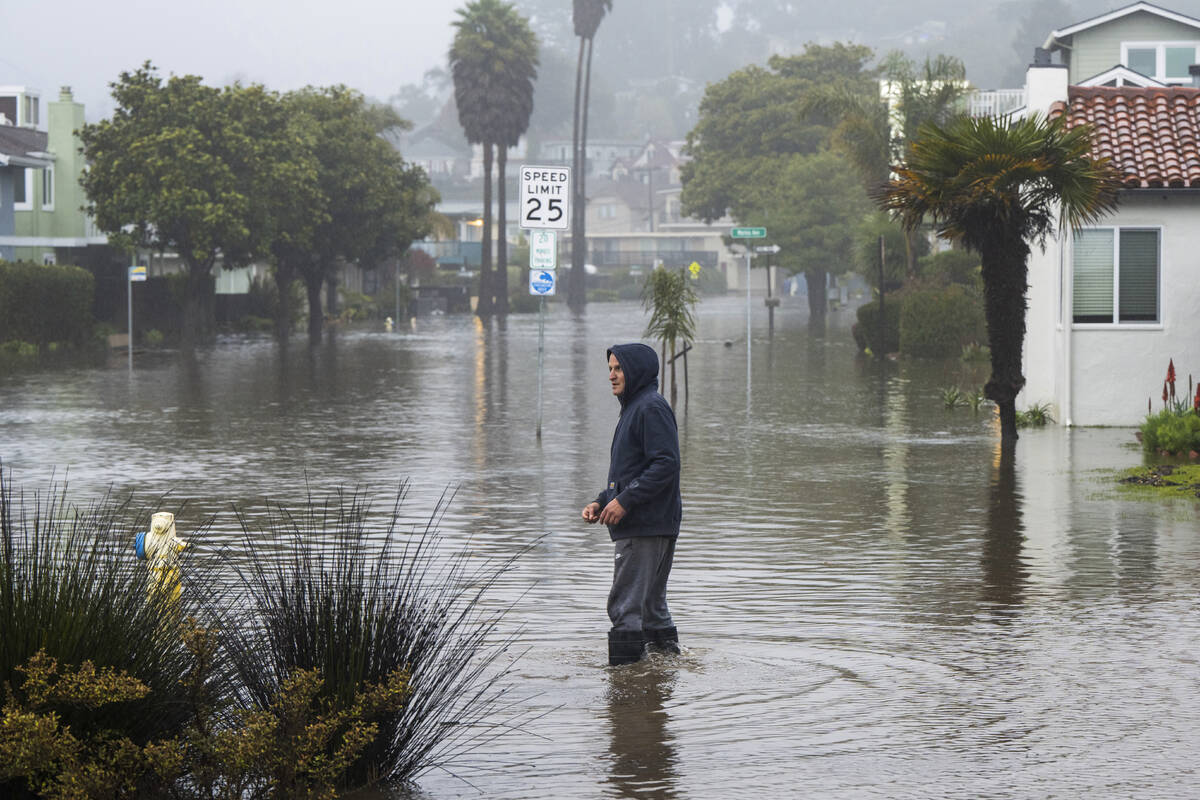 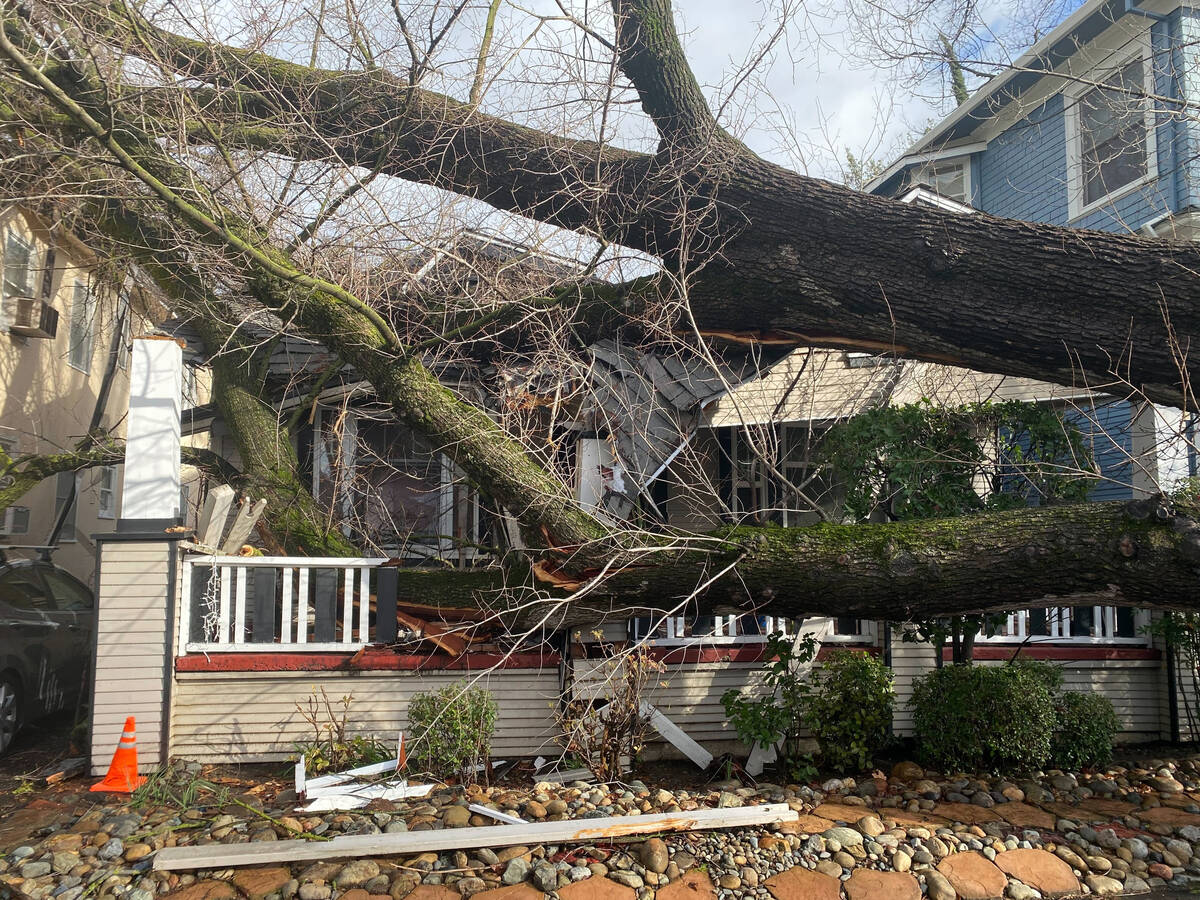 A tree collapsed and ripped up the sidewalk damaging a home in Sacramento, Calif., Sunday, Jan. 8, 2023. The National Weather Service warned of a “relentless parade of atmospheric rivers" — storms that are long plumes of moisture stretching out into the Pacific capable of dropping staggering amounts of rain and snow. (AP Photo/Kathleen Ronayne) 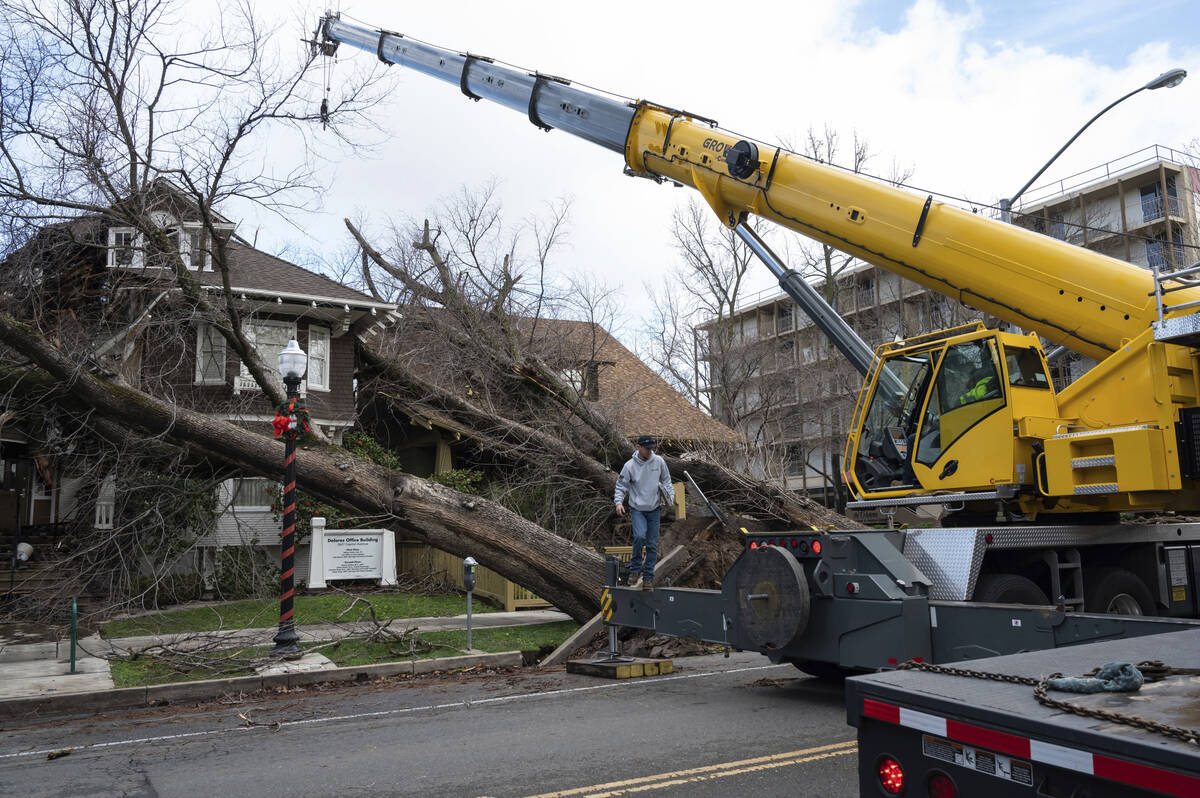 Crane operator Ricky Kapuschinsky, with AAA Crane, gets ready to lift uprooted trees on Capitol Avenue and 27th Street in midtown after a storm brought high winds overnight in Sacramento, Calif., on Sunday, Jan. 8, 2023. California was hit with more turbulent weather as thunderstorms, snow and damaging winds swept into the northern part the state. Sunday's system preceded another series of incoming storms this week that raised the potential for flooding, rising rivers and mudslides on soils already saturated after days of rain. (Sara Nevis/The Sacramento Bee via AP) 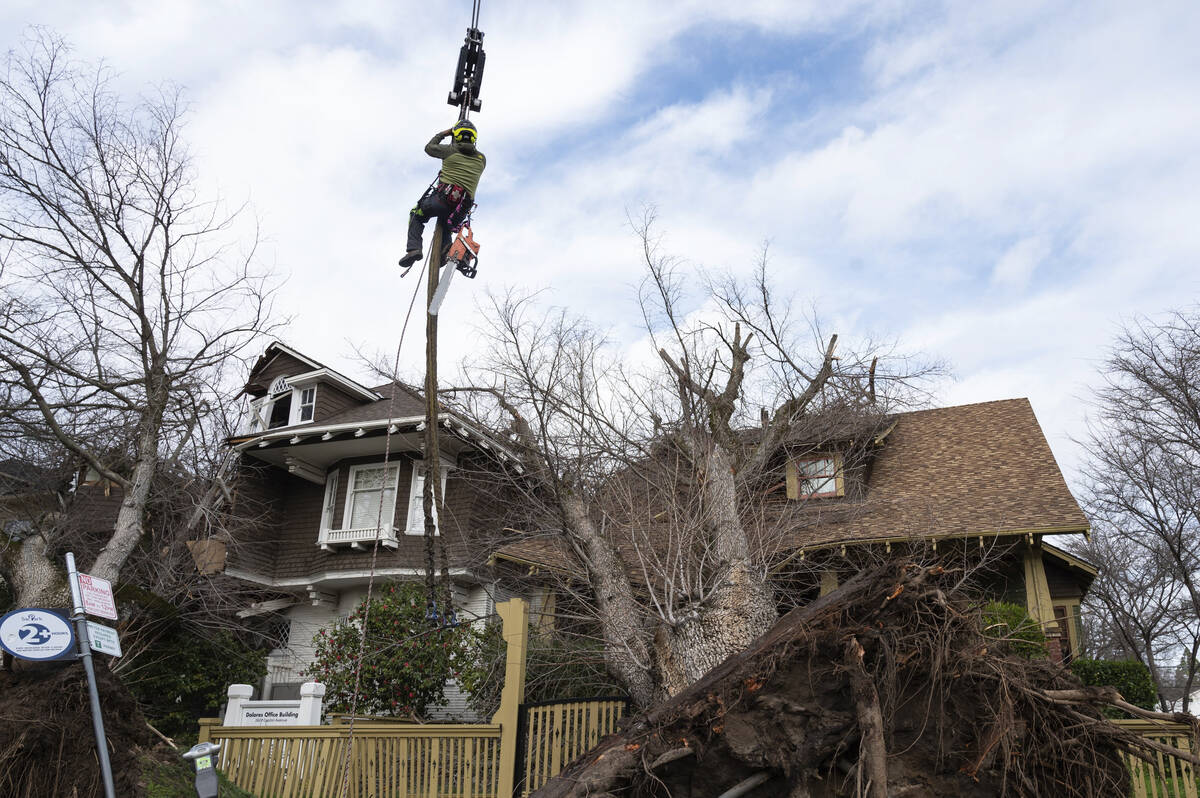 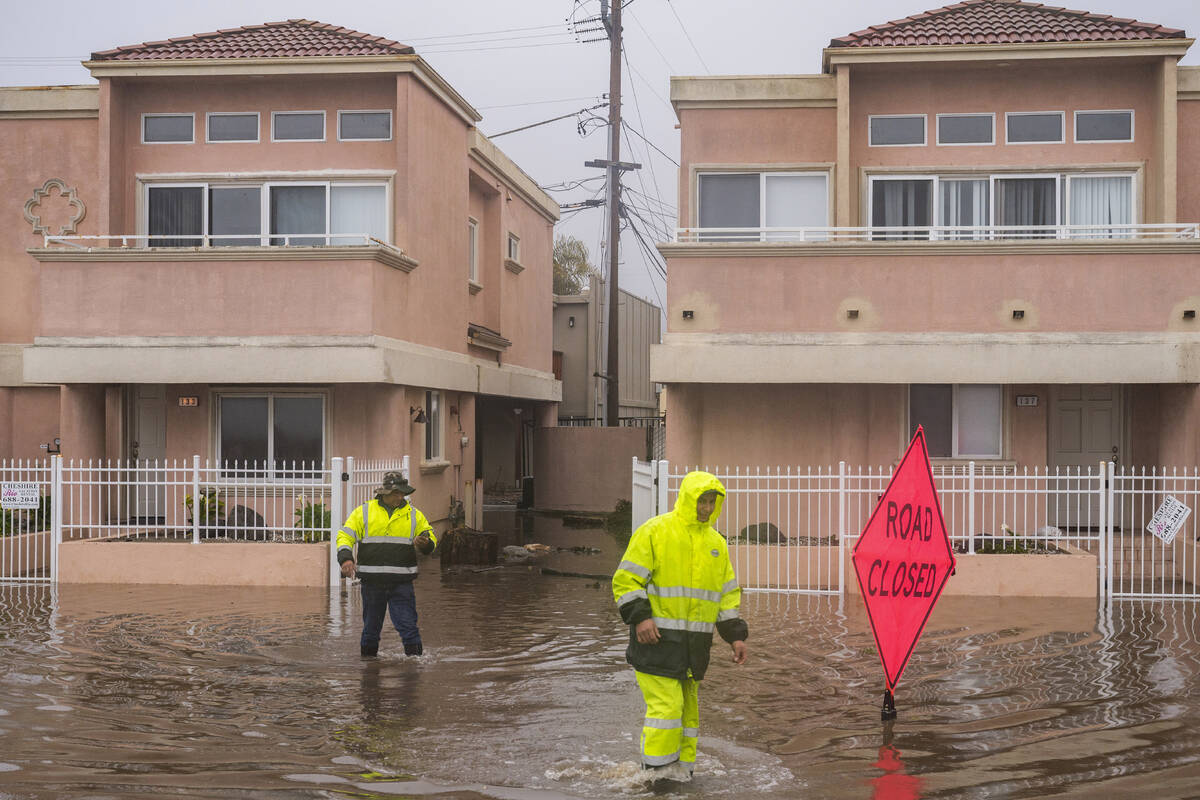 SANTA CRUZ, Calif. — The entire community of Montecito, California, and surrounding canyons were ordered to evacuate Monday amid a deluge of rain that has flooded roads and swollen waterways.

The evacuation order affecting about 10,000 people came on the fifth anniversary of a mudslide that killed 23 people and destroyed more than 100 homes in the coastal enclave.

Santa Barbara County Sheriff Bill Brown said the decision to evacuate came “based on the continuing high rate of rainfall with no indication that that is going to change before nightfall.”

Montecito Fire Chief Kevin Taylor said at least 8 inches of rain had fallen in 12 hours, with several more inches expected. The canyon communities under evacuation orders are under hillsides burned bare in recent years by wildfires.

Upscale Montecito is squeezed between mountains and the Pacific coast and home to celebrities such as the Duke and Duchess of Sussex.

Up the coast, evacuation orders were issued for about 32,000 people in Santa Cruz County because of swollen rivers and creeks.

Much of the state was being walloped by a major winter storm that inundated roads, toppled trees and knocked out power to tens of thousands.