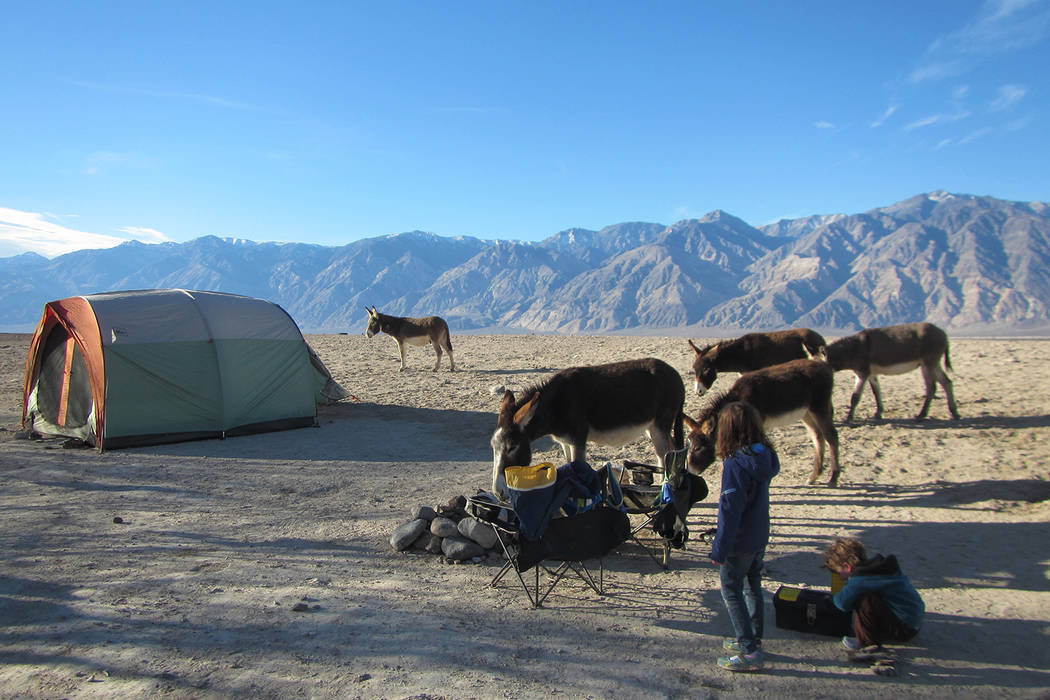 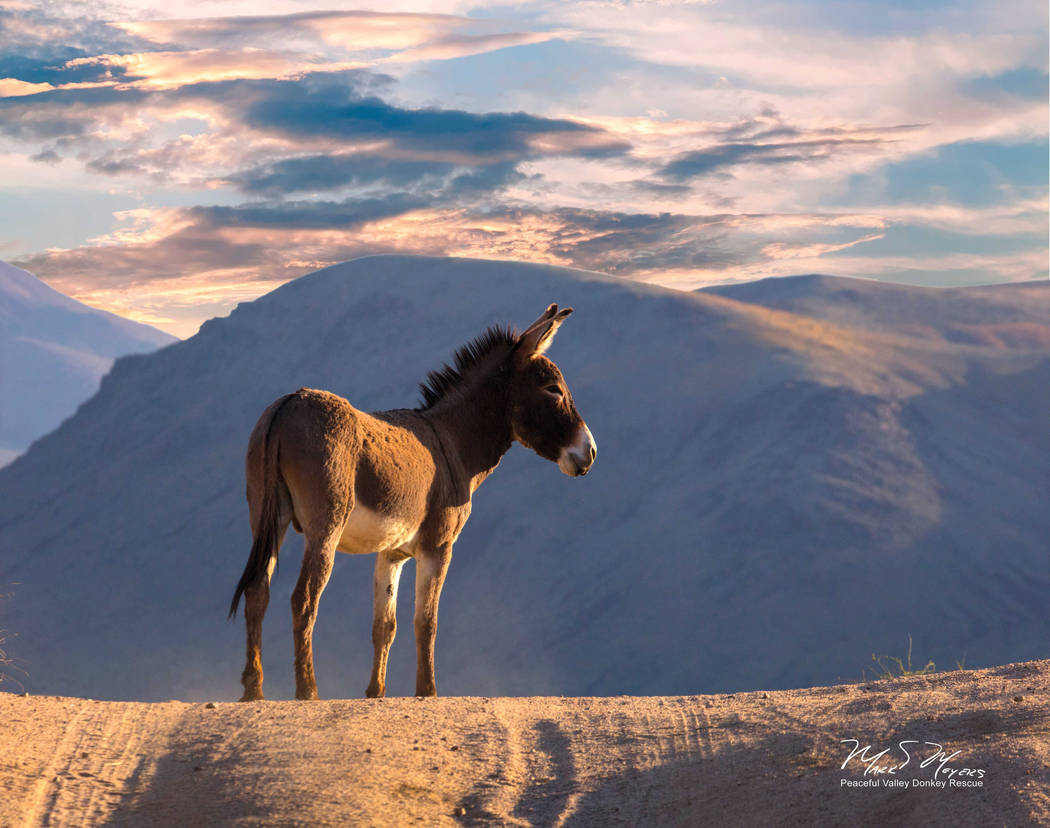 A wild burro stands in Death Valley National Park in an undated photo sent out by the National Park Service. The agency has entered into a five-year agreement with a nonprofit rescue group to remove all burros from the park. Mark Meyers Peaceful Valley Donkey Rescue

Death Valley National Park hopes to be burro-free within the next five years.

The National Park Service said Thursday it has entered into a contract with Peaceful Valley Donkey Rescue, a Texas-based nonprofit, to round up and remove up to 2,500 wild burros from the park 100 miles west of Las Vegas.

The animals are not native to Death Valley, but they have made themselves at home there, said park Superintendent Mike Reynolds. They damage springs and vegetation, create a safety hazard on park roads and compete for food and water with desert bighorn sheep and other native animals.

“Burros are not part of the natural California desert ecosystem,” Reynolds said in a written statement. “With this partnership, we have created a win-win situation for the burros, the park and taxpayers.”

Starting later this month, Peaceful Valley will lure the animals with food and water or drive them with wranglers on horseback into temporary pens. The burros will then be trucked out of the park to training centers to be prepped for adoption.

“Our main objective is to protect our wild burros. If they must be removed, we want to ensure that it is done safely with as little stress possible,” Mark Meyers, the rescue group’s executive director, said in a written statement.

“This is what they do,” Death Valley spokeswoman Abby Wines said of Peaceful Valley. “Their main mission is to rescue burros and put them up for adoption.”

Wines said the group has agreed to find room at one of its sanctuaries for any animals that can’t be trained or placed in new homes.

Peaceful Valley also plans to remove up to 2,500 wild burros from nearby Mojave National Preserve in California under the same five-year contract.

The operation is being paid for with private donations and grants to the group. Wines said the cost to the federal government is “pretty close to zero.”

Eliminating wild burros from Death Valley has been the Park Service’s stated goal since the adoption of a master plan for the 3.4 million acre park in 2002, but no roundups have been conducted since 2005.

So why now? “They’re multiplying,” Wines said. “We don’t really know what our population is, but we think it’s in the neighborhood of 2,000.”

The largest concentrations of burros can be found in Saline and Butte valleys and in the Wildrose area, she said, but the animals also have recently shown up in the Black Mountains south of Dantes View for the first time since the 1940s.

The National Park Service is allowed to remove them because it is not bound by the Wild Free-Roaming Horses and Burros Act of 1971, which requires the U.S. Forest Service and the Bureau of Land Management to manage and maintain the animals on public land.

The wild burros of today are not related to the larger animals used in the 20-mule teams that famously hauled borax out of Death Valley in the late 1800s, but Wines said they may be the descendants of old pack animals once used by prospectors in the region.

“That’s the foundation of the wild population in the West,” she said.

For one thing, Wines said, “it will be very hard to get all of them.”

And there is nothing to stop burros from neighboring parts of Nevada and California from making their way into Death Valley some day.

“We’re not going to fence the park,” Wines said.