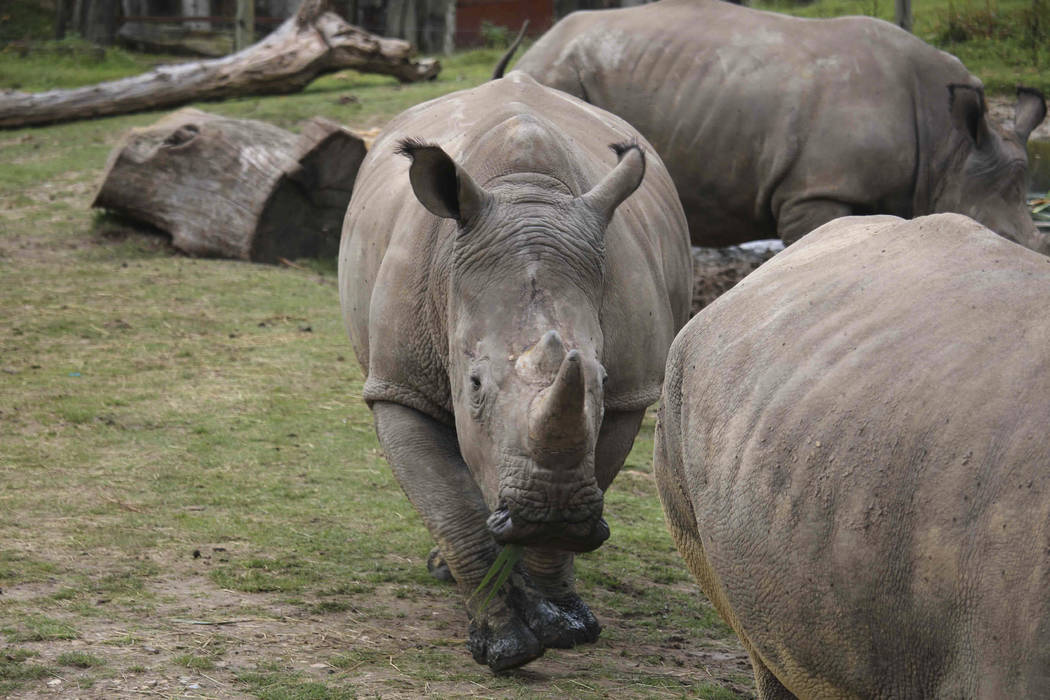 This undated photo provided Tuesday March 7, 2017, by the Thoiry zoo shows the rhinoceros Vince, center, at the zoo, west of Paris. A zoo director says a 5-year-old rhinoceros living in the wildlife park he runs near Paris has been shot three times in the head by poachers who stole its ivory horn. (Domaine de Thoiry via AP)

PARIS — A zoo director says a 5-year-old rhinoceros at the wildlife park he runs near Paris has been shot three times in the head by assailants who stole the animal’s horn.

Thierry Duguet told The Associated Press that poachers broke into the Thoiry Zoo overnight and used a chain saw to remove the horn from the rhino named Vince. Zookeepers discovered his carcass Tuesday in the rhinoceros’ enclosure.

Duguet says police are investigating and the suspects still are at large.

The Thoiry Zoo is famous for its safari park that can only be explored from inside a vehicle.

According to Le Parisien newspaper, a rhinoceros horn can be sold for up to 40,000 euros on the black market because of a strong demand linked to the belief that the horns have aphrodisiac powers.